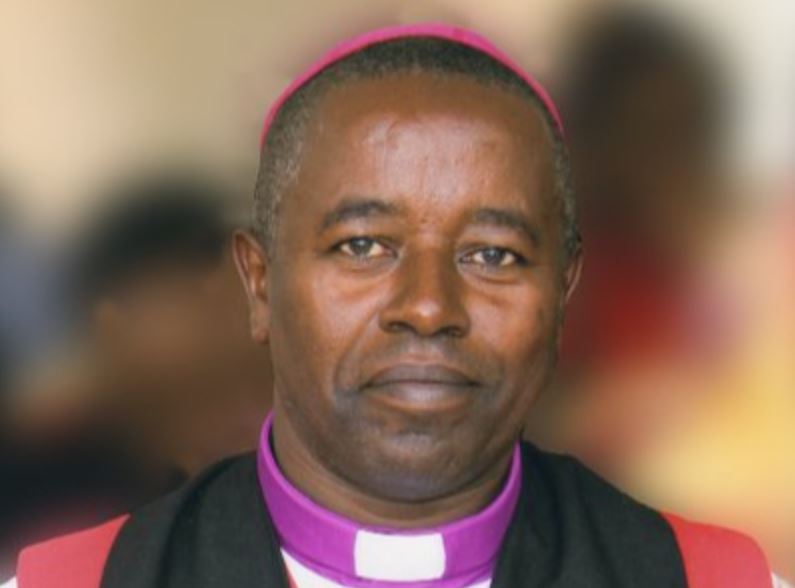 Bishop Joel Waweru of the Anglican Church of Kenya has been charged with sexually assaulting a woman.

According to the charge sheet, Bishop Waweru being a person in a position of authority persistently made sexual advances to J.N.M knowing or having reason to believe that such advances were not welcome by J.NM.

He was further charged with the second count of touching the breast of J.N.M indecently on July 13, 2021.

The court heard that the cleric committed the offences on diverse dates and different times at Otiende in Lang’ata sub-county within Nairobi county.

Police said the woman claimed the bishop also tried to kiss her but his wife entered the office but she did not notice anything.

The police report further notes that one day when she had a stain on her blouse, Bishop Waweru came to her office and indecently touched her breasts where the stain was which made her feel uncomfortable and uneasy.

A police report indicated that Waweru had sexually assaulted the woman since 2018.

The court was told that the complainant J.N.M was demoted from being the parish vicar and the archdiocesan at a church she was serving to a vicar. She was later transferred to a different church and her salary was deducted.

The woman reportedly complained that the man of God had on various occasions embarrassed her, asking her to tell the congregation he had never demanded sex from her as the rumours claimed.

Fornication and Faith don’t go Together, Coach Benjamin Zulu to Side Chicks < Previous
This is What’s Trending in Nairobi Today Next >
Recommended stories you may like: