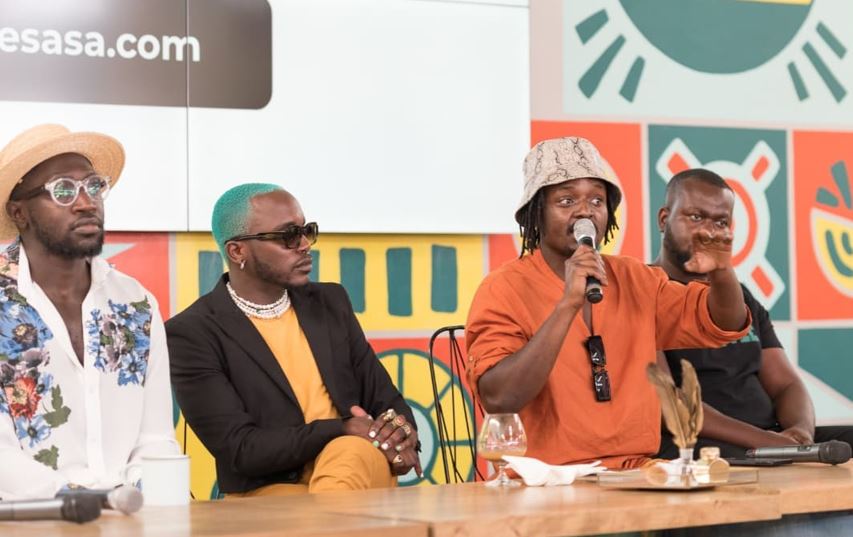 Sauti Sol are revved up to perform in Nairobi for the first time in two years. The top boyband will be hosting the ‘Sol Fest’ concert on Sunday, December 11 at the Carnivore grounds.

The show has since been sold out and the ‘Midnight Train’ hitmakers are keen to exorcise the demons of their canceled concert last year.

Speaking at a presser this week, Bien assured that Sol Fest will be different as they are in charge.

“This year we are in control of everything. The last one, which created a toxic relationship with our fans, was all planned by the promoter. The entire event is being handled in-house and we are setting the standard,” he said.

Polycarp Fancy Fingers reiterated that they are keen to set new standards in the Kenyan music industry.

“The lineup is fire as well. Thanks to our partners Homeboyz Entertainment, Radio Africa, you have done an amazing job and we are thankful,” he said.

“We want to change standards in the Kenyan music industry in terms of live performances.”

Other artistes in the lineup include Femi One, Nandy, Wakadinali, Chris Kaiga, Bensoul and Nviiri.

My Life is Like a Movie, says Size 8 Ahead of Ordination < Previous
Edwin Sifuna Trashes Jimmy Wanjigi’s Chances of Beating Raila Next >
Recommended stories you may like: