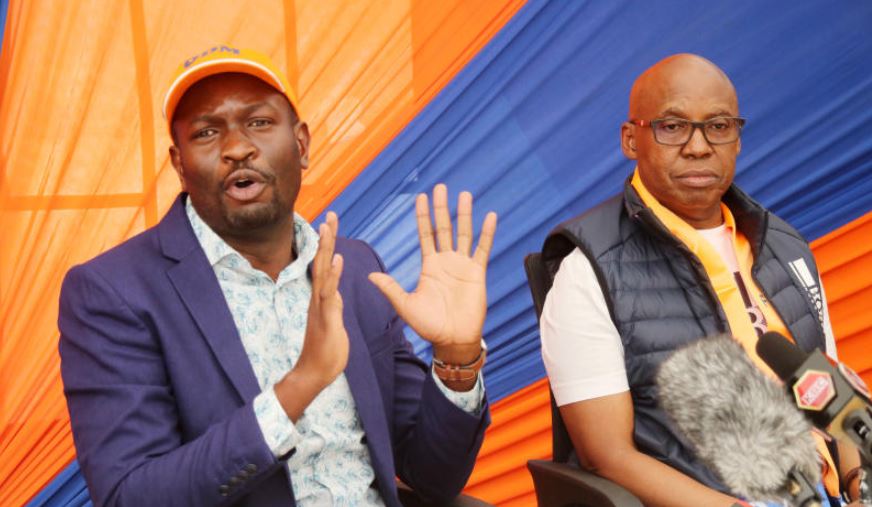 Jimmy Wanjigi does not stand a chance of beating Raila Odinga to the ODM Presidential ticket, Edwin Sifuna has said.

Speaking to KTN TV on Wednesday, the Orange Democratic Movement Party (ODM) Secretary-General said Wanjigi does not pose any competition to Raila.

He also maintained that Wanjigi did not officially submit his application to the party and was locked out of the nominations.

“The process was closed on March 31, 2021, and Wanjigi did not apply during the period. The only people who applied are two and they have pulled out to support somebody else,” Sifuna stated.

“I don’t think you can describe Jimi Wanjigi as Raila’s competition he has written a letter to the party requesting that the process be reopened then we can make a decision towards that,” Sifuna added.

The ODM Sec-Gen said Raila is the most viable candidate for the presidency.

“The only person who I have seen gain traction when the discussion about the viability of the candidate has been Jakwom.”

“Even within the party, even if Jimi Wanjigi was to be in charge of that process there is no possible way that he can be able to beat Raila Odinga in whatever field,” added Sifuna.

Sifuna sensationally claimed that  even if the United Nations was the one to oversee the ODM nominations, Raila would still beat Wanjigi hands down.

“He has been unable to convince me and show me the pathway to victory. Out of about 38 people, there is only one person I have seen following him,” said Sifuna.

According to the ODM official, Wanjigi is aiming too high and he should try to vie for a lower seat such as MCA.

“Before you will be able to put together the sort of support that would propel you to the presidency, it is not a joke. It is something that people have to see you in such a light over a very long period,” Sifuna said.

He added: “This is someone who has been able to earn the people’s trust over a period of more than 40 years of public service; you cannot just compare that with someone who just shows up and claims that he wants to run, he needs time, we need to see him as MCA.”

Sauti Sol Promise to Set New Standards at Sol Fest < Previous
Junet Mohamed Not Aware That Jimmy Wanjigi is a Presidential Candidate Next >
Recommended stories you may like: