Bahati Responds to ‘Haters’ Telling him to Divorce Diana Marua 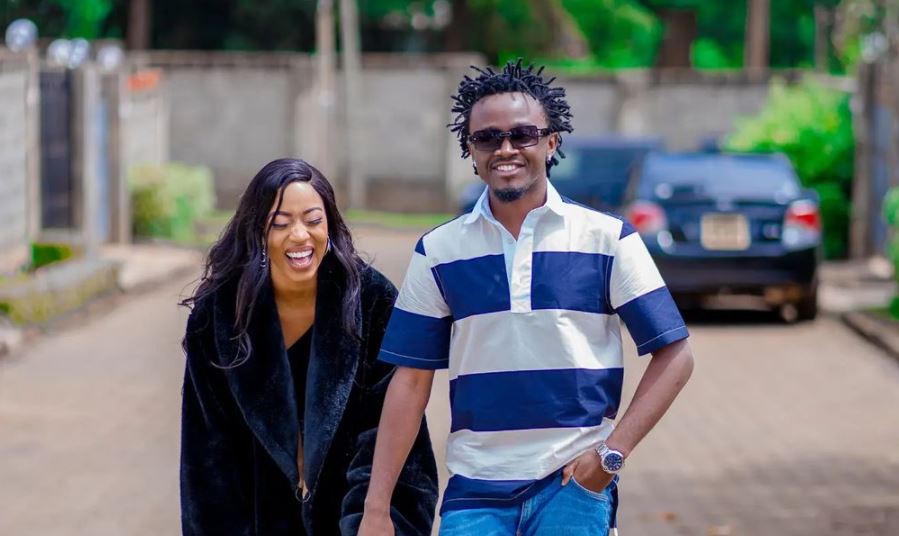 Bahati has responded to calls from a section of fans that he should leave his partner, Diana Marua.

The singer noted that many people have been asking him to dump Diana B after allegations emerged that she had a romantic relationship with Willy Paul.

In an online video, Bahati told off his ‘haters’ saying he will stick by his rapper wife.

“I want to state that I am not sorry to every hater outside there who wants me to break up with my wife… You want us to break up, then? Get a life,” he said.

Bahati further bragged that those who want him to dump Diana Marua are interested in her but don’t have the finances to take care of her needs.

“If I give you this girl, will you maintain her? Do you know how expensive she is?” he posed.

The musician also dismissed claims that he colluded with Diana to accuse Willy Paul of attempting to rape her.

“They are saying we did all that for trends. You should also break up with your wife we see if you will trend,” he said