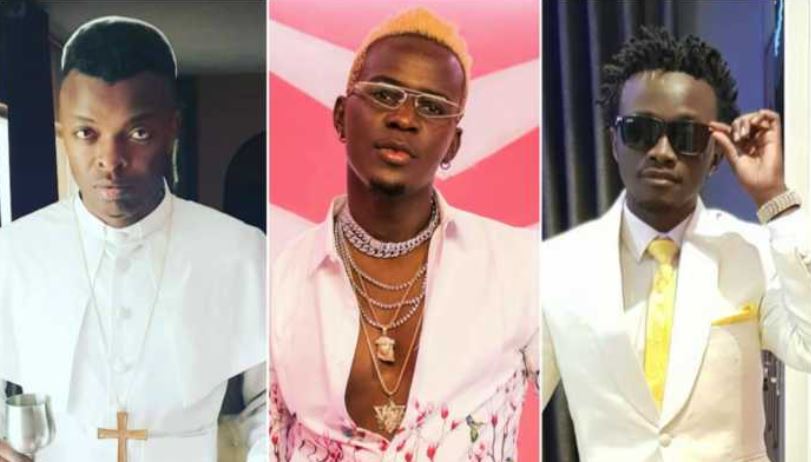 As you would expect, controversial gospel artiste Ringtone Apoko had something to say about the newest controversy revolving around Willy Paul, Diana Marua and Bahati.

Speaking to reporters, Ringtone said the musicians should leave the past behind and concentrate on their music.

According to Ringtone, none of the three are innocent.

“Willy Paul, we all know that you are not clean, even today I am sure you were involved in some immorality. So stop telling us that. It doesn’t involve us,” Ringtone said.

He told Willy Paul to leave Diana Marua alone as she is somebody’s wife.

And to Bahati, Ringtone cautioned him against using his wife to create a scandal so that people can sympathize with him.

The singer said Bahati is more immoral than Willy Paul and therefore should not seek sympathy from the public.

Bahati Responds to ‘Haters’ Telling him to Divorce Diana Marua < Previous
Sanaipei Tande’s Secret to Dealing With Cyberbullies Next >
Recommended stories you may like: