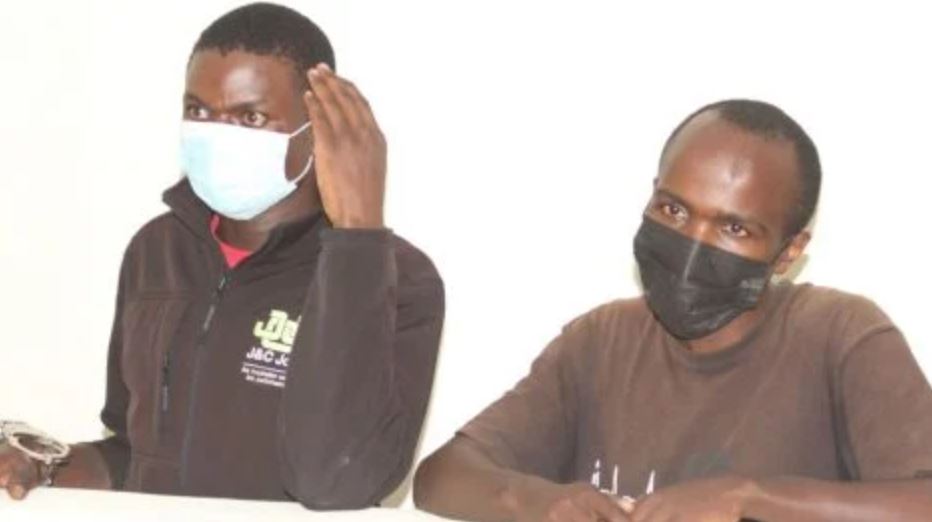 Two suspects accused of abducting, raping and robbing a university student in Nairobi have been charged with robbery with violence.

The court heard that they accosted the student at around 7 pm while she was crossing over from KNH on her way from Kenya Medical Training College.

Armed with a gun and a knife, they led to a nearby railway line within Kibera slums where they robbed and raped her.

They stole a mobile phone worth Sh25,000, a laptop worth Sh28,000 and a wallet containing her national ID card and other documents.

The suspects then called the student’s family and friends using the stolen phone and demanded cash. More than Sh15,000 was sent before the suspects transferred the money to a mobile phone number belonging to an accomplice.

They then escorted the student back to the footbridge at dawn the following day.

The victim sought treatment and reported the matter at Kilimani police station. Police traced the two and arrested them.

Kenya’s Big Five, Why They are a Big Deal and Where to Find Them on Safari < Previous
How Obinna Lost Employer’s Money to Wash Wash Scammers Next >
Recommended stories you may like: