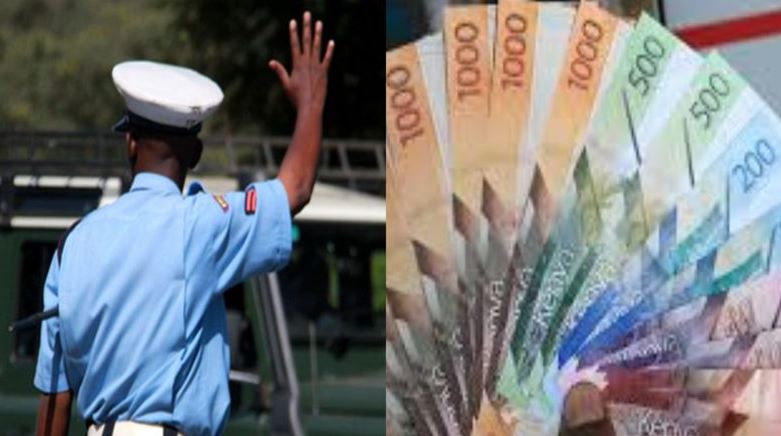 A traffic police officer accused of accumulating Sh47 million through bribery has agreed to forfeit Sh26 million to the State.

Police Constable Jamal Bare Mohammed reached a deal with Ethics and Anti-Corruption Commission (EACC) to surrender the money in a bid to settle a case that has been pending in court since 2017.

The antigraft agency has been pursuing Sh47 million from the officer but the Sh26.1 million had been frozen at Equity Bank, awaiting the conclusion of the forfeiture application.

“The sum of Sh26,193,071 held in Equity Bank account number (withheld) in the name of Jamal Bare Mohamed be and is hereby forfeited to the government,” the agreement adopted by Justice James Wakiaga stated.

During the hearing of the case last year, the EACC produced video evidence showing the officer receiving bribes from motorists.

EACC said it started recording him after receiving complaints from members of the public.

“During the six years, we established that he had cumulative assets, cash and land valued at Sh47 million. He had banked Sh26 million, which has been frozen through a court order,” EACC’s Philip Kagucia said.

The officer was given an opportunity to explain how he made the money but EACC found his explanation unsatisfactory.

It was also established that the 44-year-old officer had submitted falsified wealth declaration forms.

The officer, who joined the police in August 1996, started negotiating with the EACC last year and made a proposal for a settlement.

But EACC rejected the officer’s initial proposal because the figure he was seeking to surrender was deemed too little.

EACC also targeted a parcel of land in Thika, which he purchased at Sh3 million as well as a motor vehicle.

But after agreeing to surrender Sh26million, Bare will keep land and car.

Watch: DP Ruto Chides Kang’ata For Donating Sh40,000 < Previous
Wetangula Invites Raila To Join OKA as an Equal Partner Next >
Recommended stories you may like: