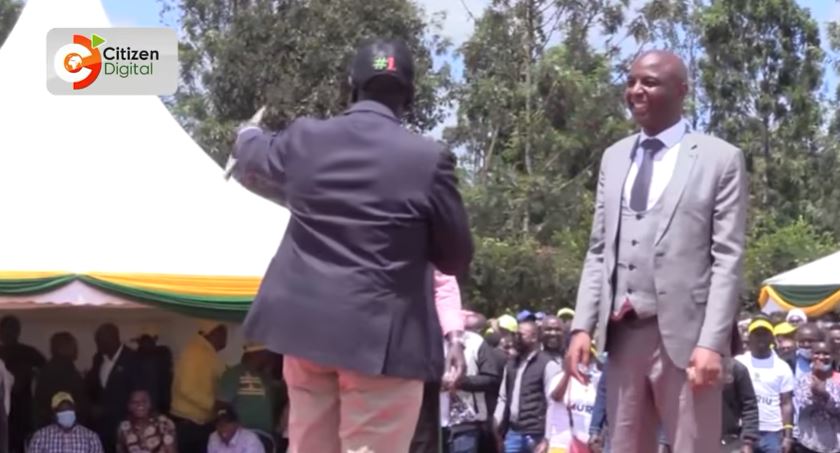 For a man who is said to give out cash handouts of Sh100 million every month(according to Raila), Deputy President William Ruto was well within his rights to embarrass Murang’a Senator Irungu Kang’ata for donating a measly Sh40,000.

The two were at a fundraising drive in Murang’a county on Tuesday when DP Ruto chided the senator.

Ruto told Kang’ata that his contribution was barely enough for someone who is seeking a gubernatorial seat in next year’s General Elections.

The DP asked Kang’ata to add another Sh60,000 and even offered to lend him the cash.

Senator Kang’ata obliged, stepped off the podium, and returned moments later with the additional Sh60K.

Everything Trending in Nairobi This Thursday < Previous
Traffic Cop on Sh33K Salary Would Deposit Sh200K-500K Every Week – EACC Next >
Recommended stories you may like: