Wetangula Invites Raila To Join OKA as an Equal Partner 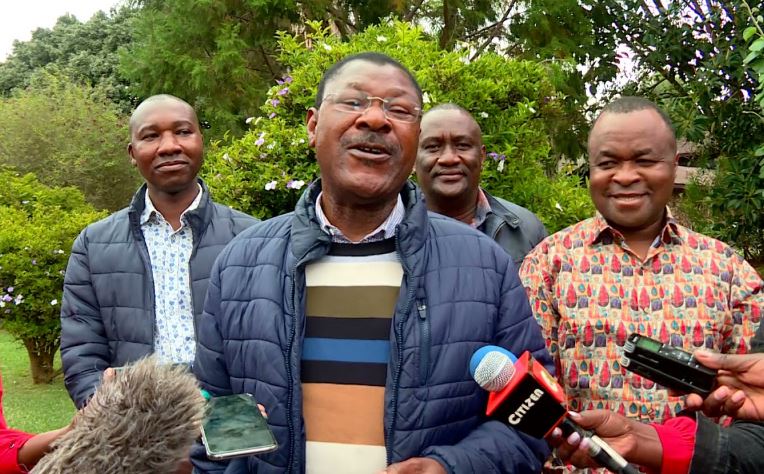 Wetangula said that Raila is free to join One Kenya Alliance (OKA), but only as an equal partner.

“If Raila sees the importance of joining us, he will be a first among equals but not that he will come and dictate what happens here. You never say never in politics. Who knew Raila and Uhuru  would come together and call each other brother? Anything is possible,” he said.

The Bungoma Senator was speaking on Sulwe FM. He is a principal in OKA, alongside Musalia Mudavadi of ANC, Kalonzo Musyoka of Wiper and Gideon Moi of KANU.

They insist that they will go all the way, but it is believed that most if not all of them will eventually get behind one of the two horses, namely; Raila or Ruto.

However, they have promised to name their preferred presidential candidate in 8 weeks.

Meanwhile, Wetangula will be endorsed as Ford Kenya’s flagbearer at a National Delegates Congress on Thursday.

Traffic Cop on Sh33K Salary Would Deposit Sh200K-500K Every Week – EACC < Previous
Millicent Omanga To Alfred Mutua: “Ukiachwa Achika” Next >
Recommended stories you may like: