Ruto’s Office Denies Report That They are Denying Bodyguards Food 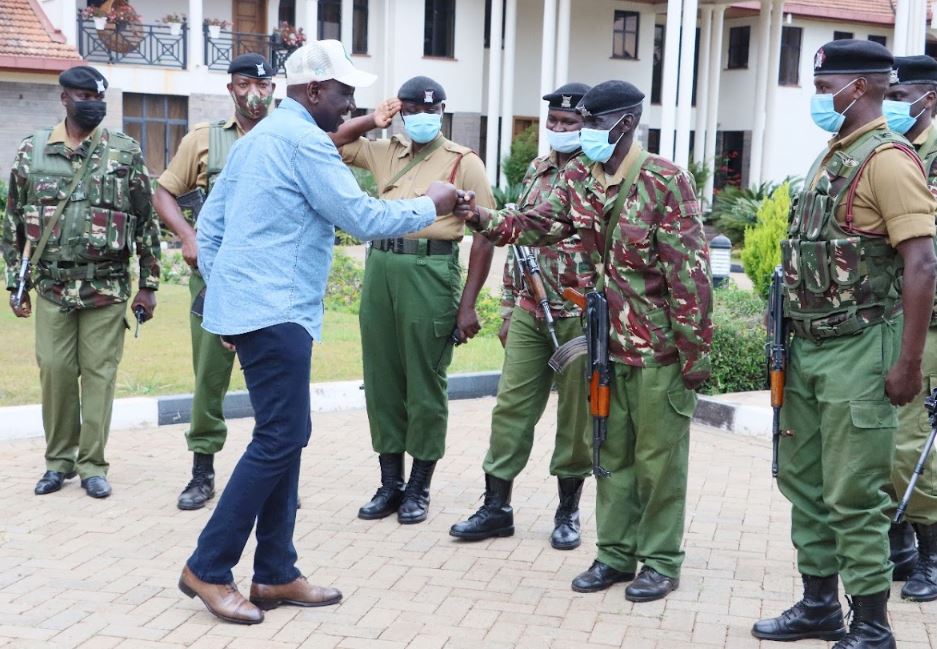 The Office of the Deputy President has denied reports that they are not allocating food for the officers protecting the second highest government official in the country.

A letter dated Thursday, November 11, and signed by Internal Security Secretary, Wilson Njenga, requested that the DP’s office either starts providing food for the police officers, or allocating food allowances to them.

According to the letter, the GSU officers who were very publicly replaced some time back, were offered meals consistently. That has however not been the case with the DP’s new protective detail.

“This is to bring to your attention that the above officers have not been consistently provided with food rations or meal allowances to enable them to discharge their mandate effectively and efficiently.

“This is in contrast to their counterparts from GSU whom they replaced and who used to get food rations The purpose of this letter, therefore, is to request that you reinstate the food rations for the officers currently deployed in the two residences for optimal service delivery,” the letter reads.

However, Ruto’s Communication Secretary, David Mugonyi dismissed that letter, saying that the officers are well fed.

“We have provided them with food. The only complaint I am aware of is delays to pay their allowances.

“The officers are under the office of Inspector General of Police. Their welfare is catered for by that office. Even the GSU were under the IG,” Mugonyi stated.

US Secretary of State Anthony Blinken To Visit Kenya Next Week < Previous
Football Kenya Federation: Disbanded and Dishonored Next >
Recommended stories you may like: