Police: Wanjigi Was In Possession of Prohibited Semi-Automatic Assault Riffles 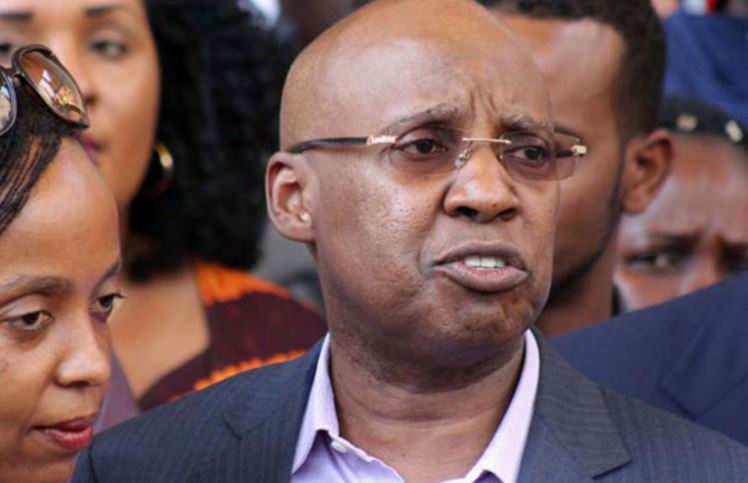 On Thursday, a Nairobi court ordered that Director of the DCI George Kinoti be jailed for 4 months.

This was for contempt of court, in a case filed by businessman Jimi Wanjigi. Wanjigi wants the court to order Kinoti and the police to release firearms confiscated from him in 2017 after the general elections. He argues that they are legal firearms that were unlawfully taken.

The judge ordered Kinoti to surrender himself to prison within 7 days, further ordering the Police Inspector General to enforce that ruling. The court made it clear that the warrant can be executed anytime, including after the DCI boss leaves office.

A police report has now surfaced, shedding some light on Wanjigi’s history with firearms. According to the report, the businessman has had his firearm license revoked two previous times before the 2017 incident.

After the first revocation, he somehow managed to get another license, but that too did not last and he was ordered to surrender his firearms and ammunitions. Just like the first time, his civilian firearm certificate was later reinstated.

He went shopping, acquiring at least 5 firearms. 4 Glock Pistol, 2 assault rifles and a Smith and Wesson were found in his possession in 2017. However, police established that only five of the firearms belonged to him, with the other two belonging to other people.

Wanjigi was also in possession of 688 rounds. 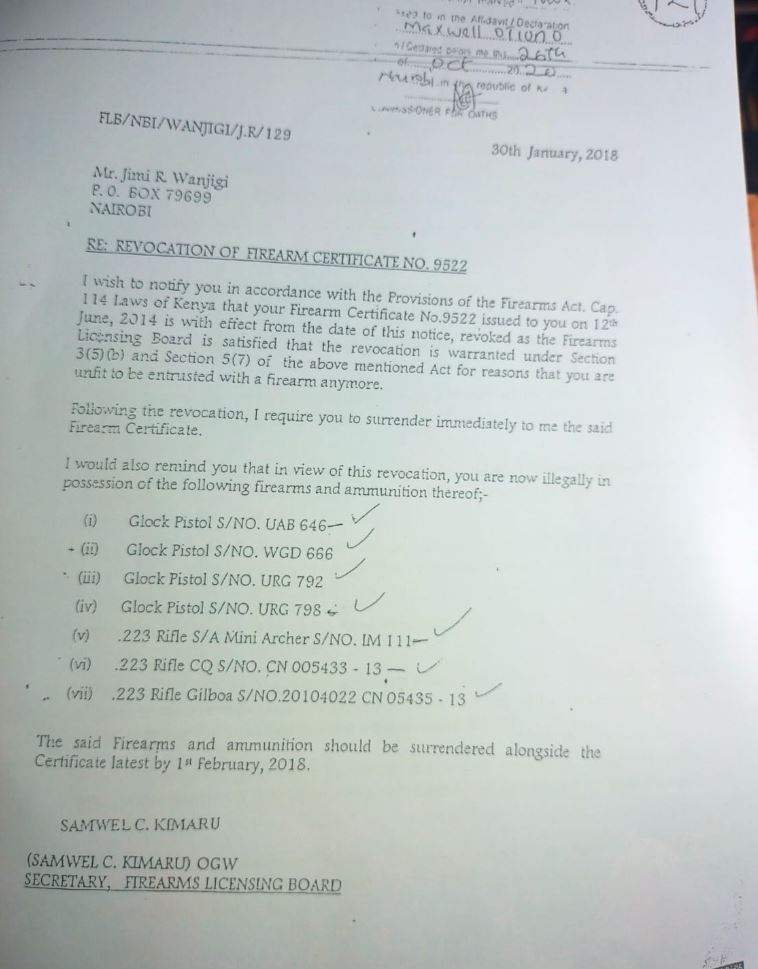 Police still believe that the businessman turned politician is still in possession of more firearms, stating that he has acquired a total of 16 between 1997 and 2014. He however insists he has nothing more to surrender.

Two of the recovered assault riffles, the police argue, are semi-automatic and fall in the category of prohibited weapons under the Firearms Act.

“On the 7th February, 2018 the investigating team submitted to the Ballistic Expert the two assault rifles for examination and later received a report confirming that the two rifles namely CN005433-13 and Mini Archer S/No. 213-IM11 were semi-automatic assault rifle designed to Chamber Ammunitions of Caliber 5.56mm x 45,” the report stated.

Wanjigi and the person who sold him were thus charged for their possession.

Justice Chitembwe Accuses ‘Nephew’ Sonko of Witch-hunt Over Kananu Petition < Previous
The Trending Pics and Tweets This Friday Next >
Recommended stories you may like: