Khali Cartel 4 Will be a Movie, says Khaligraph Jones 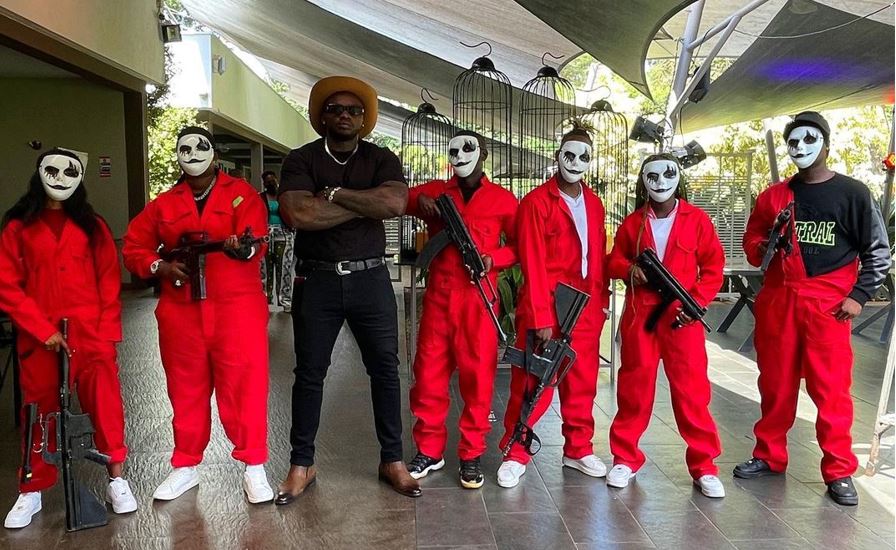 Khaligraph Jones is working on the fourth installment of Khali Cartel, his annual rap cypher in which he collaborates with select rappers.

Khaligraph says Khali Cartel 4 will be a movie as evidenced by a video he shared on social media.

“Afrocinema next week is gonna be fire,” he captioned the video with armed security guards.

The rapper says he will not include Khali Cartel 4 in his forthcoming album, ‘Invisible Currency’.

“I have been shooting for the past three days, it is not a song but a movie. It is not part of the album.”

On the issue of curtain-raising for foreign music acts, Khaligraph said he does not mind; he would even certain raise for a local musician.

“If that is the case then I have been curtain-raising for Bahati and whoever. If you call me for a show I would tell you to put me first so I can finish and go home, leaving others to fight,” he said.

Adding: “The event organiser allocates time, it is not about curtain-raising. As long as I am paid, I will finish the show and go home.”

Jones also addressed rumours that he uses steroids after he was seen in a video consuming a powder-like substance at the gym.

“Those are just supplements people take, they are just refined foods that can get into the system fast,” he said.

“If I want to take proteins, I can take a protein shake instead of going to cook. They are not drugs or steroids. I have not used steroids.”

Most Popular Sports Among Kenyan Punters < Previous
5 Itierio Girls Students in Court For Attempted Arson of School Dormitory Next >
Recommended stories you may like: