In Conversation With Cyrus Jirongo 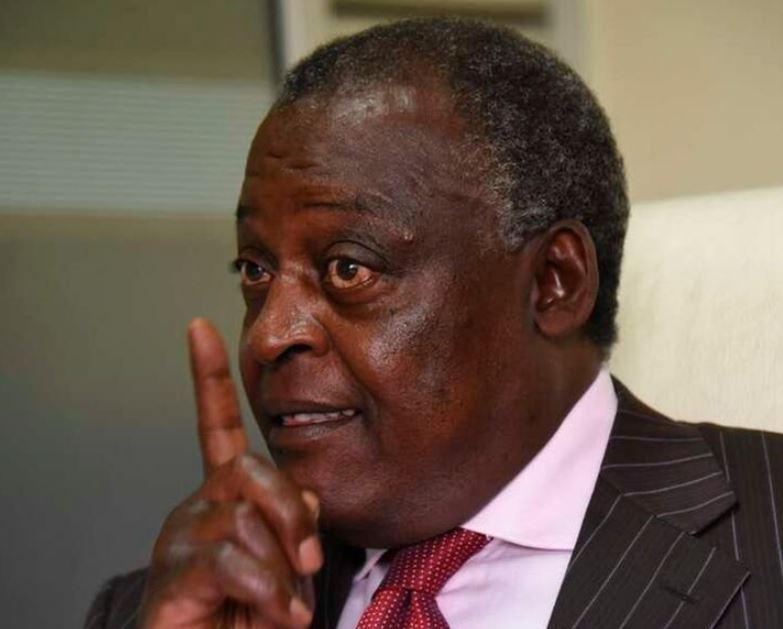 Here are some excerpts;

Who will fly the OKA presidential flag?

We will cross that bridge when we get there. But the people of western where I come from are very clear; we want the presidency but the minimum we can take is the number two slot. Now that the President cannot sack the deputy, and now that it’s called the presidency, a Deputy President post is as good as number one.

Some MPs are pushing for changes in the laws to give the President powers to dismiss the deputy at will. Do you support that?

I cannot support such. Ruto today has his security of tenure, he cannot be sacked, he gets his salary, he has his office, and he has his powers just as the President. Now, we have a presidency instead of a president. The DP can object to your plans. I will not accept that and that is a good thing democratically speaking.

Can you work with DP Ruto again?

William Ruto is my friend as a human being. But it will be impossible for me to work with William Ruto at the moment or in the future because that accumulation character has pronounced itself more and more as he grows up.

But you need him more than he needs you… He is more successful than you are.

It depends on what you call success. Can we say Idi Amin was successful because he was the President of Uganda? Do you call that success? He took what belonged to Asians and ordered them to leave Uganda. For some time, he was very popular with Ugandans because he was taking riches and giving to the poor. Is that success, and how did it end? I do not call it success. In the end, his true self showed.

You can accuse me of having many women and children that is the crime I commit, but you cannot accuse Jirongo of stealing from the public. You can only say he built some houses here, he sold them to so and so, but never will you accuse me of stealing public funds. I was a minister in Moi’s government, go and see if you can find where you will say that I made 10 shillings and that I stole it from the government. Never.

What is the greatest thing you learnt from Moi?

Mzee Moi was a firm man, he organised his family well. I have been with the family. They are respectable. They are a family many Kenyan families should emulate. There have not been any squabbles. Bringing up your children to be friends with each other is one of the biggest successes you can achieve, not children who will start fighting once you die. Kenyans should emulate that and ensure our children are friends. 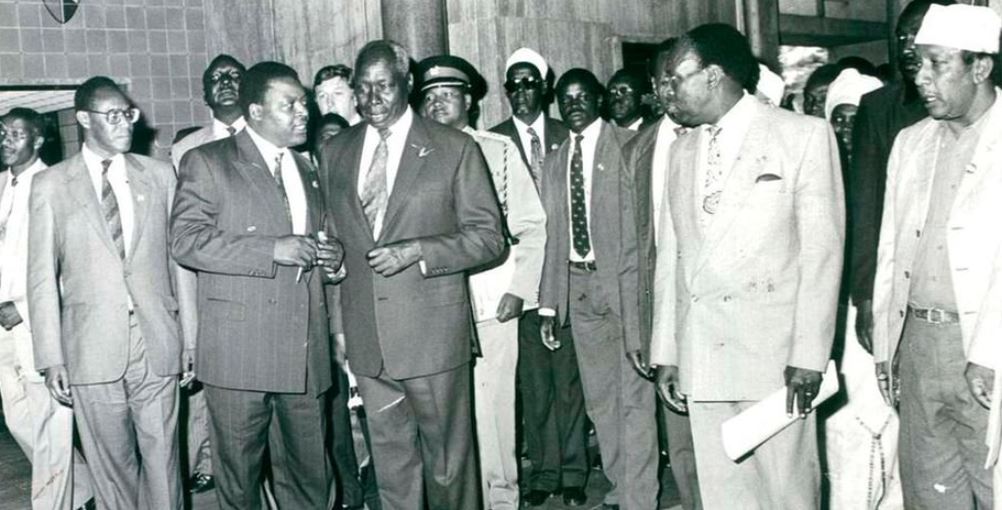 You made a lot of money but are currently in court over unpaid debts. Are you broke?

Sometimes I have money, sometimes I do not have it, which is normal. If you have money all the time, then something is not right. Sometimes you have, but sometimes I feel pain just like every other Kenyan.

You lost some, if not most, of your investments for what some say were miscalculations or being over-ambitious. Would you do things differently today?

I developed Hazina, Nyayo and the Syrus estates in Kayole (what they call Saika), Nairobi. It was not over-ambition, I only lived ahead of time. Developers are building off-plan houses now, I did that over 30 years ago. I was just ahead of things. Even today, there are certain things I talk about and people wonder if I am normal. I was just thinking ahead and I did so successfully.

But you have been accused of land grabbing, including the 1,000 acres the government repossessed from you in Ruai…

Ruai land was an issue. I never got an allotment from the Kenyan government, if anyone tells you that Jirongo got an allotment from the Kenyan government, he is lying to you. In the case of Hazina Estate, I bought the land. When I was fighting with Biwott and the rest, they decided “we will just pay him for the construction work he did”, they did not want to give me the value of the land.

In Ruai, it is an issue of the government taking your property by force, they do not want to pay you. Ruai land would in those days sell for Sh3,000, so let us finish this man, they thought. That was the story, but with years, it has gained value. The government will have to compensate me. It is just as simple as that.

What is the final settlement on it?

It is not settled yet, we are in court.

A number of your friends say that your major undoing is that you splash money around and are generous to a fault, that you can have Sh10 million today and fail to afford a meal tomorrow. Is that so?

What did I come with to this world? Why would I deny you to enjoy the extra that I have, that I want to hold it. When I came from my mother’s womb, I had nothing. It is through giving that you receive.

Do not watch a friend go through pains and problems because you are hoarding for your children. That is how we end up with drunkards because that person is cursing. If you have, do with your whole heart, that is the whole purpose of living, service. That is what is interesting in life.

When somebody tells you ‘thank you’, you feel very nice. That is the purpose of life because you have served, because somebody appreciates what you have done. I believe that is what we must all do as human beings.

Families of prominent leaders have been left in chaos either for lack of a will or leaving a contested one. Do you have a will for your family?

My children are very good friends, they do not need a will. You see the way children grow, to understand somebody, you need to watch them in various instances. When they are alone, and they do not know you are watching. When they have money, when they are with their girlfriend, you tend to get a real feel of what your son, daughter is. I do believe they are good people because I have watched them grow, marry, earn money. I have seen how they behave with money and when they don’t have it.

That may change when you are not there, especially because they have different mothers.

How many children do you have?

(Laughs) Wanga, you know that we do not count children where we come from, you know it. We say we have many children, so I have many. They are several.

How many wives do you have?

That is also another topic on its own. They (children) come from several mothers but that does not make them not to be friends. They have grown up together, I have taken them to school together, there is nothing like this child belongs to this or that mother. It does not matter who their mother is, they all come from my house.

There is a time they used to go to Makini School in a bus. I had a minibus for all my children, you must have had that story. All my children used that minibus. They do not know those stories about daddy’s girlfriends. 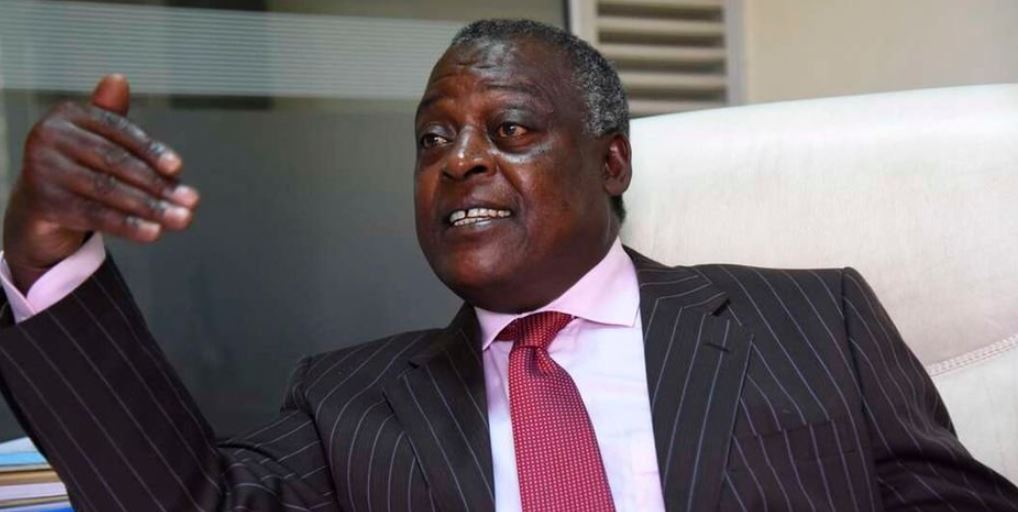 Would you advise the youth to have more than one wife?

The law allows polygamy. The law would not have allowed it if it was something bad. The law is just trying to remove you guys from where you are hiding because you all have mistresses. The law is just telling you, guys, do not bring us problems when you pass away, just do it, it is okay. Let the other members of the family know that she is not the only one. How I can advise a man? All of them are polygamous by nature.

Don’t your wives have a problem with you bringing other children to their homes?

Whether they take it well or not depends on the man. You have to put your foot down. You do not open that up for debate. When it comes to my children we do not discuss. Mtoto atakuja nyumbani (the child must come home). Otherwise, why are you a father? Why are you the leader of that home?

You know in your case, you are a man of means so you can afford. It is…

You are forgetting there was a time I slept in jail because I could not pay Bran Yongo 10 million shillings. People paid for me, including President Uhuru. Sometimes I have, sometimes I do not have because I do not have formal employment. I am a businessman where today you make a profit and tomorrow you do not. Sometimes you have too much, other times you do not have, totally. They have also come to understand the dynamics of business.

What are some of the dos and don’ts in polygamy?

There is no uniform script for that. Let me tell you, those who pretend every Sunday that I am with my wife and we are going to church and so forth, it is a shocker. They are not living in reality. So much pretense around.

In the animal kingdom, where does an animal have one wife? And we are animals, the appetite for the male species is propagation of its genes and when you look, be it a lion or any other animal, they all try to own as many as possible. And I think that is how God made us anyway. Just be honest, do it openly and don’t leave problems behind where people are fighting saying they do not know each other. Be open.

That child is just as good as the children of your wife, give her or him his right to be known as your child and let that child feel proud that you are the father. Do not deny the child the good things. God meant the child to have a mother, a father, to be proud of her father. You know for children, the biggest hero is their father, they think no one can beat their father, so why do you deny them that? They think we are everything, do not deny your children that.

What ails our politics?

Sometimes, some of us do not understand what politics is. I believe that I don’t understand politics very well because I have never seen a deceptive game like politics, and if you live an honest life and want things to be done honestly, you will find it very rough in politics.

Unfortunately, I am a son of a pastor, brought up by my mother, she died in 2014. She was a deeply religious woman and we were taught to be truthful, to say what is wrong without blinking.

We apologise when we make a mistake, repent when we sin. In politics there is no repentance, no apology, no wrongdoing; everything you do is justifiable and I think that is why I stood back to relook the whole thing.

There is a lot of coating of words in politics unless you are very careful and look at the body language of whoever is speaking, look at his eyes, see that he does not blink or look aside, it is very hard to tell when a politician is telling the truth and that is my biggest weakness. My biggest weakness is that I speak the truth. Time has come when I feel indecency has gone beyond, craftiness gone beyond and we must come in and force sanity into politics.

Mt Story – Living With Dwarfism < Previous
TV47 Now Available on GOtv on CHANNEL 102 Next >
Recommended stories you may like: