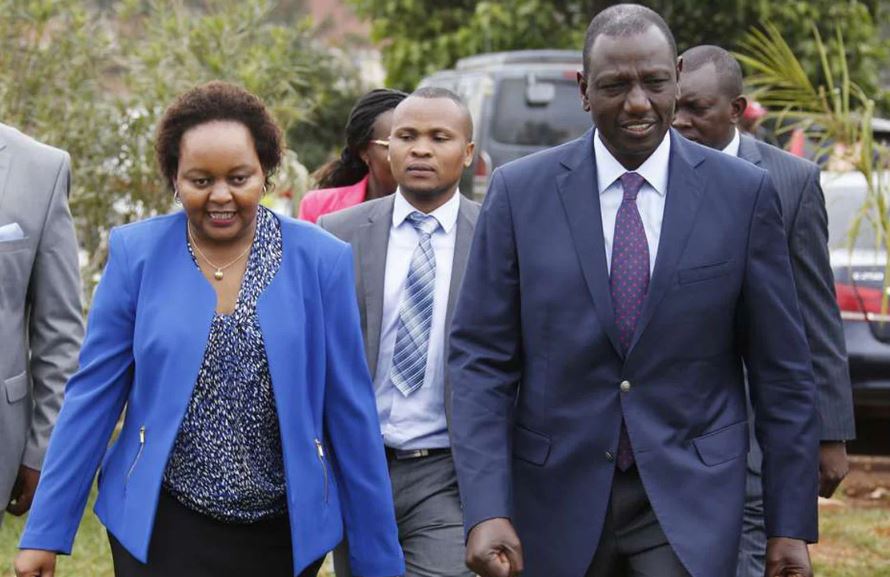 Waiguru, who will be seeking a second term as governor in 2022, met Ruto on Tuesday morning at the DP official residence in Karen.

She said that she has listened to supporters on the ground, and they are all singing the hustler tune.

Waiguru was accompanied by 23 Kirinyaga Members of County Assembly, which is a big majority. That would be interpreted that the county has decided to go in one direction.

The governor’s move to Ruto’s camp is not at all unexpected. She has hinted in recent weeks that the ground beneath her had shifted, and that Jubilee was a dead party. It was seen as just a matter of time before she officially decamped.

Her move to UDA, a whole year before the election, is perhaps meant to insulate her from party shifting rules. Further delay would have also seen her face competition from early Ruto supporter and Kirinyaga Woman Representative Wangui Ngirici, who all along was expected to be the UDA flagbearer for the governor race next year.

In her own words, Waiguru recently acknowledged that that was a nightmare scenario for her.

“If I ran today on a Jubilee ticket and someone else ran on a different party, even if people felt I had performed , it would be hard to convince them to vote for me,” she said.

DP Ruto – My Friend Uhuru Taught Me How to Climb Mt Kenya < Previous
Kirinyaga Woman Rep. Wangui Ngirici Reacts To News of Waiguru Joining UDA Next >
Recommended stories you may like: