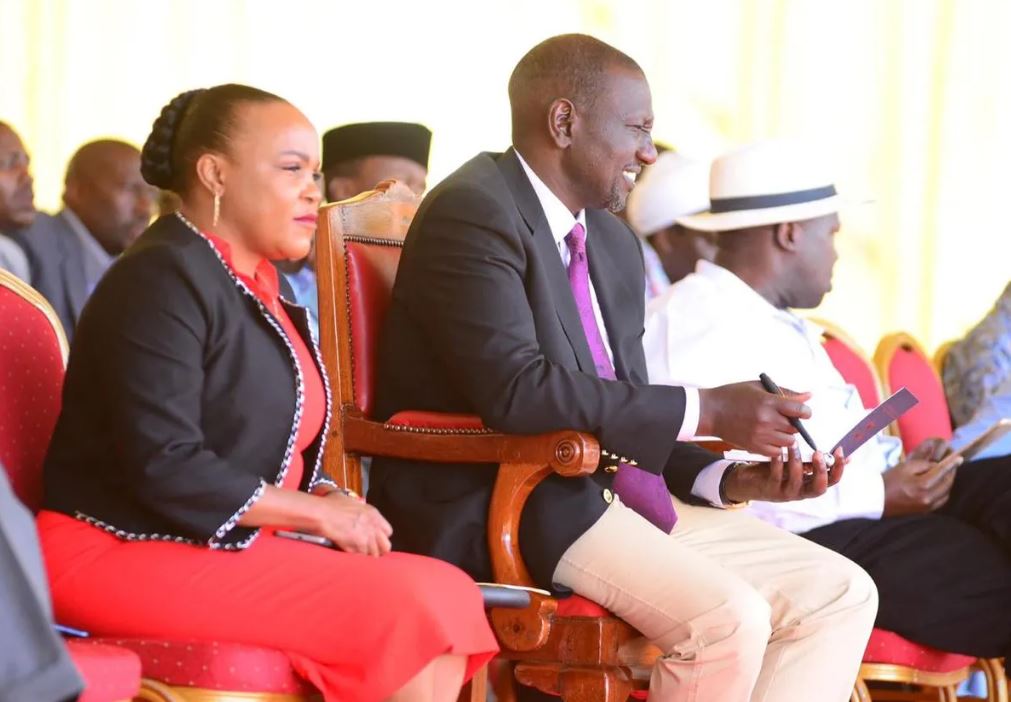 Waiguru met Ruto at his official residence in Karen, and said that her supporters on the ground had demanded it.

The governor had hinted in recent weeks that she was indeed headed towards that direction.

Prior to her joining Ruto’s camp, the UDA ticket for Kirinyaga governor was widely expected to go with Kirinyaga Woman Representative Wangui Ngirici. She has declared interest in the seat, and if she got the UDA nomination, she had a very good chance winning, or at least giving Waiguru a run for her money.

Waiguru herself acknowledged that it would be an uphill task getting re-elected on a Jubilee ticket, with another competitor vying on UDA.

“If I ran today on a Jubilee ticket and someone else ran on a different party, even if people felt I had performed , it would be hard to convince them to vote for me,” she said.

Ngirici will likely receive the shorter end of this deal, but she is keeping her head high.

Reacting this morning to Waiguru’s news, Ngirici welcomed her to the party, saying UDA is a big party. “UDA house is a big house . She is welcome,” she wrote.

She was replying to a fan comment on a post where she wished President Uhuru Kenyatta a happy birthday. 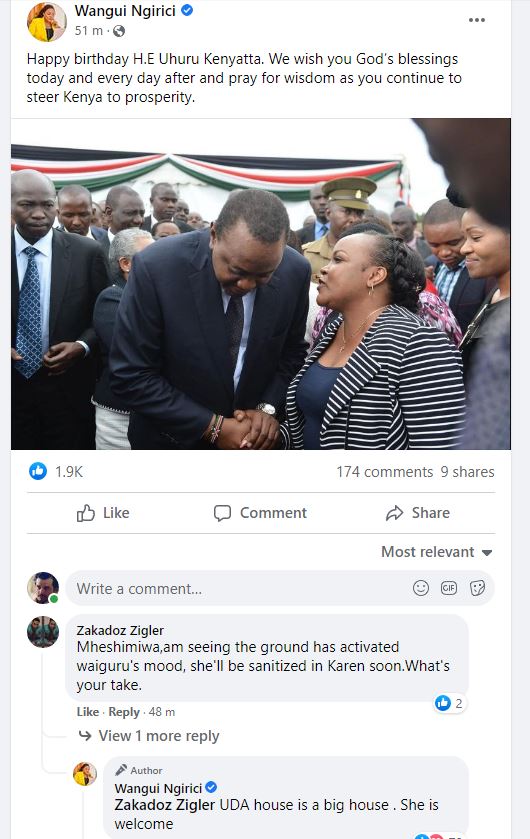 We will sure be watching how this develops.

Waiguru Officially Ditches Jubilee and Joins Ruto’s UDA < Previous
Research: Marriage, Not Alcohol is Making Kenyans Fat Next >
Recommended stories you may like: