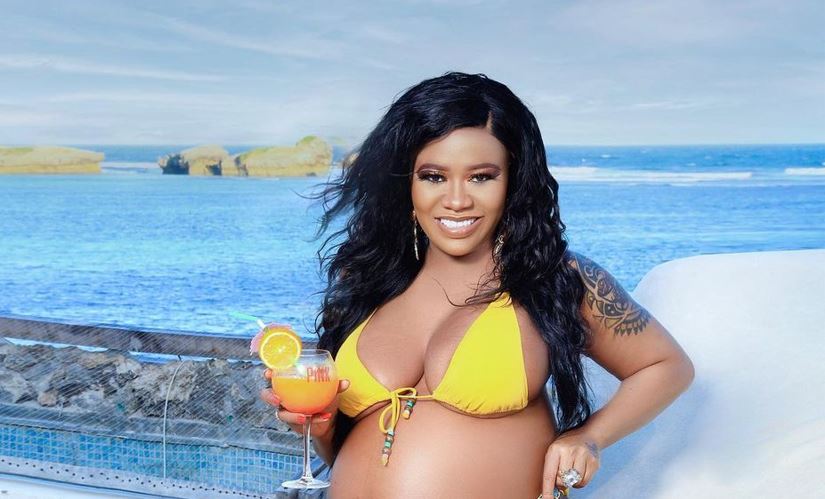 Vera Sidika has not taken kindly to reports that she begged for money to finance her extravagant baby shower.

In a series of rants on Instagram, the former reality TV star indicated that she spent over Sh800, 000 on the colourful pink and white-themed event.

This follows earlier claims that there was no food for guests at the baby shower.

“They started by saying there was no food or drinks at the BABY SHOWER. They realized there was now went to make stories to make it look like am a beggar. Begging people for money. Sh100K, the same person that spends Sh60K on lunch in a day is the one you claim begged for 100K for baby shower, are you mad? Did baby shower look worth Sh100K to you?” Vera wrote in part.

She explained that the Sh103,000 she is said to have begged was a surprise from Risper Faith and friends.

“Risper is a good friend…Very thoughtful even when she knows I don’t want or need it. She still goes all out for her friends. God Bless you…I was informed the (WhatsApp)group had about 40 people, 14 of those contributed Sh103, 000 which was a surprise, I appreciated a lot,” she said.

Vera Sidika went on to brag that her event was the best baby shower ever organized in Kenya.

“Tell me how can a human being like me use Sh103, 00 that I didn’t ask for. To throw a fancy Baby shower party that cost me over Sh800K. Since y’all saying Watu walichanga pesa za BABY shower. Event planner alone has to be booked couple of weeks before event dates in this week season…how do you think 100K given on 9th October 12pm as a surprise from friends can plan a fancy BABY shower”

“A little reminder I threw the best Baby shower ever. One I personally have ever seen before and that’s facts.” Said Vera Sidika.

The businesswoman also released an invoice from her event planner and decor provider showing she spent Sh634,500.

“It was worth every penny, honestly, let’s give credit where it’s due,” she said. 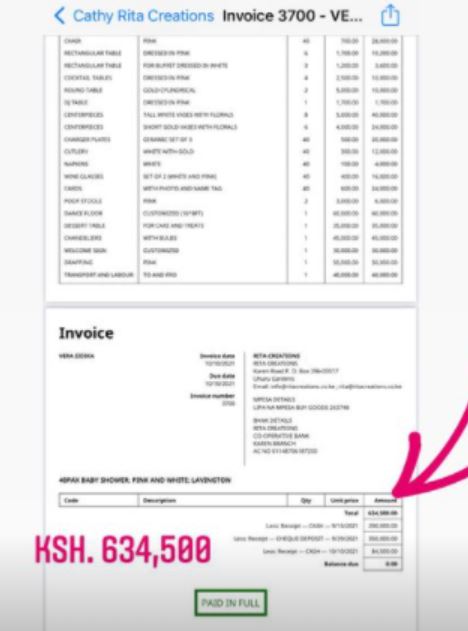 Check out some photos from the shower below. 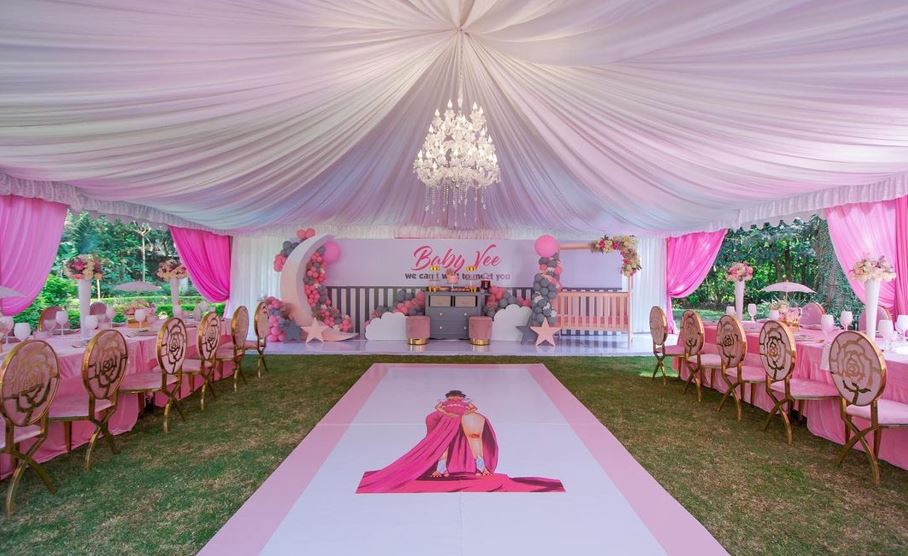 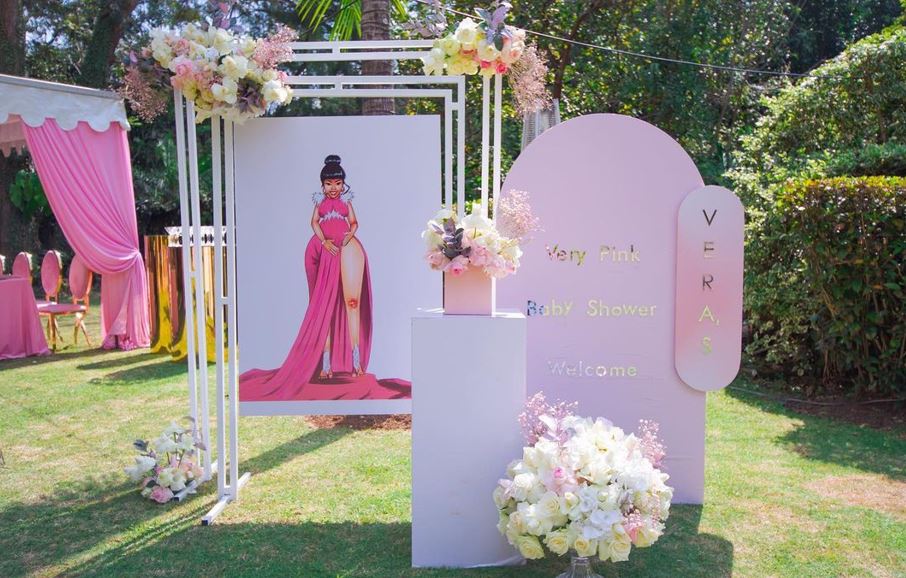 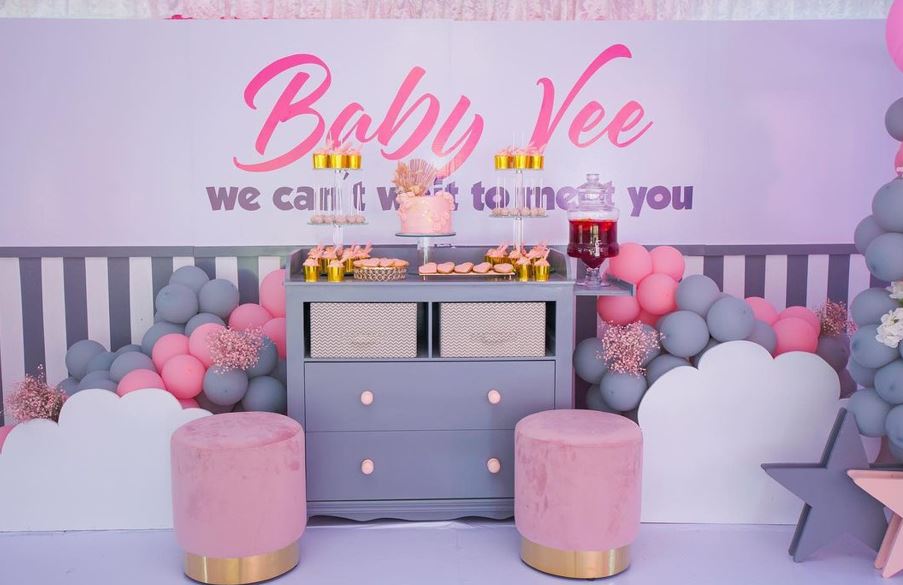 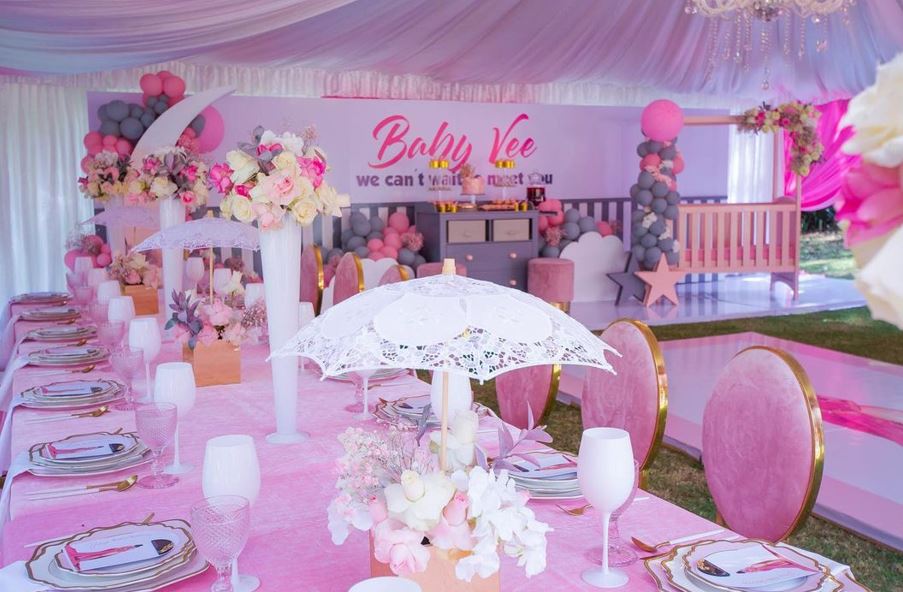 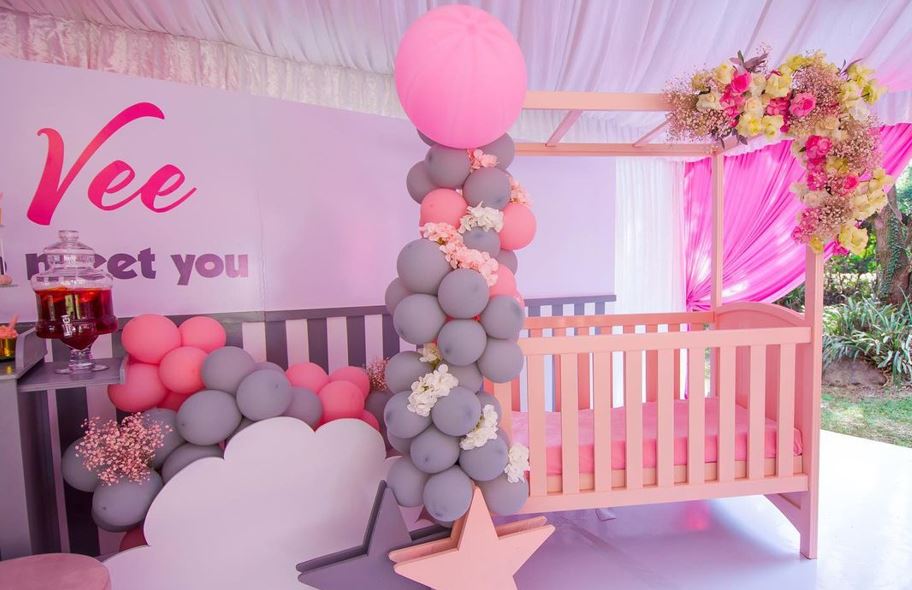 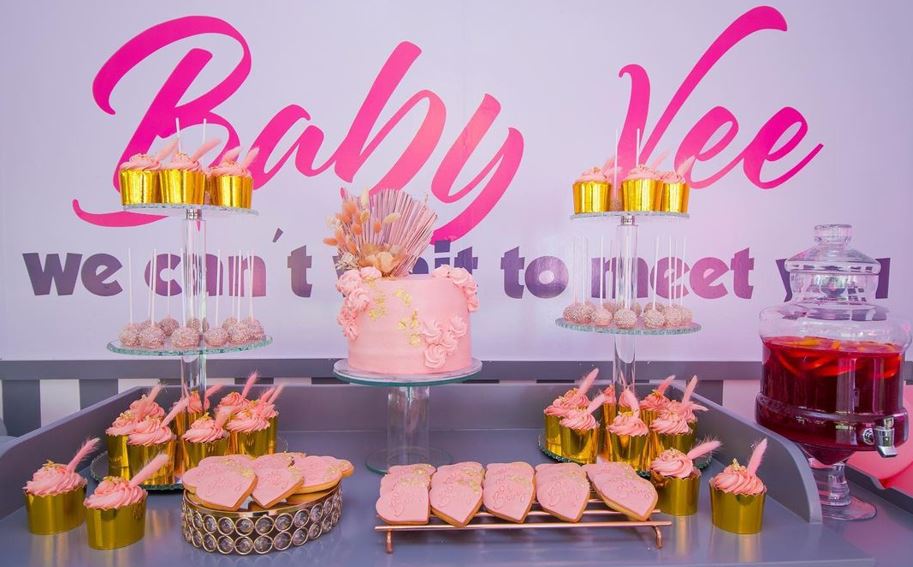 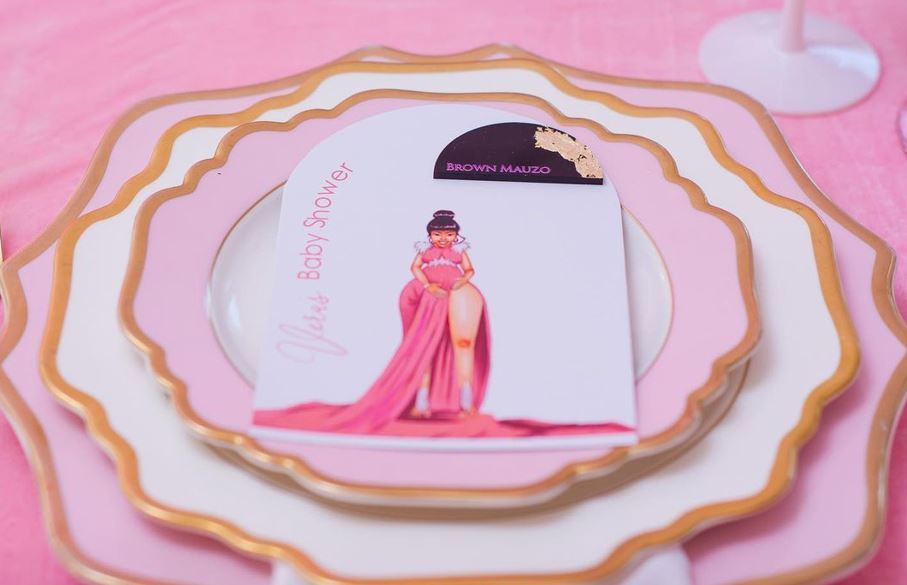 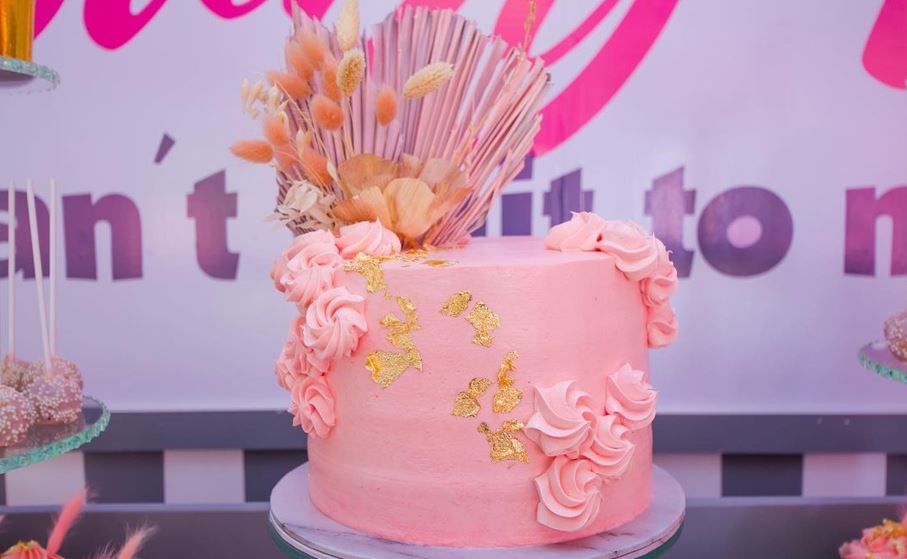 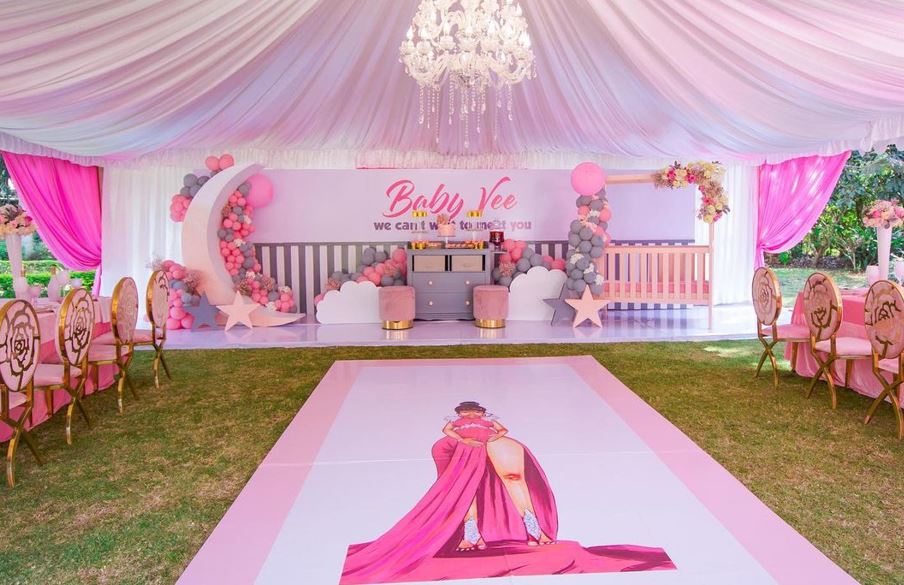 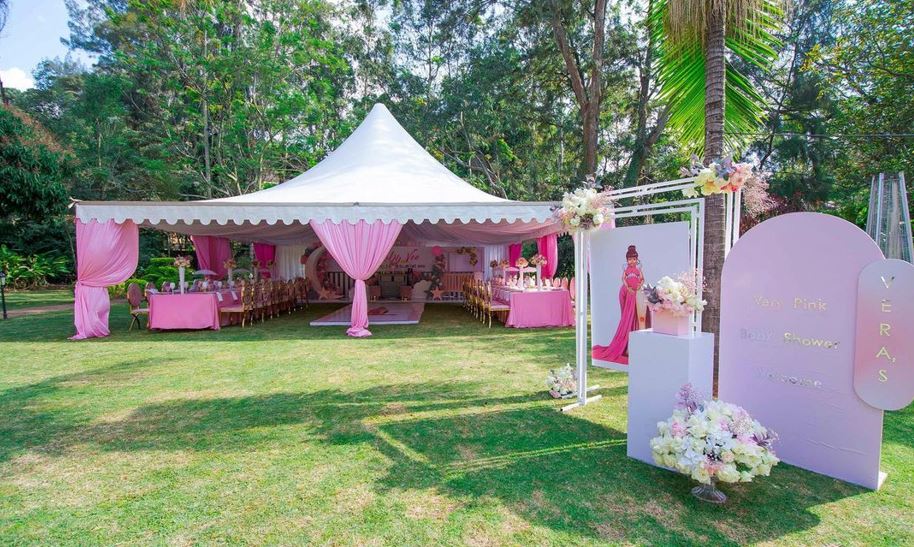 Rapper Visita is Broke and Homeless, Blasts Mzazi Willy M Tuva < Previous
Eric Omondi Defends Churchill, Says Comedians Should Build Him a House Next >
Recommended stories you may like: