Rigathi Gachagua Blasts Atwoli Over Ruto Comment, “Is He God?” 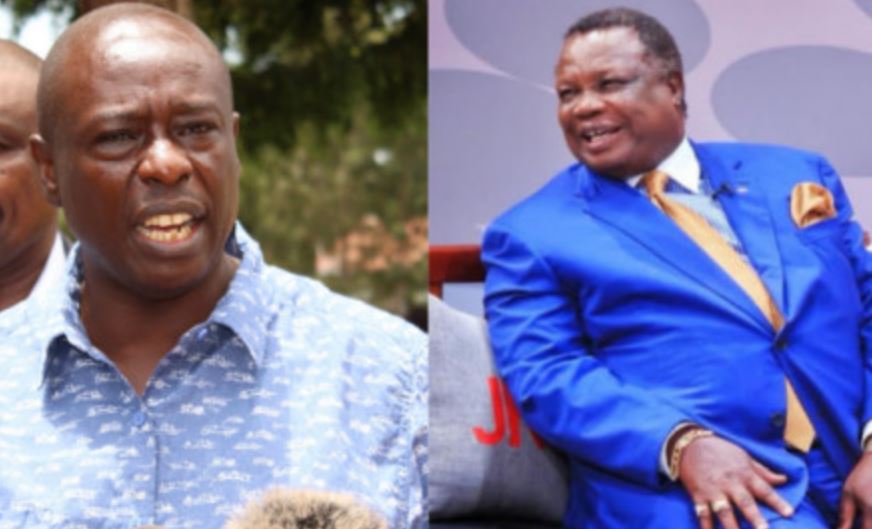 Mathira Member of Parliament Rigathi Gachagua has lashed out at COTU Secretary General Francis Atwoli for saying that Deputy President William Ruto will not be president in 2022.

“Raila was called a government project but it is the other way round the government is Raila’s project. The man got into politics at the age of fourteen which means he is seasoned and adept when it comes to political matters. He is a very good strategist and the only way you can stop him is by employing an excellent contingency plan,” Atwoli said.

“I am saying this as a person and not as the COTU boss but if the elections were done today Raila will emerge victorious in the first round. He is the man to watch next year.”

MP Rigathi responded on Citizen TV’s Day Break show on Thursday saying that while Atwoli is entitled to his opinion, he does not speak for all Kenyans.

“The decision on who is to become the president of Kenya will be made by the people of Kenya. Atwoli may have his personal opinion, which he is entitled to, but not speak for Kenyans. Whom does he speak for? Is he God?” the MP posed.

Gachagua further faulted Atwoli for meddling in politics instead of addressing the issues facing Kenyan workers.

“You know I worked as a District Officer (DO) in Western somewhere called Navakolo. Atwoli was a parliamentary candidate in a place called Khwisero and he didn’t even secure 1,000 votes. I don’t know what sway he has politically, many times he has been marketing Raila for presidency and all those times he failed,” stated Rigathi.