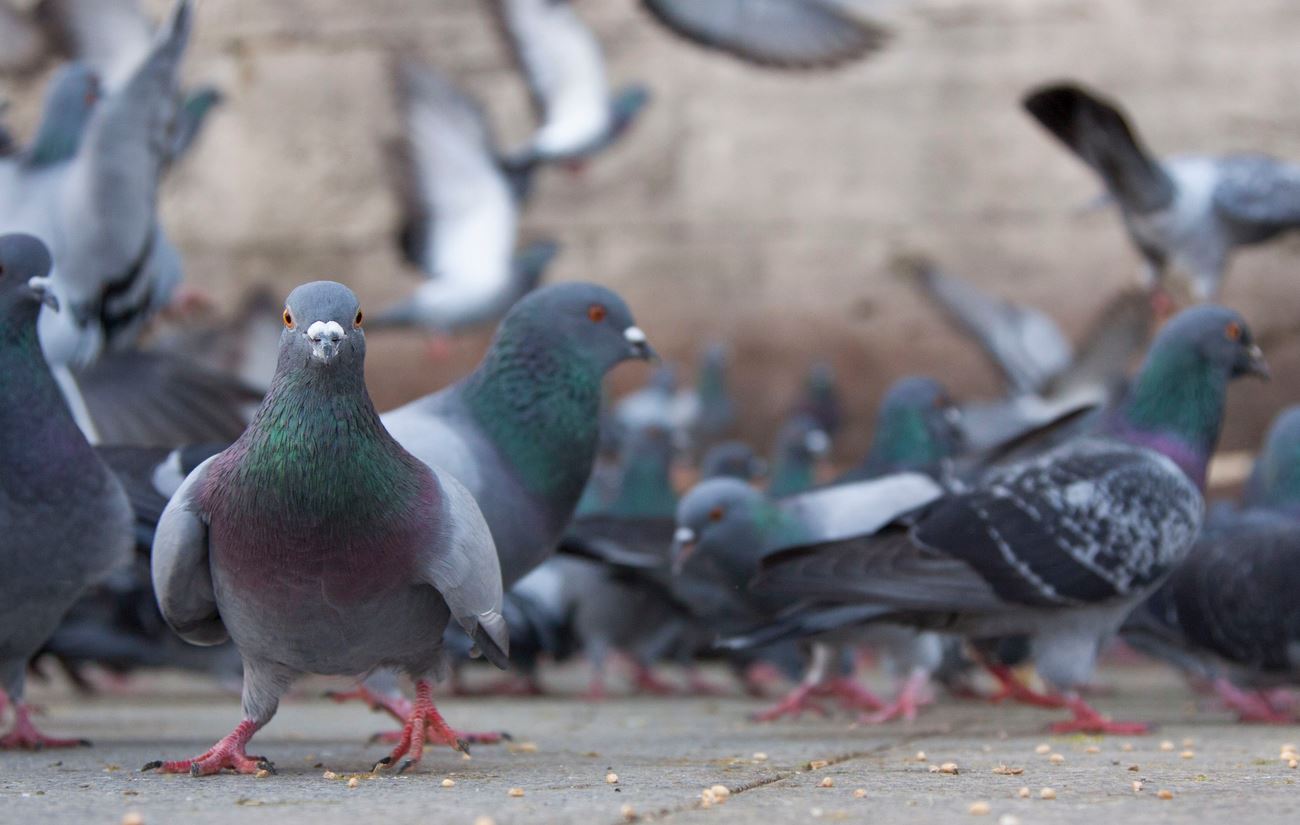 Isn’t this a touch weird, to say the least? Baby ducklings can be seen racing after their mother as you walk around the park’s perimeter.

The sound of newborn birds chirping can be heard filling the air around your garden’s nesting box.

Where, on the other hand, have all of the baby pigeons disappeared to? Pigeons flourish in our cities, gardens, and rural regions, yet no evidence of their children is ever found among them. Why?

Among city inhabitants, pigeons appear to proliferate in a remarkable manner: all of the birds that swoop down on us or scurry out of our path while we walk appear to be completely fledged. Why aren’t we then seeing any baby pigeons, yet grown up pigeons are so common?

Why don’t we see baby pigeons?

One reason is that Pigeons are extremely discrete when it comes to their breeding habits, preferring to make their nests on cliffs or other high places.

They will go to extraordinary lengths to safeguard their nests and young ones.

Thus, locating a nest or hearing the chicks in a nest call out for food is almost impossible. Pigeons, also known as Rock Doves, build their nests in caverns and cliffs that are believed to mimic the Mediterranean caverns and cliffs where they once lived.

Another reason you may are not seeing baby pigeons hanging around is because pigeons spend a significant amount of time in their nest. Long enough that they are almost adults when the emerge to conquer the world.. When the young birds reach the age to fledge, they are roughly the same size as their mothers.

After spending 40 days or more buried in the nest, young pigeons no longer resemble newborns in appearance.

Undoubtedly, you have driven or walked past hundreds or thousands of youngsters without even noticing them.

To be honest, the fact that we don’t see any baby pigeons isn’t all that shocking. After all, how often do you get to see baby wild birds of any type in their natural environment?

Due to the fact that they live in water and cannot be hidden in trees like the adults, baby ducks and geese are very visible, but that’s not the case with other birds. The vast majority of ground nesting birds are forest dwellers, which means you won’t find them in your backyard or in your immediate area.

Even if you did, it wouldn’t make a difference because young wild birds don’t leave the nest until they’re almost as big as their parents.

Pigeons, it turns out, are no different from any other wild bird in their behavior. Pigeons are large birds, and the lack of their young may be more noticeable in their large flocks due to their vast distribution or their sheer size.

This is a photo of a baby pigeon. Clearly this one is very young, probably a day old.

What is the name for a baby pigeon?

A baby pigeon is called a squab. It can also be referred to as a squeaker.

What Does SOS Actually Mean? < Previous
“Proper Scottish Welcome..” This is What The Guy on Unchartered Trailer is Actually Saying Next >
Recommended stories you may like: