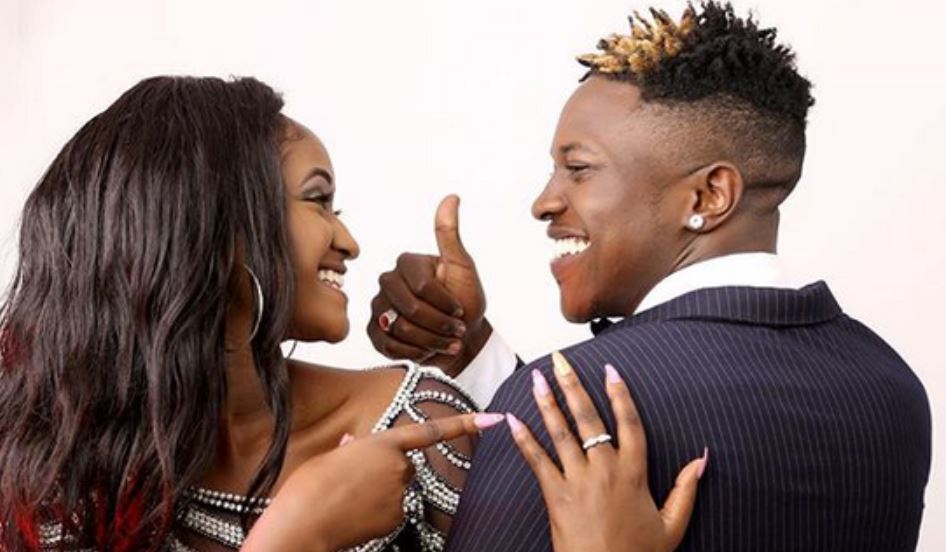 Gospel singer Mr Seed has narrated how his wife Nimo Gachuiri came to his rescue after his house had been locked over rent arrears.

Speaking to Jalang’o and Kamene on Kiss FM, Mr Seed said he was broke at the time and couldn’t even afford the fee for a picnic date.

“There is this time we had gone for a picnic in Arboretum. The entrance fee was Sh100, and I did not even have the cash, let alone fare, to go back home,” he said.

“I was not used to picnic dates, snacks and all that. After the date, I went home to find the landlord had locked my house with three huge padlocks. I could not go in.”

In a desperate attempt to save face, the musician pretended that he had lost his keys at Arboretum.

“I had to act like I lost my keys at the picnic site. Nimo had Sh9,000 with her. She chucked it out without hesitation and paid,” he said.

“Later she asked me why I did not just tell her the truth. Since that day, I saw the importance of opening up.”

Mr Seed waxed lyrical about Nimo, revealing that he had lost hope in his music career when he first met her.

“She is one person who stood by me through thick and thin. I also had self-esteem issues and I would lock myself up in the house for days.

“She would come and push me to do more and ignore what people are saying.”

The couple has a son together.

Everything You Need to Know About Living in Whistler < Previous
Martin Kimathi Follows Tracy Wanjiru Out of NTV’S ‘Teen Republik’ Next >
Recommended stories you may like: