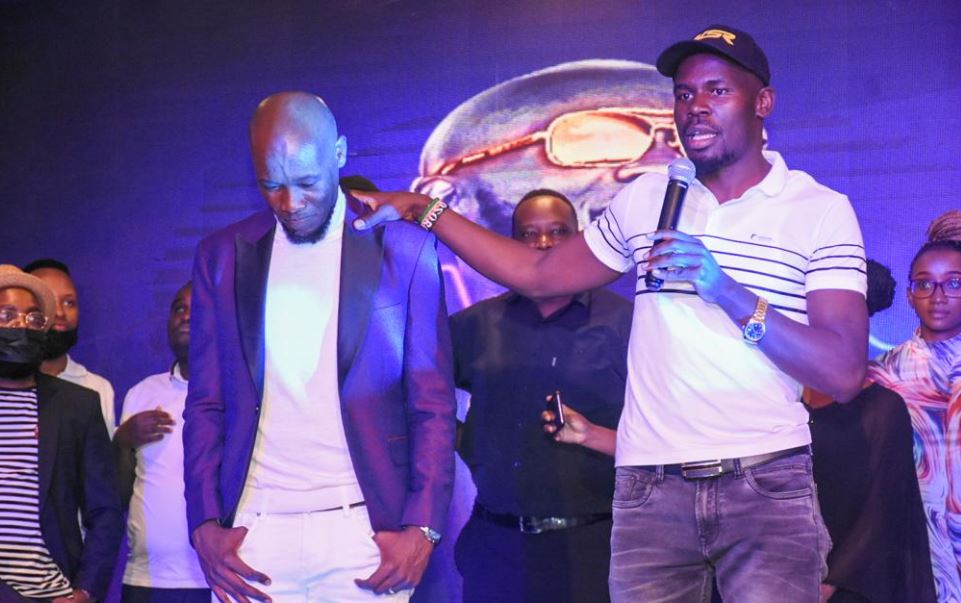 South Mugirango MP Sylvanus Osoro opened up on his close relationship with musician Daddy Owen, saying he was devastated after the singer’s marriage fell apart.

Speaking during the launch of Daddy Owen’s album ‘Chapter IV’ on Saturday, Osoro said the gospel singer was in a bad place last December.

Osoro, who doubles up as Owen’s lawyer, said he was moved to tears by the singer’s situation.

“I can’t believe this is Owen. In December he came to my office and I felt so bad. I had a bigger problem than him, but I had to shed a tear, his life wasn’t looking very okay,” he said.

To help Daddy Owen, Osoro said he assigned him some tasks to distract him from sinking further into depression.

“It has been around 10 months and I have seen a transformation in him. I had to distract him. I took him to the constituency, gave him a road to build.

“I see he is back on track and I am very happy today,” Osoro said.

The lawmaker suggested Daddy Owen should move on and jokingly told him to pick one of the beautiful ladies who attended the album launch.

“Now that pastor is here, I see many people here, there are many beautiful girls here, usituweke sana. We have accepted what happened. Pick one, there is a stage here, a pastor,” he said amid cheers from the crowd.

President Uhuru Urges Kirinyaga Leaders To Work Together For Faster Progress < Previous
Zia Bett Loses Sister Weeks After Appealing for Medical Funds Next >
Recommended stories you may like: