Consumers of Khat(Miraa) will soon be able to enjoy the stimulant in the form of drinks as the government looks to add value to the plant.

On Wednesday, the Ministry of Agriculture showcased a variety of drinks derived from miraa during a National Miraa Scientific Conference in Nairobi.

The drinks include miraa wine, whiskey, guarana, juice and a miraa energy drink.

Speaking at the conference organised by the Kenya Medical Research Institute (KEMRI) and the Meru County Government, Interior CS Dr. Fred Matiang’i announced plans to set up an intergovernmental committee to address issues hampering the growth of the miraa industry in a bid to promote exports.

The minister noted that the continued treatment of miraa as a drug by the National Authority for the Campaign Against Alcohol and Drug Abuse (NACADA) has greatly hampered the sector’s growth.

CS Matiang’i promised that the government would provide infrastructural support to expand the growth of the miraa sector. 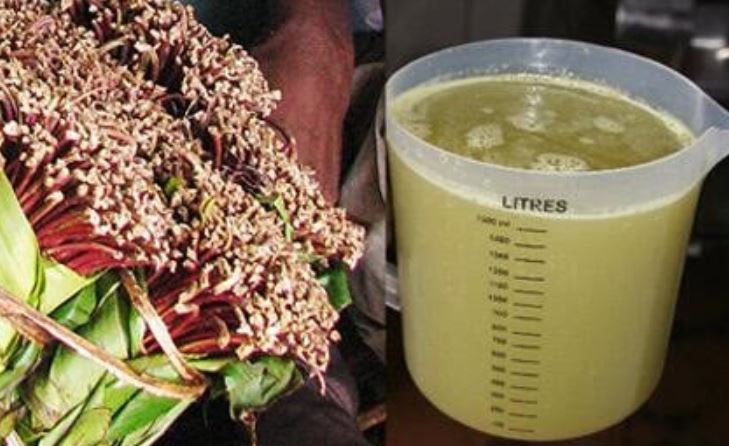 “With the setting up of a research institution, we will put resources… I’m seeing miraa wine and juice. The focus is to ensure miraa farmers and traders have enhanced opportunities and markets and hence more income. That is how poverty will be fought,” said the CS.

Matiang’i said he will reach out to NACADA to stop harassing Miraa traders and to see if there are any basis to their claims that miraa is a drug.

Matiang’i at the same time called for the inclusion of miraa discussions in bilateral talks when heads of state visit the country to expand market for the farmers.

“When we have these visiting heads of other government, we should include miraa in the discussions So that we stop bastardizing miraa trade.  We need to do more in terms of marketing and urging other countries to open up for miraa trade,” he said.