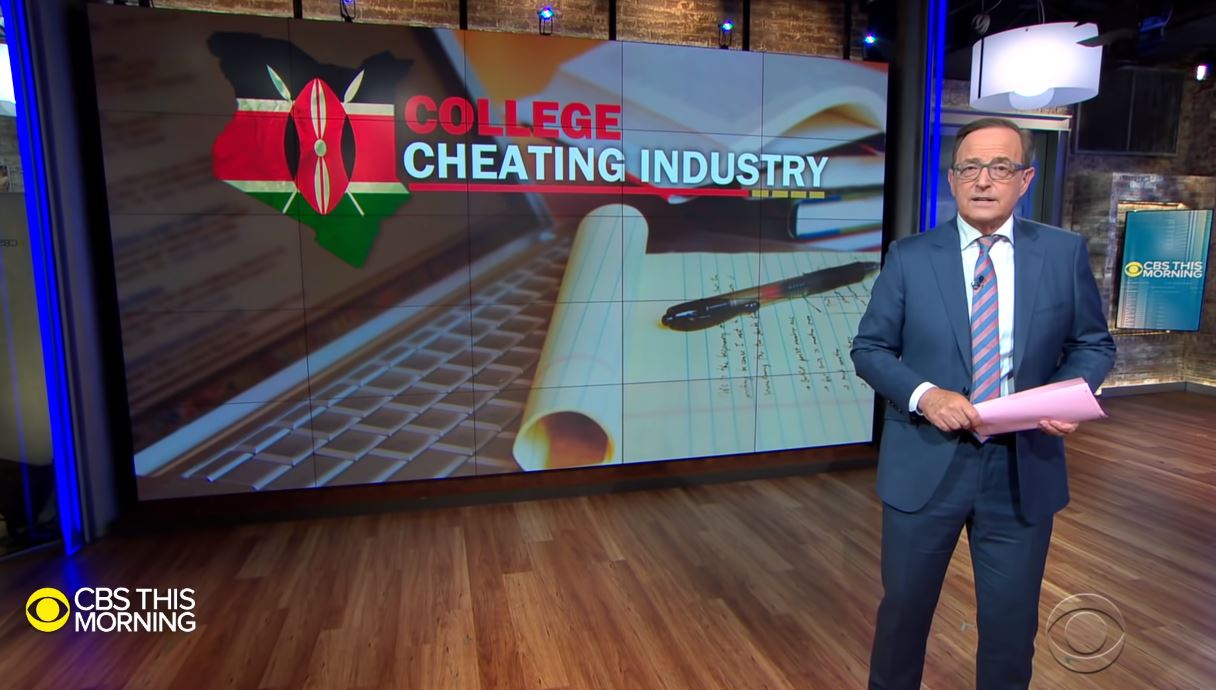 In a big blow to thousands of Kenyan youths, the UK government has this month banned all commercial essay-writing services for students.

Such services are offered through dozens of websites, better known as ‘essay mills’. They act as go-betweens between the paid writers and the students looking for such services.

The essay mills, among them Essaywriter, Studypool, Uvocorp etc. advertise the service to students in rich, English speaking countries, mostly the US and the UK, and then hire writers in low income countries to do the work. Kenya is a big player in the industry, and is believed to constitute the highest number of ‘academic writers’ in the world.

This is due to an already entrenched culture among University students and recent graduates. The transfer of knowledge is incredible, perhaps making it one of the few industries in Kenya perfect at this. Every year, more and more young Kenyans join this market, owing to the pathetic state of our economy and lack of other relevant jobs.

As a result of these increasing numbers, academic writing already feels saturated with declining revenues among experienced writers.

That’s why this latest news from the UK is a big blow. While the United States of America is still the biggest market, the UK is substantial enough to be felt locally.

A statement from the UK government on October 5, reads,

“Services offering to provide students with essays for money, known as essay mills, are to be made illegal under plans announced by the government today (5 October).

The government intends to make it a criminal offence to provide, arrange or advertise these cheating services for financial gain to students taking a qualification at any institution in England providing post-16 education including universities.”

Speaking on the same, UK Minister for Apprenticeships and Skills Alex Burghart said, “Essay mills are completely unethical and profit by undermining the hard work most students do. We are taking steps to ban these cheating services.”

In recent months, essay mills are receiving attention even from the US. Recently, US TV station CBS aired a segment on the issue, featuring two Kenyan writers. As you would expect, the writers featured received quite the backlash from the local writing community, for potentially jeopardizing thousands of local jobs.

It will be interesting to watch what the future holds for this industry.

Here’s that CBS segment if you missed it.

VIDEO: Raila Greeted With ‘Ruto’ Chants in Meru < Previous
Read: Ole Sereni’s Statement on the Ndichu Twins’ Scuffle Next >
Recommended stories you may like: