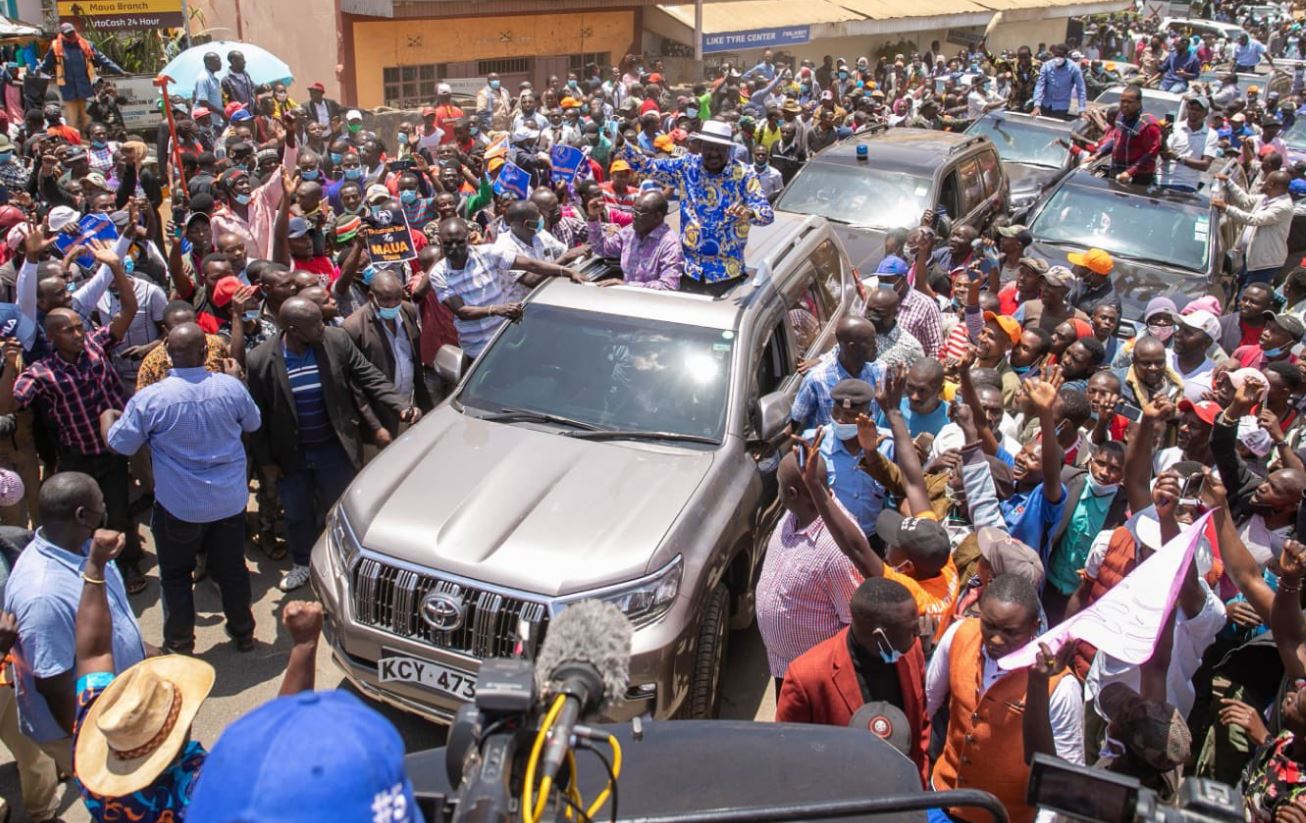 ODM leader Raila Odinga is still on his tour of Mt. Kenya.

Since 2017, Deputy President William Ruto has made inroads in the region, and it was widely believed that the Mt. Kenya vote was his to lose. Raila wants to change that, and he has mobilized support of governors and other politicians in the region, as he aims at chipping away Ruto’s support.

So far, Raila has been received by massive crowds, something some assumed he would not manage to pull off.

However, it has not been smooth-sailing the whole way.

At one of his stops in Meru county on Tuesday, the crowd erupted into ‘Ruto’ chants as the former Prime Minister was making his address. That did not however dissuade Raila, who continued with his address, invoking popular phrases like Tibim and Tialala.

Ndichu Twins Lose Part of Ksh240 Million Startup Investment Capital After Publicized Altercation < Previous
Blow to Kenyan ‘Academic Writers’ as the UK Government Bans All Essay Mills Next >
Recommended stories you may like: