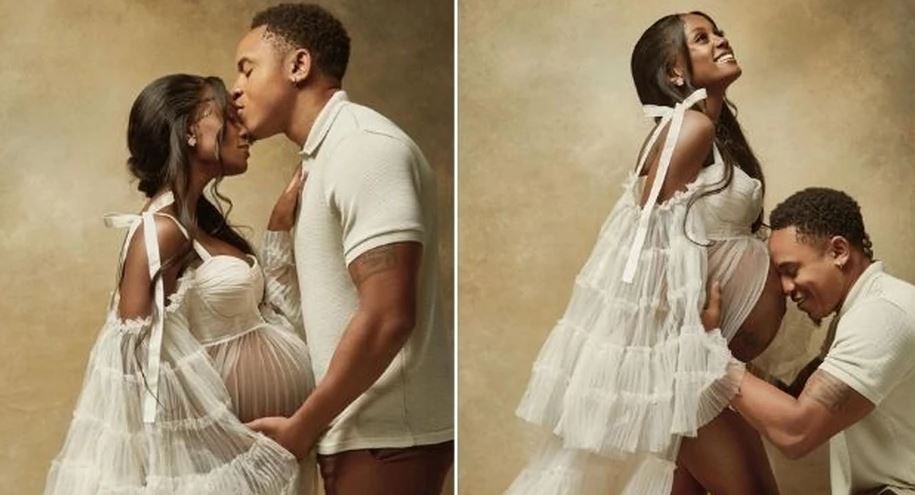 Vanessa Mdee has been forced to respond to claims that her fiance Rotimi is abusive.

The rumours have been swirling around after two of Rotimi’s former lovers warned Mdee against being comfortable in the relationship.

One of the women, identified as Kim Oprah, spoke in a viral TikTok video. She said: “Don’t get too comfortable, sweetheart. I was his everything once, too.”

Another ex-girlfriend spoke about being abused in a relationship but she did not mention Rotimi. However, all fingers were pointed at the ‘Power’ actor.

With the rumours refusing to die down, Mdee recently shut them down on Instagram Live.

“I wanted to address one issue that seems to be trending on social media. Real quick, and it is not like I want to make it trend further, but I have decided that I will not be bullied on social media or not respond to media reports about myself,” she said, adding: “My social media team has alerted me to various comments made by people saying Rotimi physically abuses me or is someone abusive to women.

“Number one, that is so far from the truth. It is not true. And secondly, it is something that can mess up someone’s reputation, especially when it is not true.”

Mulamwah Excited About Fatherhood as Girlfriend Sonie Delivers Baby Girl < Previous
Karen Nyamu – Samidoh Pregnancy Stressed Me Next >
Recommended stories you may like: