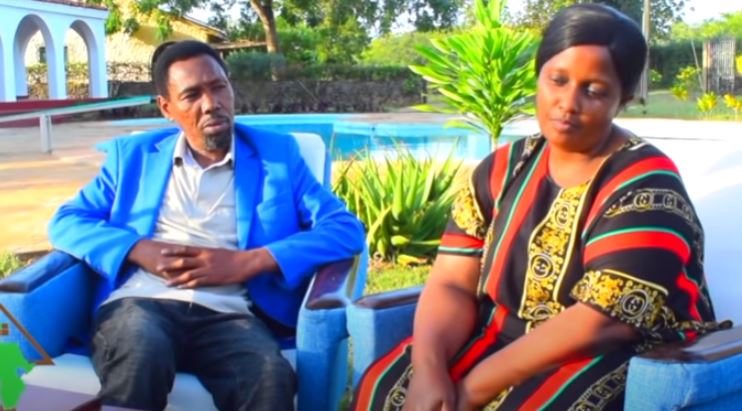 Former Tahidi High actress Mrs Ngatia, born Judy Wacuka, has accused her husband Omosh of lying about owning parcels of land and giving them to her.

Wacuka also said the actor does not support his first family.

“Omosh does not take care of us anymore. I am angry with him when he goes to the public and tells lies,” she said.

Wacuka said they had been together for 18 years before Omosh abandoned them after marrying a second wife 10 years ago.

“He had time for me and my children but since the second wife came, he is always busy. I accepted her as my co-wife but he forgot about us when they moved in together. We have been very distant,” she said.

Omosh denied these claims saying: “I have not neglected anyone.”

In a recent interview, the comedian claimed he owns two plots of land in Ndenderu and Thika and that he gave them to Wacuka.

“Omosh is a liar. Those parcels of land he claims I’ve refused are his father’s, and he is yet to inherit them officially,” she said.

“Ask yourself why he didn’t let the well-wishers build his house on one of them.”

Ava Eliot Jackman: Biography, Everything You Need To Know < Previous
Makena Njeri was Taken to a Therapist after Being Suspended for Writing Love Letters Next >
Recommended stories you may like: