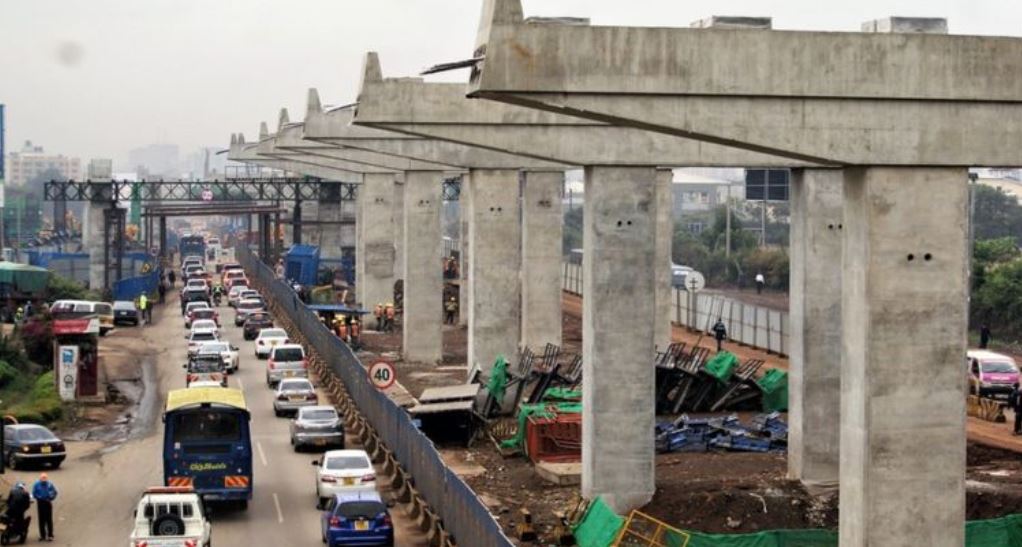 The Kenya National Highways Authority (KeNHA) had advised motorists and commuters along Mombasa road to use commuter trains to access the city centre.

The busy Mombasa road has been plagued by traffic gridlock for months due to the construction of the Sh62 billion Nairobi Expressway.

Following complaints from the public, KeNHA in a public notice on Tuesday morning asked motorists to use commuter trains to ease traffic along Mombasa road.

The Authority said it has partnered with Kenya Railways to introduce additional wagons to ferry commuters from Mombasa Road.

“In the meantime, the Authority has partnered with Kenya Railways to introduce additional wagons effective September 6, 2021, to offload travelers from the road. The Kenya Railways management has undertaken to secure all vehicles parked at Syokimau Train Station as the vehicle owners transit to the train en route to the CBD,” the notice read in part.

KeNHA acting Director-General David Muchilwa also warned that there will still be heavy traffic snarl-ups on some parts of the highway due to the ongoing construction.

At the same time, Kenya Railways Managing Director Philip Mainga said they have increased the number of commuter trains on the route to ease the congestion on Mombasa Road.

“Traffic has been a great issue for passengers using Mombasa Road. Starting Monday (September 6, 2021) we will increase the number of commuter trains to help ease the situation. We will increase the number of coaches to and from the Athi River station and all inter-stations along that route. When we talk of a train with 20 coaches, we are talking of a trip of 1,000 people. That is a big number. We will also have an additional DMU to Nairobi central,” Mr Mainga said.

Meanwhile, KeNHA announced the projected dates for the re-opening sections of the road.

The JKIA to Mlolongo section along Mombasa Road will be reopened partially on September 10, 2021, and will be fully re-opened on September 30, 2021.

The Authority also confirmed that the elevated section of the expressway is 73.2 percent complete.

“Motorists are urged to continue exercising caution and road courtesy while driving as that has helped to manage traffic better,” Mr Muchilwa said. 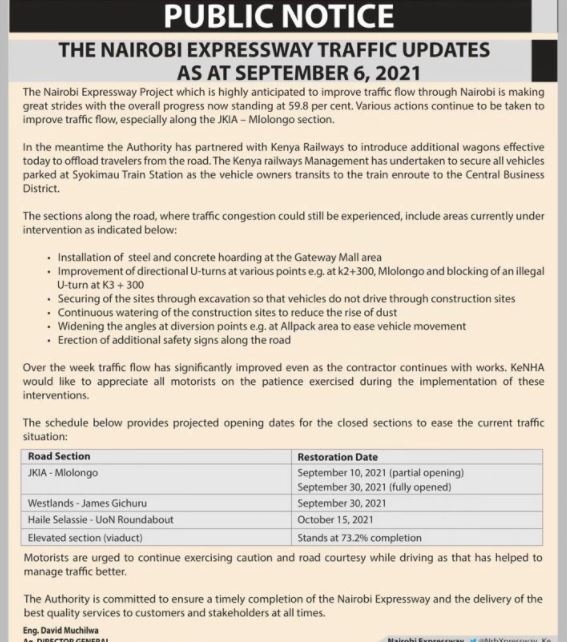 The Trending Pics in Nairobi This Wednesday < Previous
Babu Owino Admits to Threatening Citizen TV Journalist for Airing Negative News about Raila Next >
Recommended stories you may like: