Karen Nyamu on Rumored Affair With Sonko, “His Wife Called Me About It” 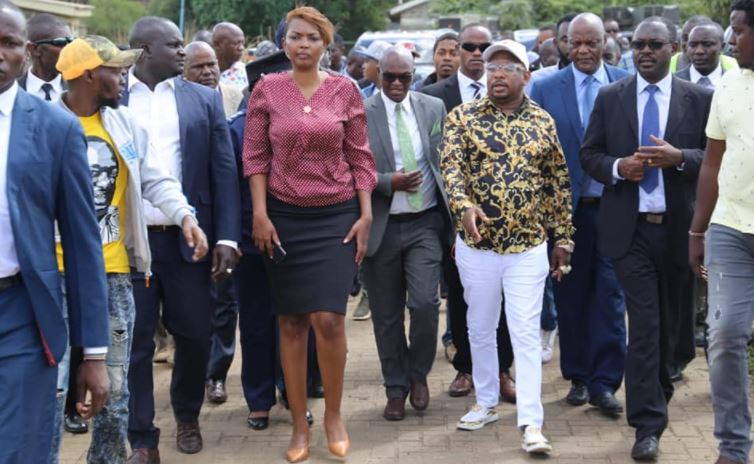 Speaking in an interview with Jeff Kuria TV, the former Nairobi woman rep aspirant termed the allegations as stupid.

Karen Nyamu also revealed that Sonko’s wife, Primrose Mbuvi, reached out to her over the claims.

“I read comments about dating Sonko, it was stupid. His (Sonko’s) wife is my friend. They even linked my sister to dating Sonko and the wife even called me about that. I told her that was not true. I know the family from way back in Buruu (Buruburu estate) when he had matatus,” Nyamu said.

The Director at Nairobi Water and Sewerage Company also opened up about how she is hurt by social media reports linking her to several prominent personalities including deceased businessman Jacob Juma.

“I knew Juma but we did not have any romantic relationship,” she said.

“I remember crying on my way home after reading the story from blogs but not anymore,” Karen added.

Nyamu also some about her relationship with Sonko, saying they are still friends.

“I still talk to him and I visit his offices. While he was in the hospital, I also visited him,” she said.

The mother of two said she will vie for a political seat in 2022 but did not reveal further details.

PS Kibicho Not Interested in Waiguru’s Seat Amid Handshake with Ngirici < Previous
Nick Ruto Responds to Gay Rumours After Birthday Party Video Goes Viral Next >
Recommended stories you may like: