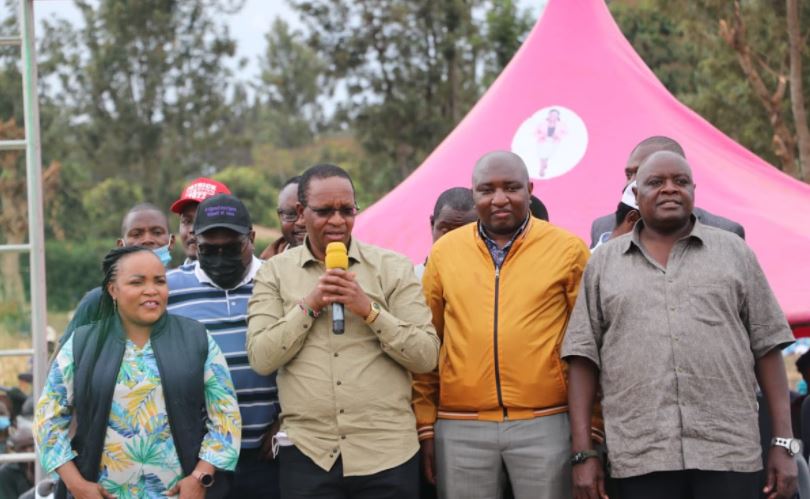 Interior Principal Secretary Karanja Kibicho says he is only focused on his job in the national government following speculations that he is campaigning to run for the Kirinyaga gubernatorial seat.

Kibicho has been frequenting his home county of Kirinyaga inspecting state projects and overseeing the implementation of various community projects.

“My mission in bringing change to Kirinyaga is not in any way politically motivated. For now, I have a job in the national government which is to oversee the stability and peace of the nation in this season and during the electioneering period.

“Rumours that I’m going for the gubernatorial seat have no basis as President Uhuru Kenyatta has entrusted me to ensure that there is security in the country, a job I intend to continue doing,” Kibicho said.

The PS spoke on Friday in Mwea, Kirinyaga county, where he buried the hatchet with county Woman Representative Wangui Ngirici and her political activist husband Andrew Ngirici.

They publicly apologised to each other, saying their ‘handshake’ would aid unity and development in the region. 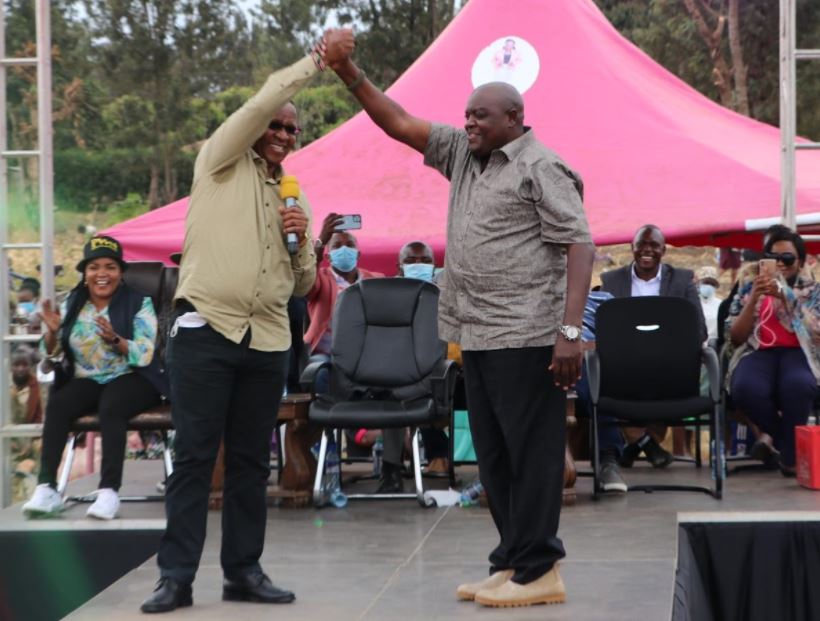 “I know I have offended you and I do apologise to you in front of the people of the county,” Mr Ngirici told the PS.

“I also say sorry if I have ever abused Ngirici. Leadership is about forgiving one another. We should now focus on unity,” Dr Kibicho added.

“There is enough testament of the miracles found in a handshake. Currently, we are enjoying peace in the country all thanks to the handshake between President Kenyatta and ODM leader Raila Odinga.

“Were it not for their effort in setting aside their differences, we would be having a very unstable country.

“In this regard, the handshake between us opens a new chapter that will bring reconciliation among us and also to our Kirinyaga supporters,” Kibicho said.

Kibicho further maintained that he has not joined any political alliance with the Ngiricis for the 2022 Kirinyaga gubernatorial race.

“Lest I be mistaken, I’m not here to prevail upon Wangui to cross over to President Uhuru’s political camp. Neither am I leaning on UDA. I have come here because of the unity of the region,” he said.

Man Kills Wife After Finding Her at Chang’aa Den in Siaya < Previous
Karen Nyamu on Rumored Affair With Sonko, “His Wife Called Me About It” Next >
Recommended stories you may like: