In Conversation With Wanja Mwaura 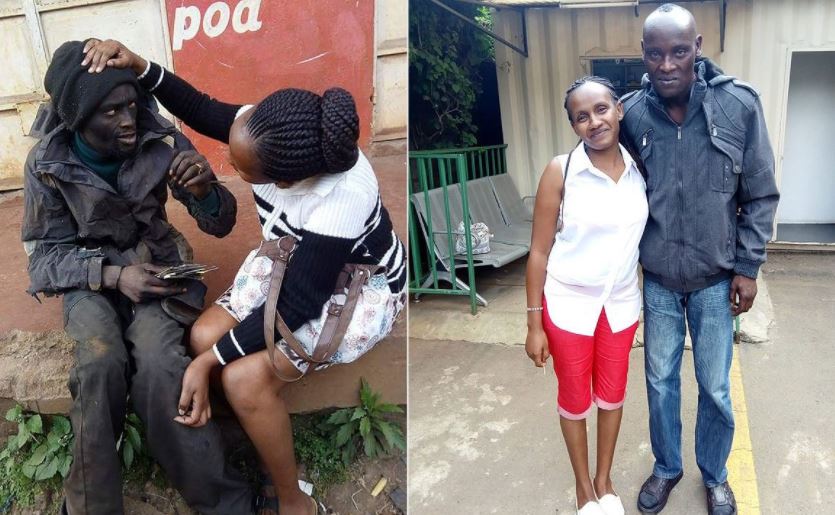 In early October 2017, a chance meeting between two childhood friends helped one begin a journey back from drug addiction.

Wanja Mwaura, 36, was on her way to the market in Lower Kabaete when she met Patrick “Hinga” Wanjiru(now deceased). He was living in the streets and was addicted to drugs, and Wanja Mwaura took it upon herself to help him.

Ms Mwaura narrates how she did it and what inspired her love for charity.

“I still recall the day I re-met my former friend now the late Hinga like yesterday. I was on my way to the market in Lower Kabete on that eventful day in 2017, when I heard someone shouting, ‘Wanja, Wanja, come say hello to me’.

I looked up and was surprised to see a tall man with bulging eyes and charcoal black, sitting on the side of the road. At first, I did not recognise him but after he introduced himself I remembered him as the great soccer player we nicknamed “Pele” in school. I had known him since I was seven.

He had been estranged from his parents, lost his grandmother who he had moved in with, and dropped out of school. His life then took a downward trajectory of abusing drugs, and he spent hours in garbage heaps finding things he could sell on the streets.

I appealed for help through Facebook Live which eventually grabbed public attention with thousands of Kenyans offering suggestions on how to support.

I set up a crowdfunding page where we managed to raise Sh41, 000, but the rehab would cost Sh100,000 so I pooled my friends who agreed to raise the balance. After rehab Hinga’s life changed for the better until March 2019, when he sadly departed.

This story brought me to the limelight and it was hard because some people thought I was helping him for my selfish gains. However, I ignored the negative feedback and since then, I have learnt to focus on bringing change.

My charity work comes from a deep need to love, care, and make the world a better place. I am always delighted when I help people who are neglected and ignored. Having gone through so much in my life myself, I developed an intense desire to bring a smile to people’s lives. I know what it means to lack, suffer depression, face stigma, and be rejected. I always teach my two children to spread love which I learnt from my parents.

Life was pretty normal when growing up. As an only child, I was showered with attention and often spoiled. Life took a tragic turn when my father died from kidney failure in 2001, one week before finishing my KSCE national exam. I still recall that day as if it was yesterday.

I was anxious and confused as my dad’s condition moved from bad to worse. Despite the illness draining us financially, his condition kept deteriorating. News of his death plagued me. “How was life going to be without my father, our breadwinner? How was I going to cope?”

They say that time heals all wounds, but I don’t hold this as true.

Losing a parent is heart-wrenching, at times I felt torn, and some days I wanted to vanish from the world. As soon as my father died, my mother went into depression. With no one to take care of us, I distributed milk to neighbours and made Sh5, 000 monthly. In 2004, I used part of the cash to pay for my nursing program at The Kenya Medical Training College (KMTC) but I dropped out in my second year as it was a struggle to meet the costs.

I still had to be strong for my mother who was still recovering from depression.

Grieving and frustrated, I got into a relationship that made me a mother at 22. I faced social stigma, money woes, stress and had to adjust to a life of motherhood, with no support from my father. The baby daddy denied the child and relocated to a new place.

“How was I going to make ends meet alone?” I wondered. When the baby turned two, I went to his workplace to appeal for his help. I recall crying bitterly and as a result, he took me to a nearby hotel to discuss the child’s welfare. He agreed to take care of the child and requested I bring the child over the weekends to bond with him.

That’s how I got pregnant for the second time. “Why would you fall into such a trap again? Will you ever learn?” I beat myself up.

It was heartbreaking because a week earlier, we had had a disagreement after I discovered his two years’ ongoing relationship. We parted ways.

I wanted to crawl into the darkness and die. I contemplated abortion and the only thing that stopped me was that I couldn’t access a clinic that would do the procedure. After delivery, I suffered postnatal depression and it was difficult to bond with the baby for the first three months. Luckily, I received treatment and recovered. When the child was six months, I traveled to Saudi Arabia and I worked as a domestic worker for three years. I was able to take care of my mother and my children. 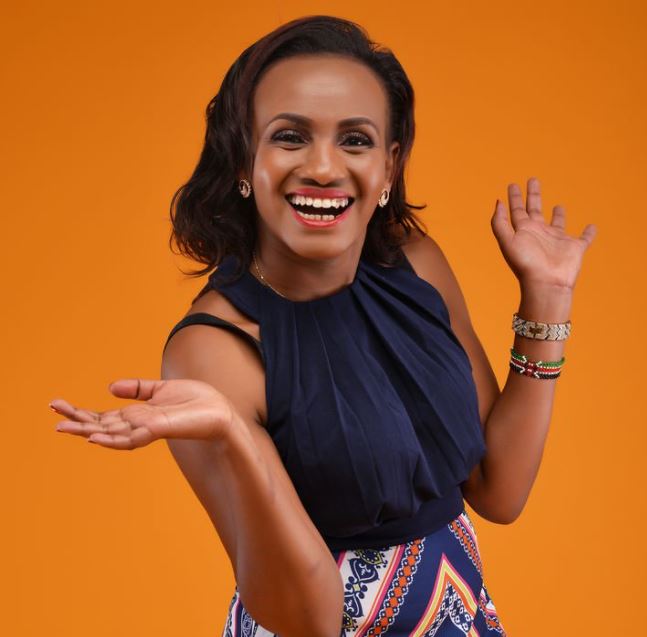 On coming back, I built my mother a house and did short courses in nursing which got me a nursing job at a hospital in 2014. In 2017, I met my husband whose support has been outstanding. He accepted me with my two children and has fully supported my charity work.

I now run a restaurant business, as I do charity work. I use social media to further my work.

I engage my followers on social media with activities that I do and later share transformation stories. I am always open with the funds collected by showing the receipts of items bought and bills paid. This builds trust.

Most needy cases come from referrals and some from media highlighted stories. In some instances, I may chance on a needy case on the streets.

It’s fulfilling to see people rising again. This keeps me going. I recall a recent scenario when I helped a woman in Machakos who texted me via Facebook saying: ‘Kindly if you have some baby clothes, I don’t need money, just baby clothes, mummy I am at my lowest.’

I appealed to my followers for support and managed to assist. ‘It’s because of you that my baby is clothed’ she later thanked me. Such responses keep me going and motivate me to do more.

There are times I have faced criticism because of my charity work but I have learnt to ignore any negative energy that could hinder me from achieving my God-given purpose. I admire Michelle Obama for her humility and heart for the poor. I look forward to changing more lives.

One on One With Actress Nice Githinji < Previous
Things to Know About the Mormon Church Next >
Recommended stories you may like: