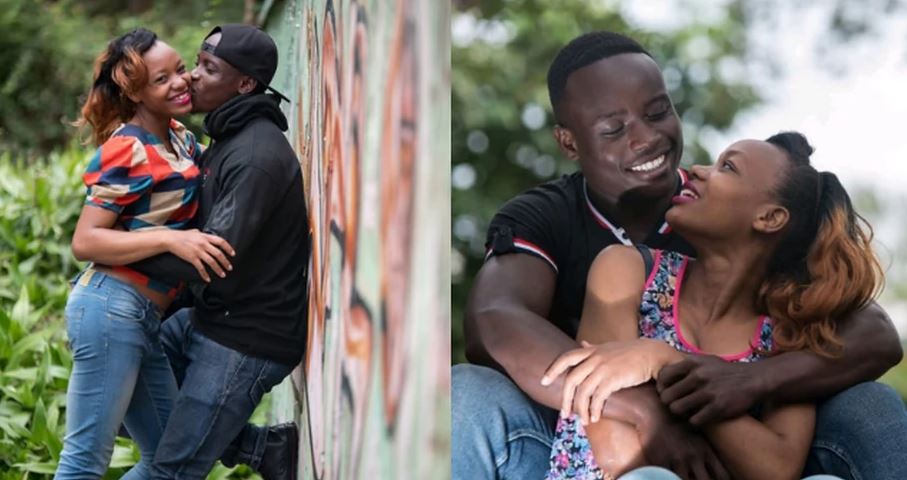 Kenyan sprint sensation Ferdinand Omanyala has pledged to spoil his girlfriend for providing for him when he was broke.

The newly crowned fastest man in Africa said after COVID-19 struck, he had no means of providing but his girlfriend Lavender Mutavi took care of everything.

Omanyala said Ms Mutavi would even give him her salary to settle their bills.

“I trained for six months without any competition. I had no money, my girlfriend Lavender Mutavi took care of the bills. She paid rent and bought food. She handed me her salary to cater for major bills in the house.

Because she took care of me, this is her time to enjoy. She has been part of the journey and now I’m going to take care of her,” Omanyala said. 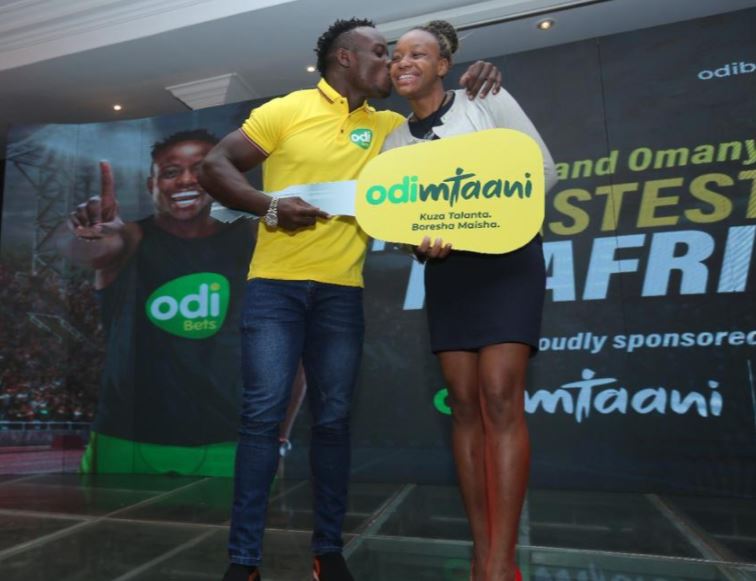 Lavender is also a sprinter and a long jumper, and the pair are blessed with a son called Finn.

Omanyala spoke at an event organised by his corporate partner, OdiBets, to reward him for breaking the African 100 metres record at the Kip Keino Classic last weekend.

The sprinter walked away with a brand new car, a Toyota Harrier bearing the number 977  on its plate to commemorate his record-breaking time of 9.77 seconds.

Omanyala also spoke of how a 14-month doping ban in 2017 cost him corporate sponsorships.

“I approached a number of corporates, but they were afraid of my past history, it’s only Odibets who cared to listen, they believed in me and offered to sponsor me without further questioning. I knew deep down I was totally clean.” 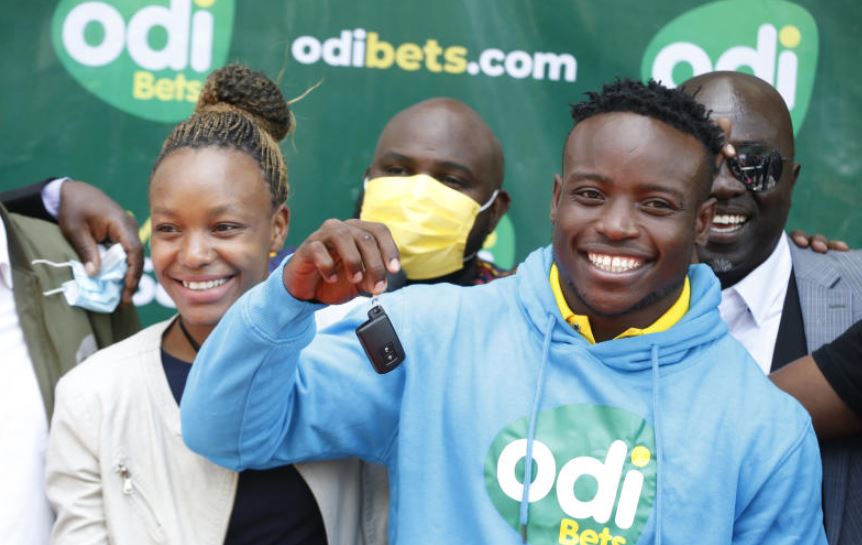 The 25-year-old insisted he is as clean as cotton wool and has been tested over 30 times by different world doping bodies including WADA and regional doping organisations.

“By being tested numerous times, proves it that I’m very clean. You know there are no records that can be ratified by World Athletics without the tests and results,” he said.

The sprinter advised his fellow athletes to be vigilant about what they consume.

“Athletes should be very very careful, never receive medicine, water, food from even those closest to you without further consultations,” he said.

“Hard work, discipline and perseverance are the three main components of success, as I ran the race on Saturday at the Kasarani Sports stadium I didn’t know right now I would be the proud owner of a car,” said Omanyala.

The Sh3.5 million car is Omanyala’s second reward from Odibets after the betting firm gifted him a financial boost of Sh1.5 million for qualifying for the Tokyo Olympics. 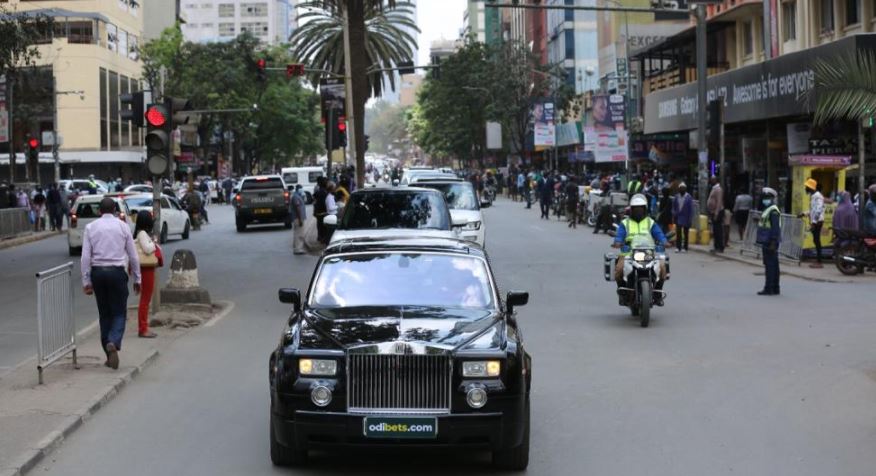 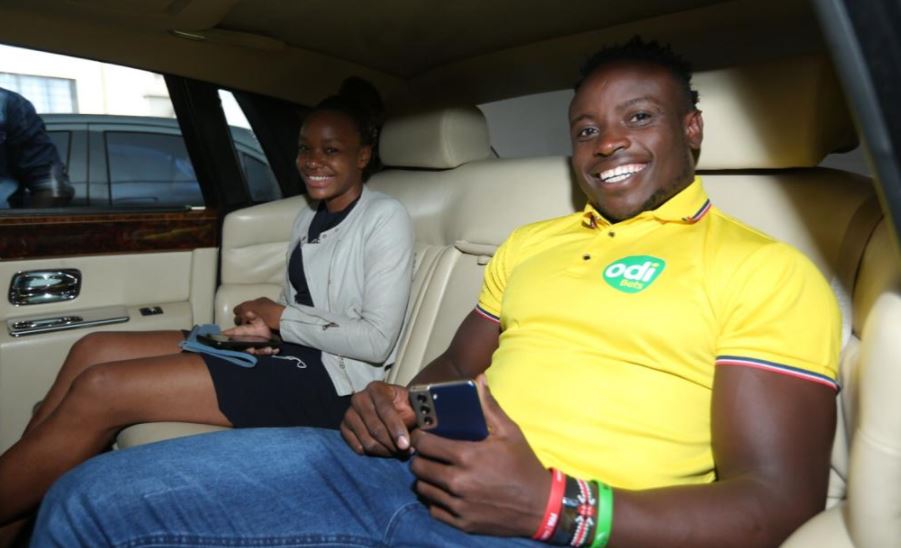 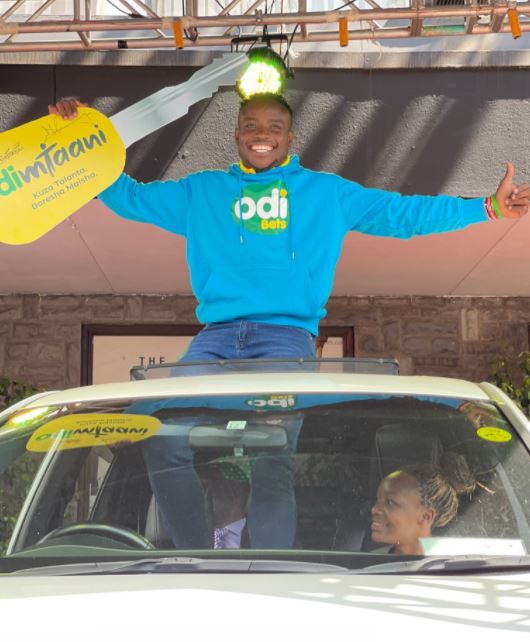 Wilbroda Reveals How She Contributed to Failed Marriage < Previous
14 Hand Sanitizer Brands Suspended Over Quality Standards Next >
Recommended stories you may like: