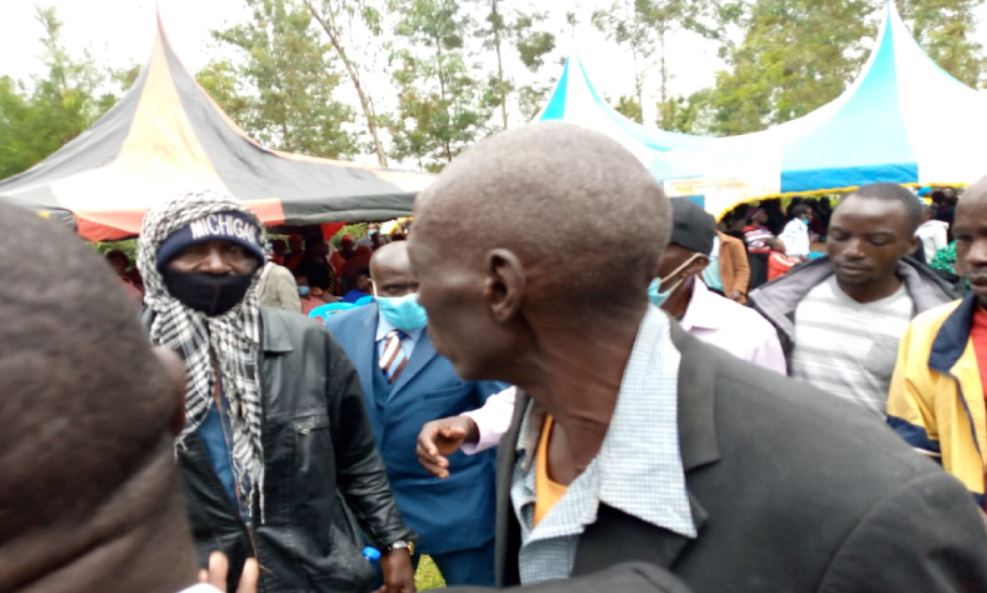 Mourners at a funeral in Eshiakhulo village, Mumias East, Kakamega County witnessed a bizarre spectacle after an elderly man placed eggs in the coffin of the deceased.

The funeral service of the late Jane Mguu, popularly known in the village as Raila, was interrupted when Benson Wetende, 60, placed two eggs in the coffin.

Mr Watende, an in-law to the deceased from the neighbouring Shibuli area, was seen approaching the coffin and placing the eggs beside the deceased’s ears.

“We thought he was going to pay his last respect since the deceased was a well-known business lady around here, but we were shocked to see him dropping two eggs inside the coffin,” Stella Musimbi narrated.

Mourners and relatives of the deceased roughed up Watende, asking him what his intentions were. Some accused him of being a witch.

“We asked him what the motive behind his actions was, but he could not explain,” Musimbi added.

The presiding bishop from Faith Believers church Simon Malenya cut short the service and tried to save the old man from irate mourners.

The villagers whisked Watende away from the burial ceremony with family members of the deceased asking their clan elders to investigate the incident.

“We want him to explain why he put the eggs in our mother’s coffin and the motive behind it because we have much respect for him as our uncle,” said Wycliffe Ambwere, son of the deceased.