The Directorate of Criminal Investigations (DCI) is holding three people found in possession of illegal firearms and police handcuffs in Kilimani, Nairobi.

Kilimani-based cops first intercepted two suspects – Chris Mwangangi and Lucia Wanjiku – on Tuesday, August 18 while on patrol in the area.

Mwangangi and Wanjiku were driving along the Arwings Khodek and Ring Road junction in a black land cruiser V8 that had no front number plate.

After a thorough search, detectives recovered one Ceska Pistol with its Serial number erased, one Revolver Pistol, and an unidentified frontal Plate Number.

“Preliminary investigations revealed that the driver found with the Motor vehicle wasn’t the actual owner. Instead, the vehicle belonged to one Jeff Maina, a close friend of his,” DCI said in a statement.

“The suspect spoke to the owner informing him that he had been arrested and had been taken to Kilimani police station. This prompted the owner to drive into the station shortly afterward, after which he was arrested.”

Maina arrived in a Mercedes Benz that also had a number plate displayed only at the back. A search on the vehicle yielded two Police Handcuffs, one Ceska magazine loaded with 7 rounds of 9mm Ammunitions, one Police Pocket Phone, and several Identification Cards.

“The suspects were placed in custody pending investigations, while the recovered firearms were handed over to our ballistics experts for examination. Also arrested is a police officer based in Mombasa, who is believed to have given the handcuffs to the suspect,” the DCI said. 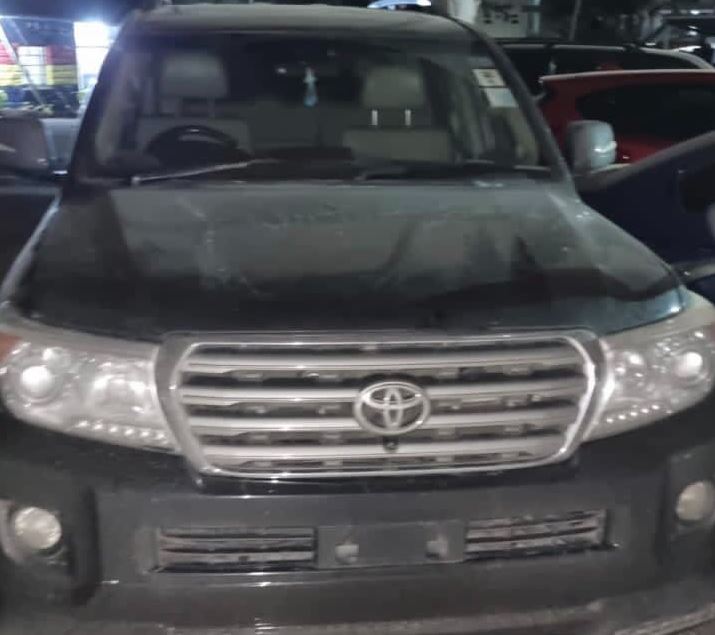 What’s Trending in Nairobi This Thursday < Previous
OMG! Househelp in Court for Forcing Girl, 5, to Perform Oral Sex on her Brother, 12 Next >
Recommended stories you may like: