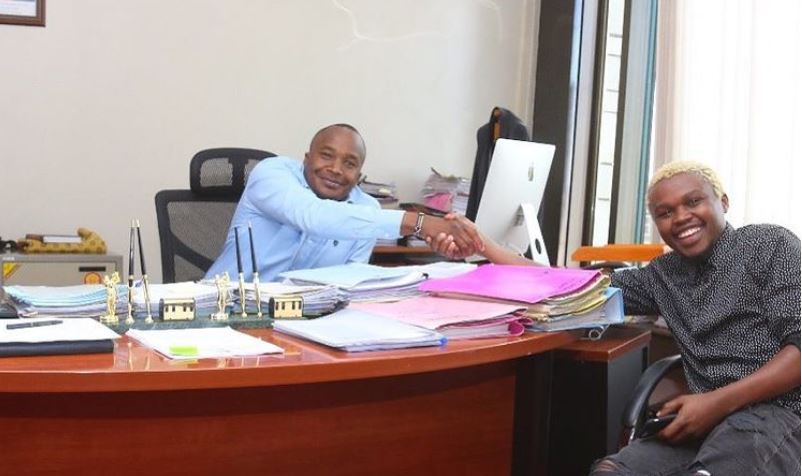 Comedian Vincent Mwasia, alias Chipukeezy, has more or less admitted that his appointment at the National Authority for the Campaign Against Drug Abuse (Nacada) was not based on merit.

The former Churchill Show comedian was named a member of the Board of Directors at NACADA back in 2018. And despite disapproval from a section of Kenyans, Chipukeezy has held down the job to become Nacada board vice-chair.

Speaking recently, Chipukeezy revisited the events leading to his appointment. He denied that he got the job through Starehe MP Jaguar, who held a job at NACADA before Chipukeezy.

Read: Did Jaguar Employ Chipukeezy as his Personal Assistant? These Photos Suggest So

“It is wrong to look at people that way. Things don’t come easy like that, and I don’t think the President could listen to him(Jaguar) in that way,” Chipukeezy said.

The comedian said he got the job following his dalliance with the Jubilee Party before the 2017 Elections.

“I used to attend the UhuRuto campaigns without pay and ask for the mic until I got a chance to talk to them,” Chipukeezy said as quoted by the Star.

“After they got to the government, one year later, while working for TV, I texted the DP William Ruto and our President Uhuru. I introduced myself and asked to talk to them. The DP responded and gave me an appointment.”

Chipukeezy said he went to DP Ruto’s office and told him he wanted a job.

“Ruto asked me which job and I said, ‘The one you had given Jaguar’. I said I would use talent and change young people through my huge following on my social media.

“He told me he would talk to the boss. Two weeks later, I was called by the President’s PA, Jomo Gecaga. He asked me a few questions and a few days later, my mum called me, saying she had seen my name in the gazette notice.”

Well, that’s Kenya for you. A country that gives State commendations for eating Githeri.

Also Read – Only in Kenya: Comedian Appointed as NACADA Board Member

‘Ambia Serikali’… Eric Omondi Tells Off Musician Seeking a Sponsor < Previous
Man Pleads With Court After Spending Money Sent to him Erroneously Next >
Recommended stories you may like: