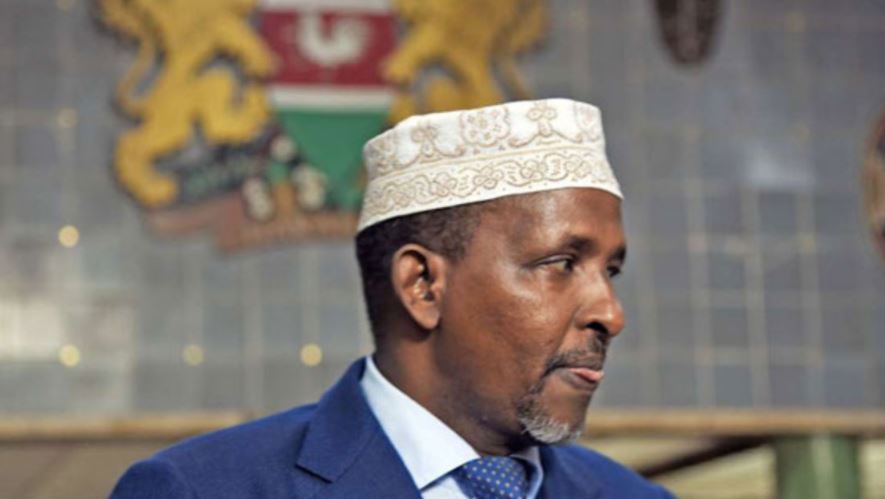 Garissa Township MP Aden Duale came under fire after he made a comment about the Catholic church during an interview with Citizen TV on Wednesday night.

The lawmaker was pointing out the differences between the ODM party and the ruling Jubilee when he likened the former to a cult and the catholic church.

“ODM is a cult where nobody can speak….its like the Catholic Church that has its own structures, it has the pope, but Jubilee is a very Democratic Party. I don’t condone those who use vulgar and unpalatable words but those are found in every political formation,” he said.

Duale’s remarked sparked an immediate backlash from internet users, forcing him to issue a statement clarifying his sentiments.

He explained that his remark was in reference to the ODM Party and not the Catholic Church.

“I have tremendous respect for the Catholic Church and its elaborate structures. Am a man of faith who respects all the teachings of other religions,” Duale said.

He added: “What I meant was that sometimes you can run a political party like the structures of the Catholic Church. I have a lot of respect for the church.”

My remark was in reference to the ODM party and NOT the Catholic Church as a cult. I have tremendous respect for the Catholic Church and its elaborate structures. Am a man of faith who respects all the teachings of other religions. #Duale #CatholicChurch pic.twitter.com/gye1tRBYVy

As an @TheODMparty life member and fully baptized and confirmed member of the Catholic Church, I take great exception to the comparison by Duale of these institutions with cults. Duale must apologize and forthwith respect each one’s freedom of association and worship. pic.twitter.com/gLsxuvk2ZS

Roman Catholic Church is the oldest monotheistic religion bar Judaism. Islam & Protestantism are its offshoots.That my friend Aden Duale syncs ODM, a temporal political body & my Church, an ecclesiastical body is heretical to the largest body of believers in Kenya & the world.

Presidential Hopeful Reuben Kigame Challenges Kenyans To Fight Political Status Quo < Previous
This is What’s Trending in Nairobi This Friday the 13th Next >
Recommended stories you may like: