What Atwoli Does To Avoid Arguing With Wife Mary Kilobi 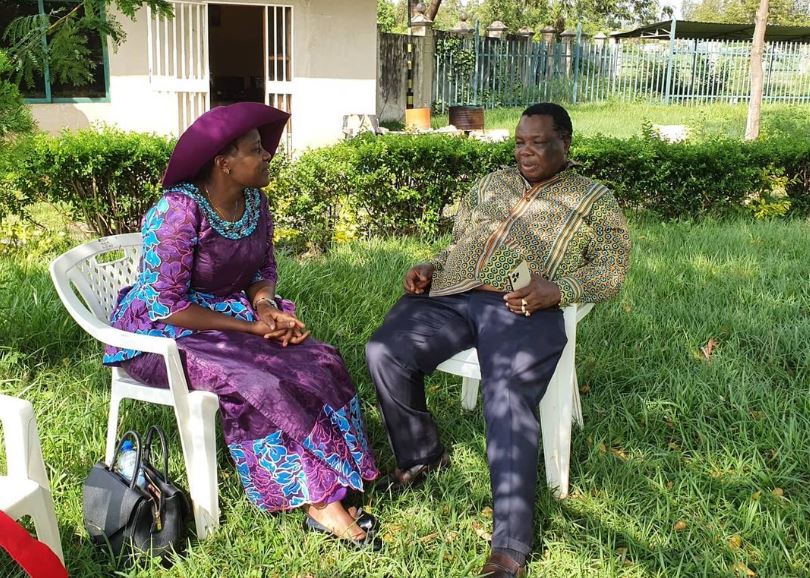 Cotu secretary general Francis Atwoli has shared the trick he uses to ensure he does not fight with his third wife Mary Kilobi.

Speaking at a wedding he had been invited to as a special guest, Atwoli advised the young newlyweds on how to make their marriage successful.

The COTU boss said the trick is prayer and putting God first.

“We are Catholics, we have a rosary, when we sleep at night and sleep is not coming, I hold the rosary and pray. You can ask Maria, she can send you one,” Atwoli said.

Adding: “When Maria asks me questions I cannot answer, I hold the rosary, pray and sleep to avoid arguing with her.”

Elsewhere, Atwoli’s wife Kilobi defended her husband’s honour after a social media user made fun of the trade unionist’s looks.

(Money is good. I’m so handsome and nobody posts me but Atwoli is being posted on social media. Life ain’t fair)

Kilobi hit right back, writing: “Handsome for who? mwenyewe hujielewi (You don’t understand yourself)! Look at what you wrote on your profile. ‘No one cares about you until you win’. Win first kabla uongee mbele ya wazee (win first before you can talk before elders). Sheeenzi sana (stupid)!” 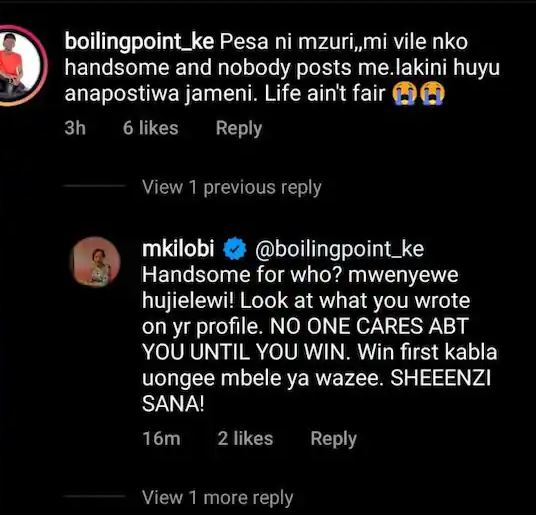