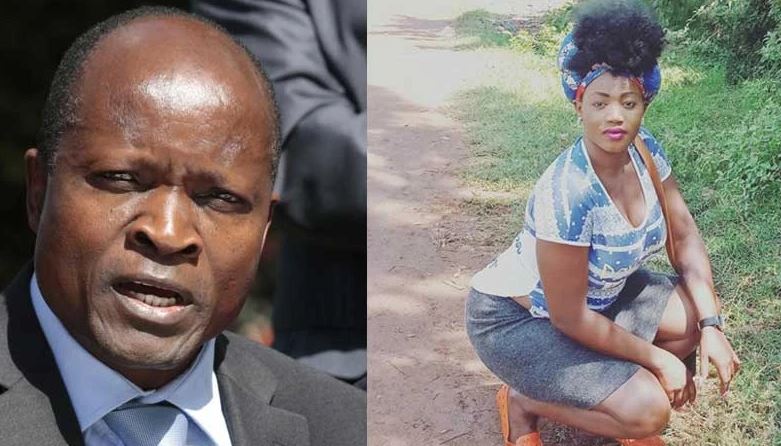 During the hearing of Sharon Otieno’s murder trial on Thursday, the court heard how a police officer recorded a statement about the alleged abduction.

Police Constable Willy Okoti, who is attached to Mawego Police Station in Homabay county, testified as the final prosecution witness for the four-day court session.

Okoti said he was on duty at Kedel Police Post on September 3, 2018, when two men arrived in a Probox at 9 pm.

“Your honour, a motor vehicle make Probox Registration number KBS532 R came to the post with two people. The driver of the vehicle alighted and came to where I was at the office,” he said.

The driver of the Probox told the officer that he had assisted a man who did not know the directions to the police post. The officer told Justice Cecilia Githua that the other man appeared shocked and confused. He was bleeding from the palm of his hands and knees.

“This other member of the public, I called him and he came to the office where I was. While at the office he told me he was in Rongo at a certain hotel he was together with another lady by the name Sharon Otieno. While at the hotel the personal assistant for the governor Migori County, went to where they were and asked them to board a vehicle which was on standby so they can change to a different hotel,” PC Okoti testified.

The reportee told the officer that they drove for about 300 metres towards Homabay before they stopped. Obado’s PA alighted and called two other people who were beside the road.

“He further told me that while inside the vehicle, he was threatened with death for investigating allegations that the governor had impregnated Sharon Otieno. Fearing for his life, he jumped out of a moving vehicle between Homa Bay town and Kendu Bay town and escaped,” the officer told the court.

Okoti said he made a brief report on the Occurrence Book number 09/03/09/2018, and later shared the OB extract with DCI detectives.