Milly wa Jesus Hits Back At Troll Over Teeth Comment 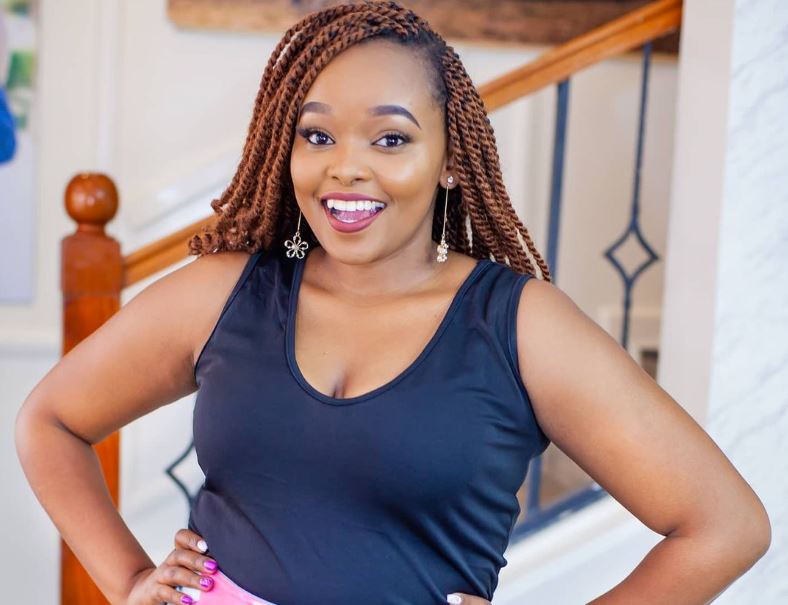 Milly wa Jesus put one of her “fans” in their place after they made an unflattering comment about the vlogger’s teeth.

The popular social media personality was engaging her followers in a Q&A session on Instagram when one of them told her to fix her teeth.

“Why don’t you fix your teeth… they don’t look good, kwanza you being a public figure,” wrote the IG user identified as @NancieMathenge5.

Not one to take body-shaming lightly, Milly of the WaJesus Family showed her teeth and told off the “toxic” troll.

Milly further called on internet users to stop projecting their insecurities on the so-called public figures.

“@nancymathenge5, Why don’t you fix your toxic self instead. Can people just stop projecting their insecurities on other people in the excuse they are public figures?” Milly wa Jesus posed.

She added: “Nobody has ever become a public figure because they have perfectly aligned teeth.” 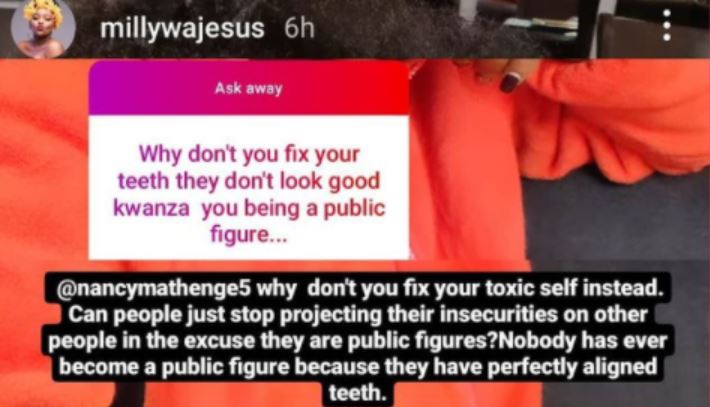 What is the Best Gift for a Wedding Couple? < Previous
Raburu’s Ex-wife Marya Prude Open To Remarrying But on One Condition Next >
Recommended stories you may like: