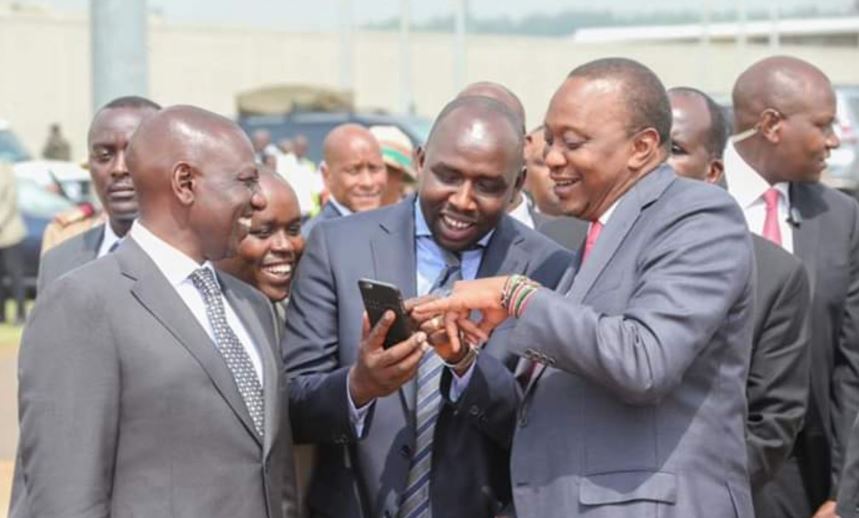 News reaching our newsdesk indicate that the President will tour Rift Valley sometime in July to launch various development projects.

During the tour, President Kenyatta is expected to issue title deeds to residents in Trans Nzoia county. In Uasin Gishu and Elgeyo Marakwet counties, Uhuru will launch road projects and inspect ongoing works.

“The exact date is yet to be fixed but we have agreed that he will visit Rift Valley in July. It could be mid or end of the month,” said Cherangany MP Joshua Kutuny.

“He will be in Anabkoi constituency in Uasin Gishu, then in Elgeyo Marakwet where he will commission projects. We look forward to hosting him.”

It remains unclear whether Ruto will accompany the President during the tour.

Coming at a time when the President and his Deputy are reading from different political scripts, the tour is eagerly awaited by political observers and leaders alike.

Among them is one of Ruto’s attack dog, Elgeyo Marakwet Senator Kipchumba Murkomen. The former Senate Majority Leaders says the Uhuru’s tour of Rift Valley is long overdue.

“R.Valley region under the leadership of DP Ruto has voted for U.Kenyatta 4 times. For 4 years he has been MIA in the region. His visit is long overdue,” Murkomen said in a tweet.

“We have many questions touching on projects&governance. We shall be there under the leadership of WSR who led us to him. I can’t wait.”

“The likes of Murkomen are now cry babies. They should be telling us all these projects we are seeing in Rift Valley and Mt Kenya are implemented by which government. In North Rift alone, we have projects worth over Sh30 billion,” Kutuny told the Star.

Adding: “The only projects that have not taken off are those that were interfered with by pro-Tangatanga leaders who wanted kickbacks. The President means well for every part of this country.”

PHOTO: This Man Has Been Posing As A Woman To Rob Joggers in Lang’ata < Previous
All The Trending Memes This Last Day of June Next >
Recommended stories you may like: