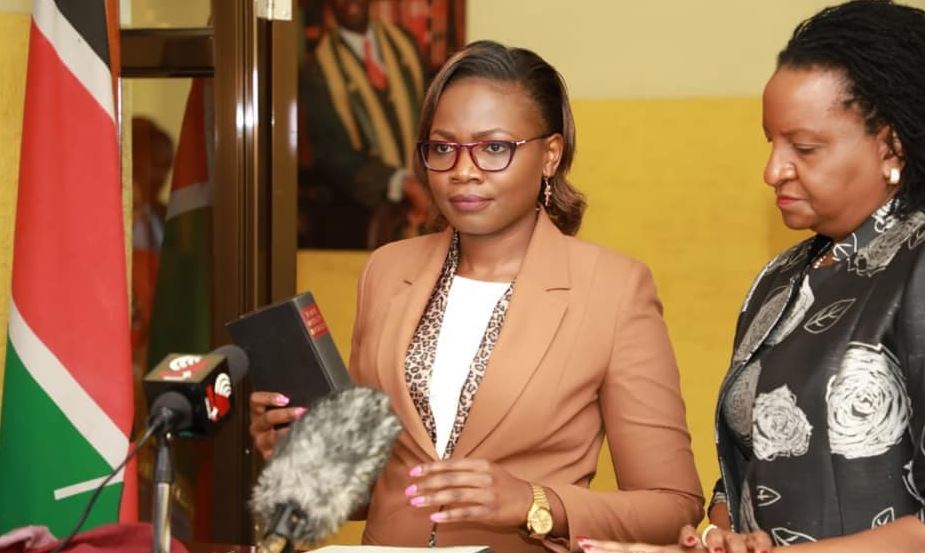 Wambui Nyutu is the Vice-Chairperson of the National Cohesion and Integration Commission (NCIC).

The 29-year-old holds a Bachelor of Laws from the University of Nairobi (UoN). She is currently pursuing a Master’s Degree in Business Administration – Strategic Management at UoN.

She shares her career journey with the Sunday Nation.

Tell us about your childhood and family.

I grew up in village in Maragua, Muranga County in a family four sisters. I’m the second born in the family. I learnt some key life lessons from my parents. My dad taught me to be firm while my mother, a teacher, taught me being focused and doing things independently.

I remember every weekend, my dad, who used to work in Nairobi, would bring us newspapers and we catch up with what has been happenning.

Growing up, what did you want to become?

I always wanted to be a lawyer. At no point in my career did I ever think of any other job. Yeah, even when I went to university. I was sure this is just something that I’ve always wanted. I’m not an over-thinker, but when I set my mind on something, I’ll go straight for it.

Why law, and are you practicing?

I just thought law is a promising career for me. It was also my childhood dream. Currently, I’m not practicing because I am a commissioner. My practice is to assist the commission with legal issues, given that I am the only lawyer commissioner.

At the commission, I lead the legal and investigations department and the chair of that particular department. So that is where I input my knowledge in the legal field. I’m also set to sit for my bar exams. After the exams maybe I’ll practice law after I’m done with the commission job.

What does your position at NCIC entail?

Currently, I’m the vice-chair. So it means assisting the chairman in any duty that he may delegate to me. And also, I’m the chairperson of the legal investigations department. That is a department which deals with the legal issues; we follow up on prosecution of cases in court. I’m a qualified arbitrator and a mediator. I also go to the field to mediate disputes between communities.

What changes do you want to see at commission?

There are many changes that I would wish to see at the commission. Number one, you know that the justice system in Kenya is not so friendly, especially when it comes to politicians. We have no control over when cases have been taken to court. NCIC majorly depends on three different institutions, the Directorate of Criminal Investigations (DCI), the Office of the Director of Public Prosecutions and the judiciary.

But taking a case to court sometimes is a problem. In addition, there is no proper coordination between all the four, including NCIC teams. Currently, we have set working committees between the DCI, DPP, the NCIC and the courts to a seamless transition of issues from NCIC where the complaint is made to the courts.

What drives you in your professional life?

And what is that you want to be in the future?

What’ do like most about working at the commission?

My favorite part is when I go to the field and meet people from diverse cultural backgrounds. Whenever I go to Turkana or Baragoi, I interact with the people I meet out there. Working with communities, mediating disputes, that’s the best part of my job.

If you could change one thing about your personality, what would it be?

Sometimes I tend to be so anxious about having something done perfectly. For example, if I have something that I’m chasing, I might pursue it with too much energy until it drains me so much.

You are an adventurous person; tell us about bungee jumping at Victoria Falls.

When I went to Zambia for Comesa training, I was informed that Victoria Falls was just around the corner and that there was bungee jumping.

I’m very adventurous, some sort of an adrenaline junkie. But bungee jumping was the most challenging thing I’ve done.

I’ve always wanted to challenge myself to do things that are difficult for people. So that part is what drove me to do it.

If you look at how I do my things and the projects I take up, I think it’s that desire to say that nothing is impossible that keeps me going.

If you think that you’re not able to do something, push yourself to do it. So it was just something that was driving me from inside and telling me to do it try.

What was going through your mind going down the Zambezi River?

Falling 111 meters, a freefall! At some point, I felt like I was just alone in the world. It was a reflective moment because I imagined myself alone; it was just like a void. The only thing you can see is the waters, some bushes around you, and the air. That’s all I was able to see. And I felt like, really, is this what death feels like?

Like I’ve already stated, I’m a business person. I’ve always been in business since I was in the university. I was employed even when I was in campus, and so I opted for evening classes.

By the time I was going to Parliament, I had done a lot of things. As a leader, you also need to be financially stable to support your communities. The things I started back then just grew, and God has been faithful. 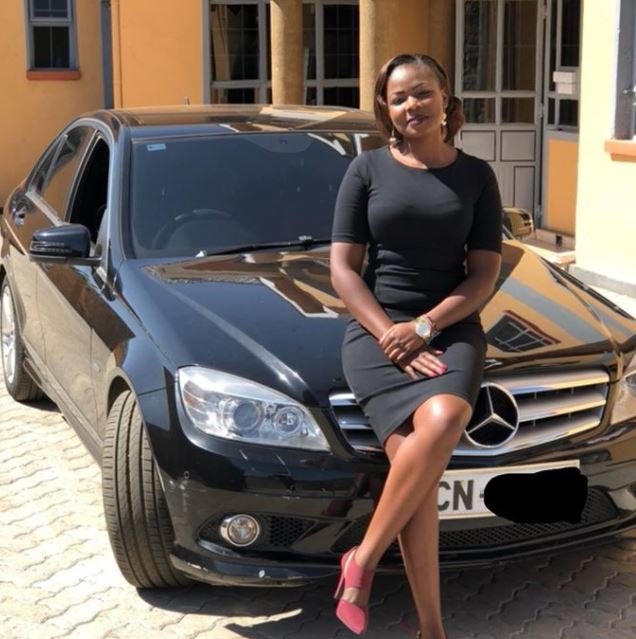 What one word would you use to describe yourself?

What are you most proud of in life?

I am proud of the fact that I can run a charitable organization and support communities.

Tell us about the foundation.

Wambui Nyutu Foundation is a promise I made to God. When I was praying about my job, I used to go to Holy Family Basilica to pray to get the commission job. In my prayer I would tell God, “when you give me this job; I will give back to you and support people to continue with the good work you have done to my life.”

So when I got the job, I decided to keep that promise. I give part of my salary to the foundation every month. My philanthropists friends also support the foundation.

Through the foundation, we have done a computer lab at Nginda Mixed Secondary School and renovations at my Alma mater Ihigaini Primary School. We have also installed water tanks in different schools. We majorly focus on education because I believe that education can take a child anywhere in the world.

I would want to be remembered for transforming society. I cherish every opportunity I get the opportunity to transform society to be a better place.

I strongly believe that it’s my duty and responsibility to make things work. So I want to be remembered for the Wambui Nyutu Foundation for touching lives.

Tell us about Warembo na UhuRuto

We started it in 2016 when I was about to clear campus. I thought to myself, “now that we are done with university politic and going out to the world, what’s next?”

At one chapati forum at Moi Avenue Primary school, I told some of the ladies who were present to join me and create a movement that would bring all of us together.

We agreed on forming Warembo na UhuRuto movement which eventually grew into something we had never imagined. From four founding members, it became a movement with a national presence. Everywhere the president went, he found us there.

I was the chairperson at the national level, but the movement gave many women a platform. As a result, many women are now leaders in their respective counties. What surprised me most is that when the president was looking for a youth leader to run the Jubilee campaigns in 2017, I was on top of his list.

I was therefore appointed to run the jubilee youth campaign in 2017. And we did a campaign for the president. It was now known as Tokelezea Vijana na UhuRuto. That was the platform that thrust me into the limelight.

It all started as a small dream but grew into something huge. I learnt alot about the murky world of politics from that experience. It also gave me a lot of contacts.

Your advice to young women

Just start where you are. Don’t overthink things. Just go for it. If I were a fearful person, I wouldn’t have formed Warembo Na UhuRuto; and I wouldn’t have led it to the end. This was a twist in my career. It was something that changed my whole life and how I look at things as a whole.