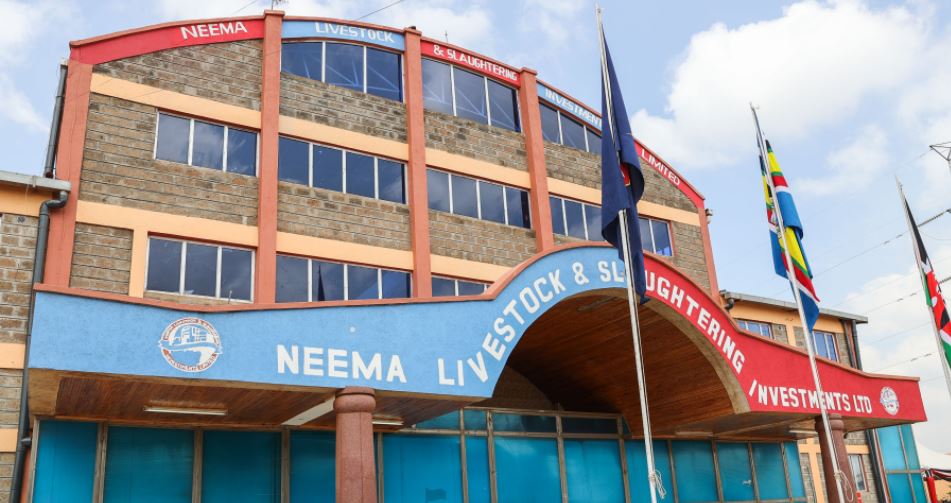 Speaking during the event, the President assured that the Government will continue creating a conducive environment for business to thrive with the aim of creating jobs and wealth for wananchi.

President Kenyatta said the Government will continue sourcing for new markets and expanding existing ones so as to enable farmers to sell their livestock at good prices.

Neema is a Sh300 million slaughterhouse owned by 3,000 livestock farmers and has an installed daily slaughter capacity of 12, 000 and 6,000 small stock (goats/sheep) for local and export markets respectively. Over 85 percent of their products are sold overseas.

The President said the recent re-opening of the Kenya Meat Commission was part of a long-term plan by the Government to cushion livestock farmers from exploitative middlemen.

“This week, I was in Athi River to re-open the Kenya Meat Commission and I said what we are doing is to ensure our livestock farmers will not continue to be exploited because of lack of markets.

“We cannot have a situation where someone has reared his livestock and when time comes to sell them they are offered peanuts, and because someone has trekked for long he just gives in to any price,” President Kenyatta said.

The President told Kenyan farmers that the Government will extend the reforms being rolled out in the tea and coffee sectors to cover other areas among them livestock and maize farming so as to make agriculture a lucrative economic activity.

“Already due to the reforms we have undertaken in the coffee and tea sectors, our cash crop farmers are now getting good money,” the President said, adding that the Government will continue setting abattoir across the country to ensure livestock have ready markets for their animals.

“As a government, we will be putting up slaughterhouses in various places and I know together with those being put up by private investors, farmers will not fail to get good prices,” he said.

The Head of State applauded owners of Neema abattoir led by Mr Mohammed Bonaya for the consistency and determination that has seen their business expand and provide jobs to many young Kenyans.

“You started small in 1973 here in Kiamaiko and you have been consistent. Today together as 3,000 members you raised Kshs 300 million to put up this huge investment. This is not an easy job and I congratulate you Mr Chairman together with your members,” the President said.

He encouraged Neema to take advantage of the new Lamu Port and set up a similar meat processor in the area for the export market.

“I am happy because you have demonstrated that you have the capability to put up an investment like this. What you need from us is water, electricity and roads which I assure you will be done by my Government,” the President said.

Addressing wananchi who turned out to greet him on his way from Neema, President Kenyatta urged Kenyans not to be divided along partisan lines but rather live together harmoniously so they can benefit from the investments being rolled out across the country.

He said the new ultra-modern Neema slaughterhouse will offer jobs to the youth, adding that the Government will construct the road leading to the area besides installing street lights to ensure security for the residents.

In addition to community water projects being undertaken by the Nairobi Metropolitan Service in the city’s informal settlements, the President said the Government will tarmac 400 kilometers of access roads in these neighborhoods.

“I want to assure Nairobi residents that apart from the clean water services which we have provided through drilling of boreholes in slums, we are now undertaking another project of tarmacking 400 kilometers of roads in the informal settlements so that our people in Mukuru Kwa Njenga, Mukuru Kayaba, Kiamaiko, Kibera and others will be able to move with ease,” the President said.

Agriculture CS Peter Munya said his ministry will continue working to provide the necessary support to farmers. He announced Government plans to set up a tanning factory in Athi River for livestock farmers to sell skins and hides at competitive prices. 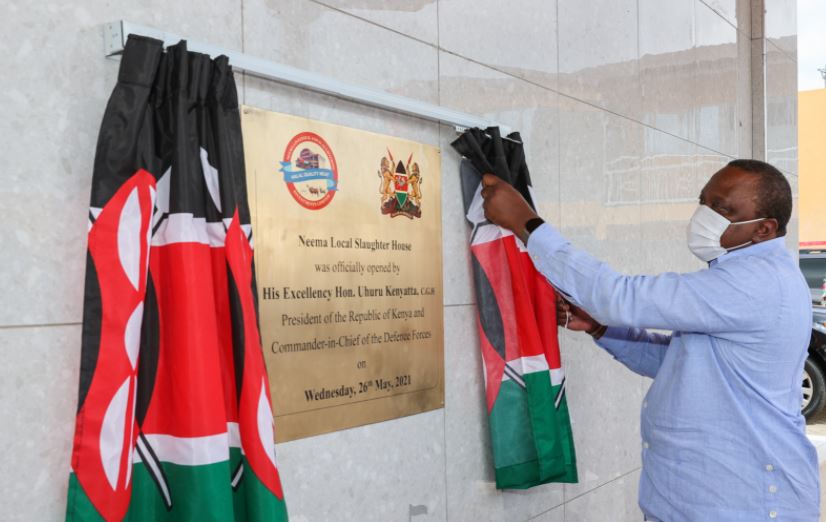 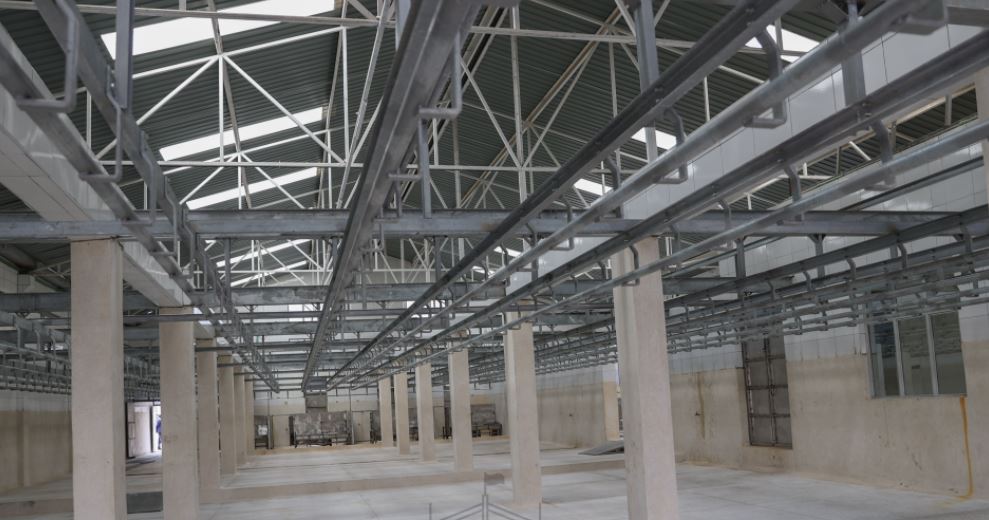 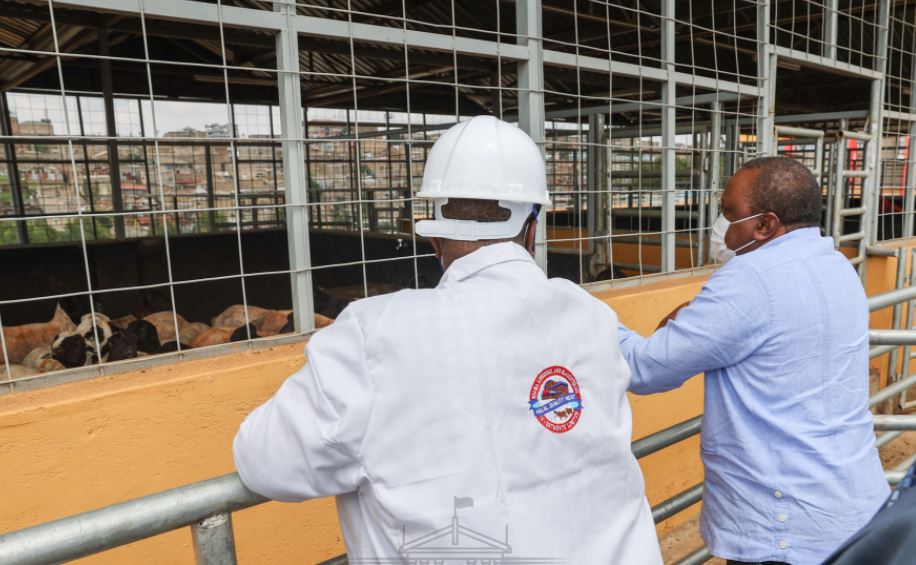 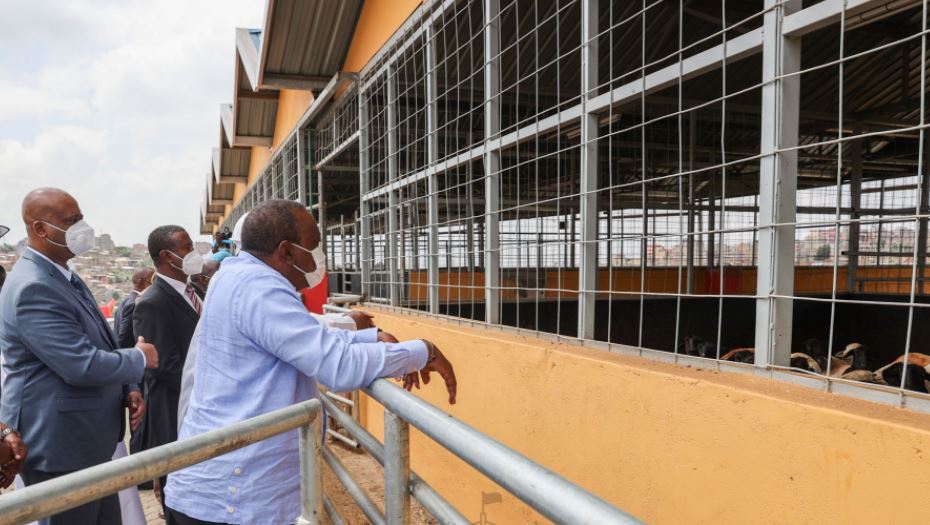 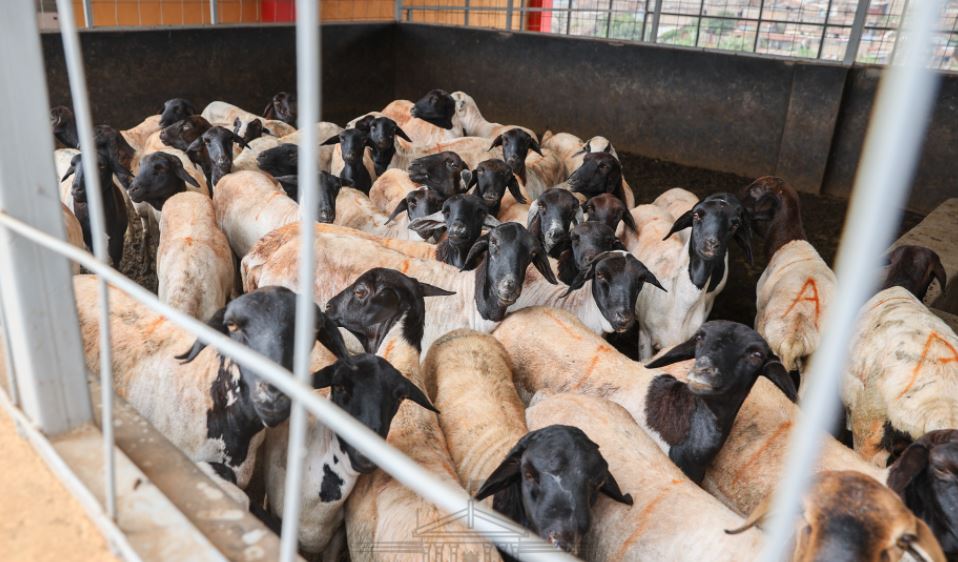 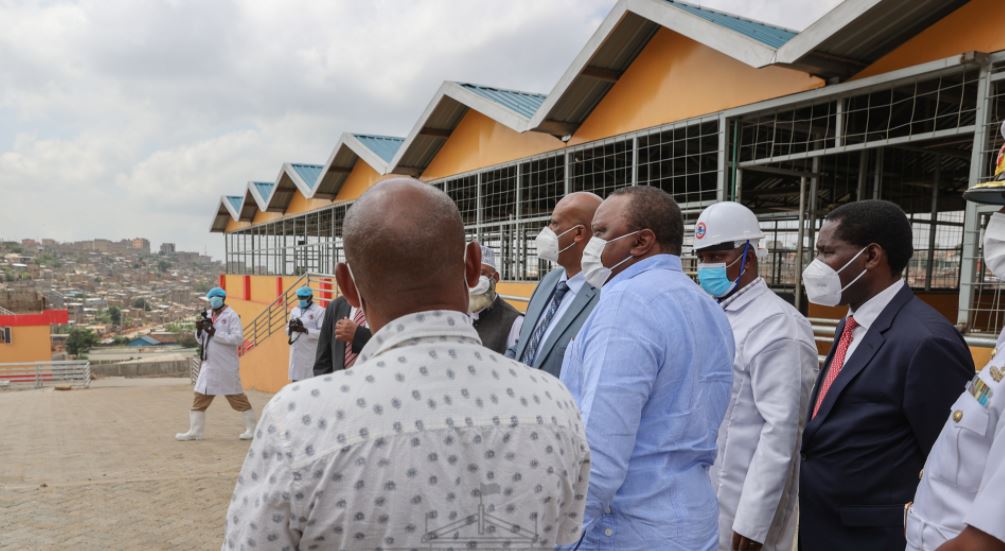 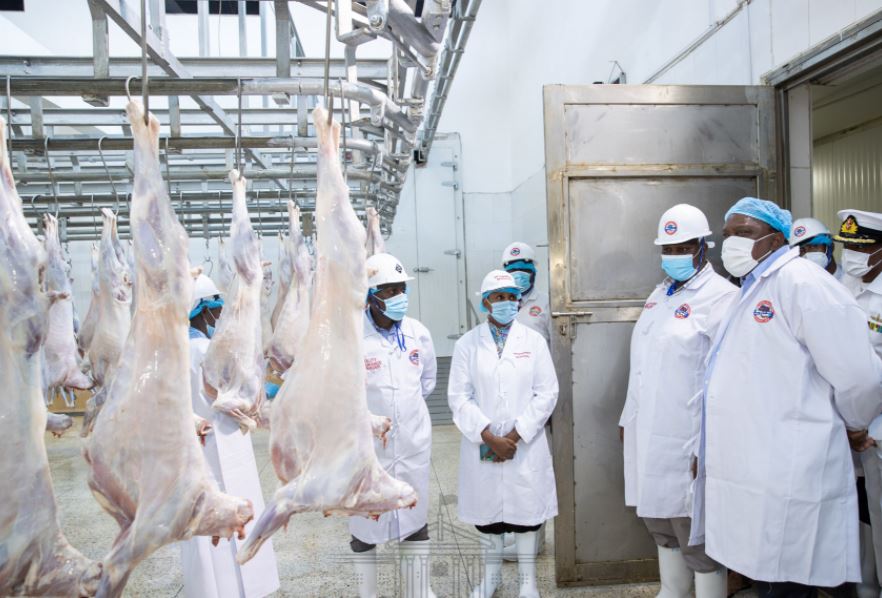 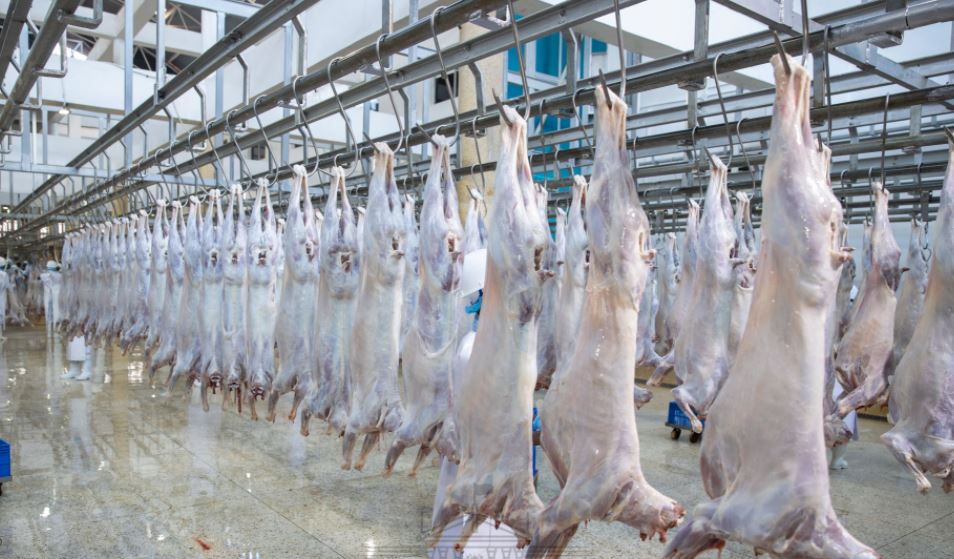 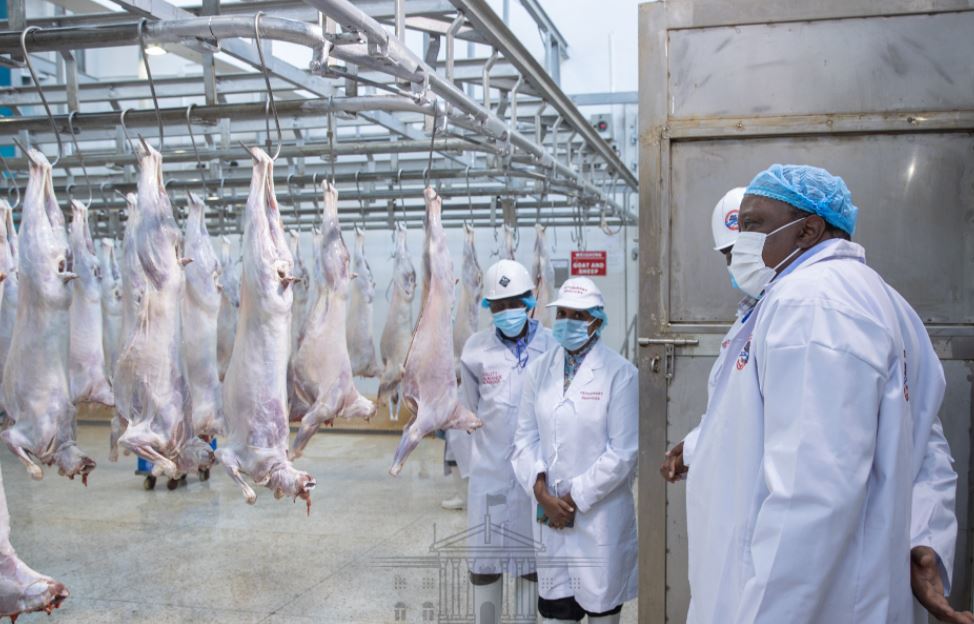 NMS to Conduct Another Test Run at Green Park Terminus < Previous
President Kenyatta Mourns Mzee Phares Rutere Next >
Recommended stories you may like: