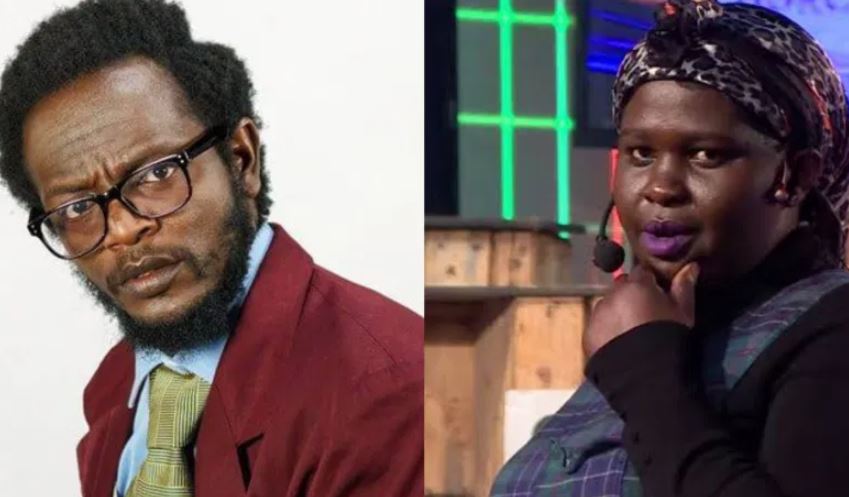 The public spat between the two comics started when Jemutai accused Prof Hamo of neglecting his fatherly duties to their two children.

Narrating her plight to infamous scandalmonger Edgar Obare, Jemutai disclosed she got her first child with Prof Hamo back in 2016 and their second-born daughter in October 2019.

“He doesn’t support his kids at all,” Jemutai claimed as she sought Obare’s help to sell her Facebook account

In a rejoinder, Prof Hamo denied the deadbeat dad allegations leveled against him, insisting that he is not an absentee father and has been providing for the kids through his wife. 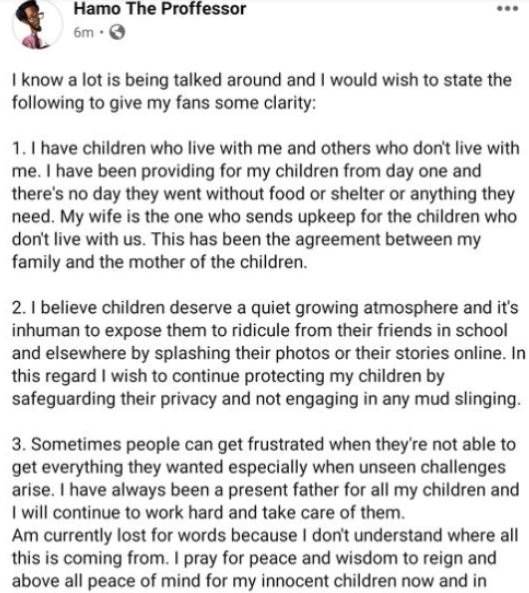 The three-day spat then spiraled into a ‘He said, she said’ as Jemutai accused Prof Hamo of lying through his teeth.

“It’s on a Sunday for heaven’s sake. Why are we lying, the last time Hamo paid rent was last year October and from then he refused to pick the caretaker calls? I respect Mama Mellisa (Hamo’s wife) so much but since you’ve decided we drag her into this, the only money she has ever sent me is KSh 9,000 in total,” said Jemutai. 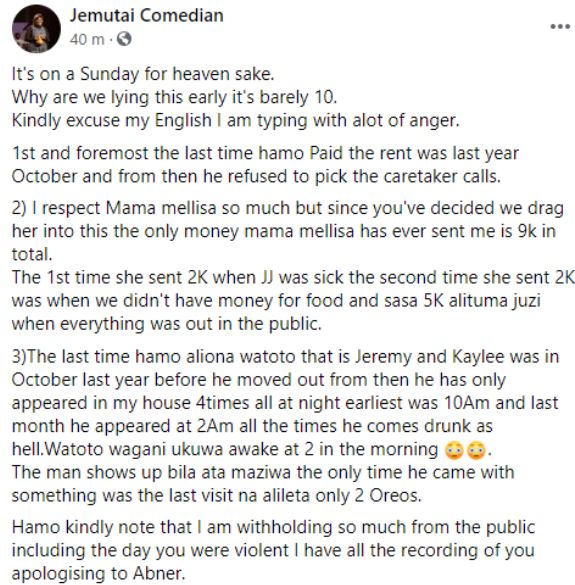 She further intimated that she was withholding more damning accusations against Prof Hamo, “including the day you were violent”, Jemutai wrote.

As the spat threatened to get messier, Kenya’s comedy industry gatekeeper Churchill mediated between the former Churchill show performers

“We have had a long cordial talk with Hamo and Jemutai and agreed to deal with the matter privately and find an amicable solution.. in the end, the kids have to win,” wrote Churchill.

This saw Prof Hamo and Jemutai take down their respective posts from their social media handles.

Burglary Suspect Arrested as Footprints Lead Residents to his House < Previous
Meet Writer Karen Liang, “My Chinese Husband Thought ‘Ngai’ was a Curse Word Next >
Recommended stories you may like: