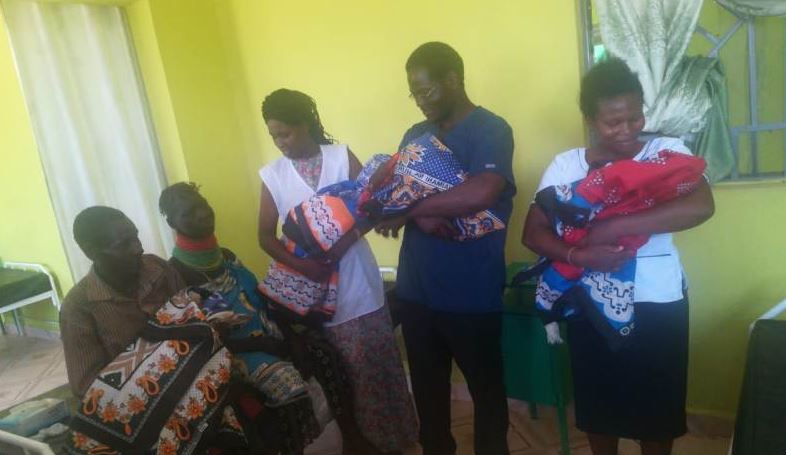 A mother of seven on Wednesday gave birth to four baby boys at the Kalemnyang Hospital in Loima sub-County, Turkana County.

Arot Sugwar Achingole had reported to the facility with her husband Nangor Eripon expecting to welcome one child but two hours later, she delivered quadruplets.

Faith Kipchumba, the hospital’s Registered Clinical Officer who attended to her, said Arot’s was a pre-term delivery. She said the babies were in good health.

“The babies with the mother are in stable condition but will have to stay at the facility for some few days for observation,” Kipchumba said. 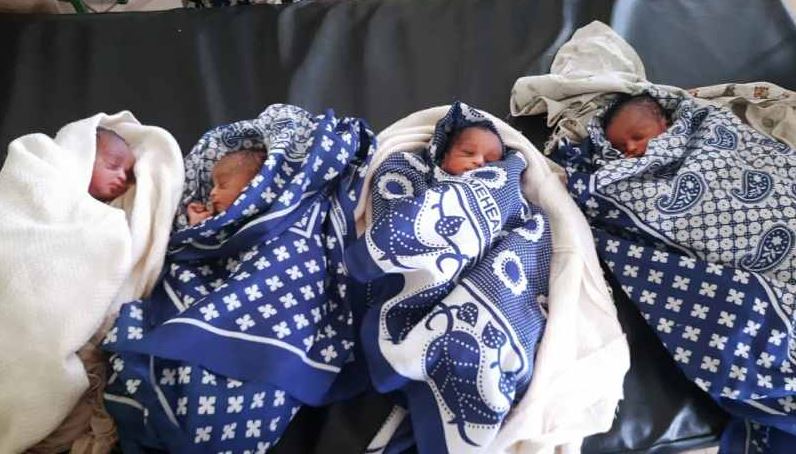 Lomurukai said that the boys will be referred to the Lorugum Sub County Hospital for observation and further management to ensure that they attain the 2.5kg weight before being discharged.

The mother and her husband are now calling on well-wishers to help them raise the children since they were not expecting the surprise.

This is What’s Trending in Nairobi This Mid-Month < Previous
Man Hangs Self Shortly After Surviving Road Crash Next >
Recommended stories you may like: