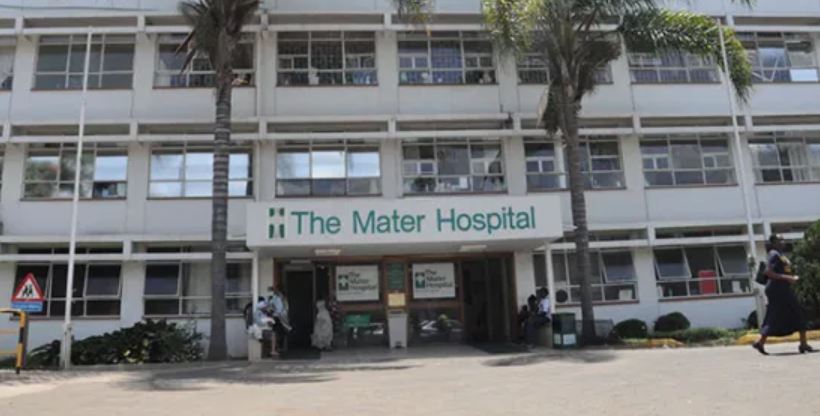 A man has sued the Mater Hospital in Nairobi for detaining the remains of his late wife over a Sh3. 5 million bill.

William Nyambuti Maina claims the hospital has declined to release the body of Priskillah Kemunto Oendo despite paying half of the bill.

The late Kemunto died on January 8 after a long illness with her family unable to lay her to rest due to an accumulated bill that had soared to Sh 7.04 million at the time of her death.

“The hospital wrote us a letter asking to clear all the pending bills before it could release the body. The family managed to raise Sh 1.5 million in the first instance and later Sh2 million through fundraisers. We had asked for a waiver after raising the amount but our request was declined,” Nyambuti said. 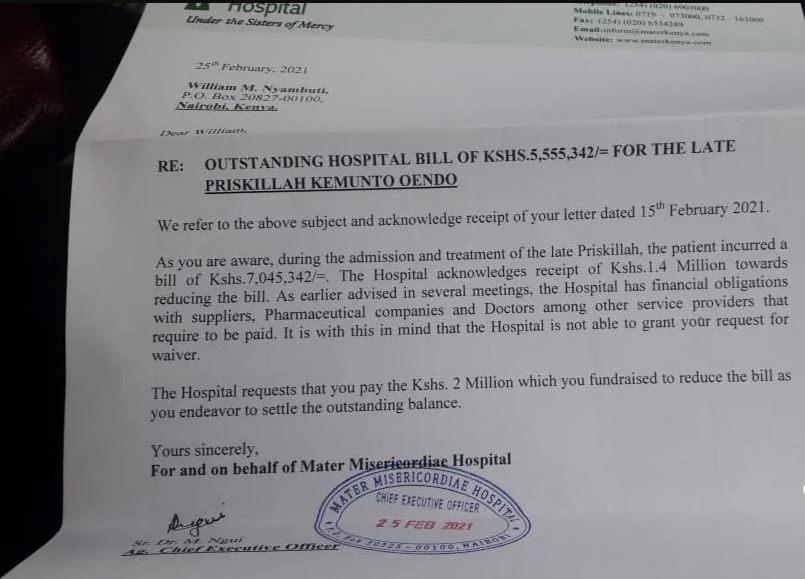 Since her demise, Mater hospital has also been charging a daily morgue fee of Sh1,600.

“The respondent continues to unlawfully, illegally and improperly detain the remains of Priskillah Kemunto Oendo in order to emotionally depress, oppress and blackmail me or my family members for their commercial gain yet they cannot auction the cadaver or the remains of the deceased and recover their dues,” Nyambuti said in his affidavit.

The widower wants the court to compel Mater hospital to release his late wife’s body for burial.

11 Girls Sustain Injuries While Saving Suicidal Colleague From Falling To Death < Previous
Why I Will Not Take AstraZeneca Vaccine, CS Kagwe Next >
Recommended stories you may like: