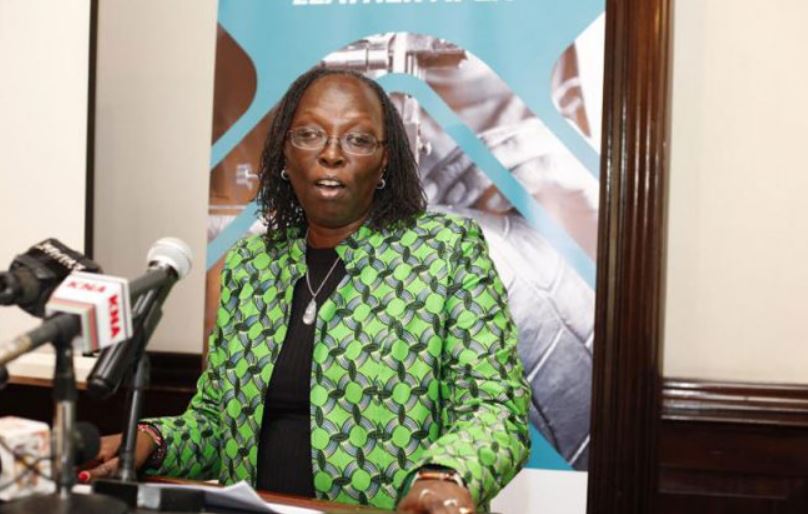 Trade CS Betty Maina responds to questions from the public on the Kenya-UK trade deal and more.

Parliament may have ratified the Economic Partnership Agreement (EPA) with the United Kingdom, but you will recall that there have been murmurs against certain clauses in the deal which your ministry promised to look at after the agreement is in force. What inbuilt mechanisms are there in the agreement to allow for such amendments, especially if one party is unwilling to amend? Albert Kinuthia, Nairobi

The EPA contains a mandatory five-year review clause, amendment and exit clause as well as infant industry safeguards as some of the inbuilt mechanisms that will mitigate any negative effects.

The review clause provides for a comprehensive mandatory review of the entire agreement every five years (Article 141). The amendment clause allows flexibility to seek amendments on any provisions, including tariff liberalisation schedules, when the need arises (Article 142).

The exit clause, Article 139 on Denunciation, provides for flexibility to exit upon giving a one-year written notice.

If there was one thing that came out of the parliamentary debate on the trade deal with the UK, it was the fact that legislators would like to be involved in some way in the journey of negotiating such agreements in the future. Right now, Kenya is involved in negotiations with the US for a similar trade deal. How do you intend to carry MPs along so that the issues that arose with the UK deal are nipped in the bud? Sam J. Wekesa, Berlin

Currently, there are no provisions for the legislators’ direct involvement in the negotiations. We would, however, propose that the relevant Committees of Parliament to be regularly updated on the ongoing negotiations. We hope to adopt this approach immediately and will soon be arranging a session with MPs to provide updates on the status of the Kenya-US Free Trade Agreement.

What is your ministry doing to nurture the specific industrial potentials of each region in the country in line with Vision 2030? For example, the northern region is lagging behind despite its huge potential in the livestock economy where it can be a market leader beyond Kenya if properly supported. Hassan Malik Mohamed, Garissa County

Implementation of the EPA is the responsibility of both the national and county governments. We have partnered with the Council of Governors and held consultative forums in which we agreed that the priorities identified by the county are the ones to support first. We have also engaged the counties one-on-one. In other cases, our engagement has been at the regional block level. We also have ministry staff in various counties assisting with implementation and capacity building.

It is said that Kenya will start to be considered to be meaningfully in manufacturing when it decides to go into mining and processing of minerals in a big way. Sometime last year, President Uhuru Kenyatta announced that a team of bright young men and women he assembled at Manyani, Taita Taveta had managed to study the minerals buried in the country’s belly at a lower cost than it would have taken had the government engaged private firms. What should we expect next as far as exploiting these resources is concerned? Githuku Mungai, Nairobi

Once the analysis of the data gathered is concluded, the Ministry of Mining will roll out the strategy of full utilisation of our resources. The value created from mining is contingent upon the quantity of mineral deposits in a country. Adding value to our minerals before exporting them will create jobs. The State Department for Mining has all the details regarding the strategy and policy direction for exploration and exploitation of mineral resources.

County governments have heavily invested in enforcement officers ostensibly to crack down on hawkers in towns. Shouldn’t they see opportunities in these hawkers and partner with them for the much-needed local revenue? How can your ministry, intervene in the situation? Komen Moris, Eldoret

The State Department for Trade has the Internal Trade Directorate. This directorate works with the various components of the markets including development partners to make the function of trading occur seamlessly. In deploying the enforcement officers, the counties merely wish to streamline the trade that takes place in many of our urban centres. Hawkers could be itinerant traders and many times they are sedentary. The ministry considers them candidates for our entrepreneurship programmes. The Micro, Small Enterprises Authority (MSEA) was created to cover this sector. Last year we developed the policy for this cadre. MSEA is the lead agency in its implementation.

The trade deals Kenya has signed recently and those still under negotiations have caused jitters within the East African trading bloc and on the continent under the African Continental Free Trade Area (AfCFTA), which came into effect in January. Are you concerned that the deals could jeopardise trade with our neighbours and the rest of Africa? Bridgit Mwenda, Kitengela

Not at all. One of the objectives in these negotiations is to secure trading arrangements that strengthen regional integration and are compatible and promote our shared commitment to the World Trade Organization (WTO). The EPA with the UK was to ensure trade continuity following Brexit. It is also to secure a long-term trade agreement that would provide permanent duty-free, quota-free access to the UK.

The full title of the Kenya and UK agreement is “The Economic Partnership Agreement between Kenya, a member of the East African Community, of the one part, and the United Kingdom of Great Britain and Northern Ireland, of the other part”. Kenya and the UK have assured the EAC member states that they are free to join in the new EPA, in Article 143 which provides for accession for the other EAC Partner States when ready.

The Kenya UK Trade agreement builds on the EAC-EU agreement concluded and initialled in 2014. At their last summit on February 27, 2021, the EAC Heads of State allowed countries who have signed and ratified to proceed to implementation of that agreement.

Moreover, under Article 12(2) of Protocol 1 on the Rules of Origin, the EPA provides for cumulation of materials from other EAC, other African countries as well as the Caribbean and Pacific (former ACP members) for conversion into finished products and exporting to the UK. The EPA provides market certainty that should drive industrialisation and diversification of economies in the region.

Since 2013, counties have been hosting investment conferences and forming trading blocs to attract investors and leverage on their economic potential. What is the ministry doing to regulate this and ensure that counties are not hoodwinked by foreign investors and public funds are not misused to finance activities that contribute  nothing to the economy? Dan Murugu, Nakuru

The regional blocs are creations of devolution. One bloc has engaged the ministry and international partners in developing a special economic zone. My ministry hosts the Kenya Investment Authority (KenInvest), whose mandate is to promote investments in the country. It has regional offices in Mombasa, Kisumu, and Eldoret .

As counties work to attract investors and development partners, we have a mechanism of supporting them through KenInvest. We also encourage counties to engage the Ministry anytime they need support.

I attended a recent Special Economic Zones Authority webinar and it was shocking that there are just three public zones against nine that are privately owned. In particular to manufacturing, what is the government doing to promote public-private partnerships in this sector to meet the target of 500,000 new jobs every year that the Jubilee administration promised in 2013? Dan Murugu, Nakuru

The Special Economic Zones Act guides the establishment and management of SEZs. It provides for gazettement and licensing of all SEZs, development and operation of public zones, and provision of a one-stop-shop service for investors. The establishment of these zones requires heavy capital outlay. This is where the public-private partnership model comes in.

The government chose to develop three public SEZs—Dongo Kundu, Naivasha and Konza Technopolis. An incentives framework for the zones was developed although, with the new trade opportunities, a review is underway to make manufacturing attractive and competitive.

One on One With Ketraco CEO Fernandes Barasa: A Degree Doesn’t Make You a Good Employee < Previous
Norwich Playing for the Jackpot as Promo Beckons Next >
Recommended stories you may like: