One on One With Ketraco CEO Fernandes Barasa: A Degree Doesn’t Make You a Good Employee 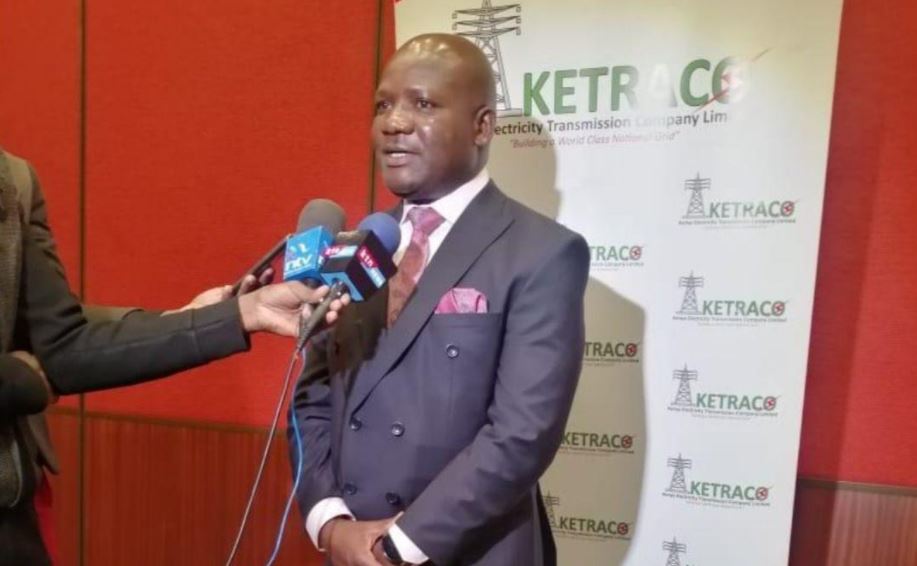 Fernandes Barasa, the CEO of Kenya Electricity Transmission Company Limited(Ketraco) spoke to the Nairobian about his family, marriage, why his children go to public schools, and why a degree doesn’t make one a good employee.

You are a CEO and a Ph.D. Your wife Janet is a Ph.D. Your son was one of the top KCPE performers countrywide. In such a family, what type of discussions do you have at the dinner table?
(Laughs heartily) A normal conversation like any other family. We actually speak Luhya when in the house. We don’t discuss work. My sons, my wife, and I support different football teams so the temperature in the house during football matches sometimes rises, and the boys talk to me in a way they would their age mates, forgetting I am their father! One look from me, and they go back to arguing with respect, including throwing in a few kind words for my team. (Sighs) It gets beaten most days.

So when you argue with your wife, another PhD holder, does one harsh look from you also silence her?
No, we got married as husband and wife, not PhD to PhD, but I can assure you, a harsh look from me can’t silence my wife, but one look from her can silence me. (Laughs) She is tough and never comes to an argument unprepared. She hits me with so many facts, mpaka zile makosa za kitambo, I end up apologising, for the sake of peace, even if I am sure I am not to blame. (Prolonged laugh).

Peace is important in a marriage. If your wife can’t give you peace, even if she stays in Australia and you are in Nairobi, my brother, you can’t focus at work.

Being a bus driver was your ambition as a child, but most children grow up wishing to pursue careers in academia, medicine, engineering…
I had never gone beyond the boundaries of our village and there was only one bus plying the route so in the eyes of a young boy, who walked a total of 10 kilometers daily to school, being a bus driver was the best thing I could aspire to be because it means I would not have to walk again. If I became a driver, I promised my mother she will never have to walk going anywhere again (laughs heartily). I breezed through school and got to know what education really means when I got to high school.

What happened in high school that changed your perspective towards education?
Shoes and food! I wore my first pair of shoes on my first day in form one and the school provided three square meals in a day! In primary school, I had no shoes and lunch was sugar cane or water. If I can wear shoes, and eat three meals just because I am a form one, what more opportunities waited for me if I went to university? What if I graduated? It is then that I realised that there is more to life than being a bus driver, and education was my ticket out of poverty. I also learnt that education was a great equalizer irrespective of one’s background.

Are you sure background has nothing to do with success in education? You’re a CEO, why take your children to public schools in the village?
Many people want their children educated in schools that host presidential debates, not schools used as voting centres but my children go to a school used as a polling station. Two years ago, my son Thorn Barasa was the best in the (former) Western province with 437 marks out of a possible 500.

His mother and I wanted him to have a 360 degrees appreciation of humility as a virtue by interacting with kids from other backgrounds. His mother and I went to public schools and I turned out ok, I think.

For you, education was a way out of poverty. Have you ever reached a point where you realise education isn’t everything?
When l graduated from Kenyatta University in 1997, I had high hopes to get a good job immediately. I was always top of my class so I thought getting a job would be easy. Sending my CV unsuccessfully promptly deflated the sense of entitlement I had and led to a sense of self-doubt.

Education doesn’t teach you about attitude, interpersonal relationship,s and networking. When l got a job as an accountant in Kenya Airways a year later, l quickly realised that education only prepares you with the basics you require to function at a job, a degree is really the start of learning. No matter how educated you are; the ability to keep learning will be key in keeping relevant and growing in your career.

As CEO, what’s the greatest skill you look at when interviewing potential employees?
The greatest ability any employee or employer must possess in the 21st Century is the flexibility to learn, unlearn or Relearn. The advancements in technology in all professions means that every six months something new is introduced; so the greatest skill one requires is the ability to keep learning.

Another consideration l look for in potential staff and partners is their attitude! The right attitude supersedes qualifications or even talent. You could be highly qualified, extremely gifted and talented but with a bad attitude, you are exceptionally limited in how far you can soar.

When not running a multi-billion shilling enterprise, speaking in Luhya with your PhD wife, arguing over football with your sons, what else do you do to relax?
I take very long walks. As a child, I wanted to be a bus driver so I won’t have to walk, now, years later, I am walking to ease pressure and help me think clearly. I also hit the gym daily.

Your work at Ketraco makes it possible for power producers to deliver power to Kenya Power. But KP is in the red, with billions in losses, it has been embroiled in scandals and is perceived by Kenyans as a monopoly that needs competition. Your thoughts?
Ketraco’s mandate is to plan, design, construct, own, operate, and maintain new high voltage electricity transmission infrastructure. It would be very disrespectful that I answer questions about another organisation. The CEO is a very competent man who can deliver if given enough support because the energy industry is full of challenges. You won’t find CEOs coming to cry in the media, but the burden they carry is unfathomable.

What are your thoughts on the uptake of solar energy by Kenyans? Won’t it also kill Ketraco?
One thing you have to appreciate is the government wants what’s best for its citizens. If solar power is cheaper and easily available, that’s what the government will want for the citizens. But it’s important to note that no one just wakes up one day and makes a policy that will affect Kenyans negatively. Everything is taken through intensive processes by experts, so if the experts say solar is best, the government will adopt it. Government policy is to make your life easier not harder. If indeed solar is the way to go, personally, I would go with what’s good for mwananchi.

Corruption has always been linked to heads of state corporations…you run one with a budget running into billions…
There are a lot of things about running a state corporation that people don’t know. The intrigues, power struggles, influence and pressure from senior people. It’s not only CEOs in government that undergo such pressure, even private-sector CEOs go through it.

Ask your CEO the last time he slept well, the last time he relaxed for an hour without thinking of how to solve problems at work… speaking for myself, my mantra has been, do the right thing, everything else will fall into place.

Ketraco has digitised its procurement processes via end-to-end automation of tendering, supplier management and contracts submitted and processed online for efficiency, accountability and transparency. This process is 100 percent Paperless and Ketraco is the first Company to implement this automation in the East and Central Africa region hence cutting down on costs and killing corruption.

My pride and joy is supporting the provision of education for marginalised children as I inaugurated the Ketraco Scholarship for Orphans and Vulnerable Students (KETSOVS). The fund caters for vulnerable girls at Kenyatta University where I am an alumnus.