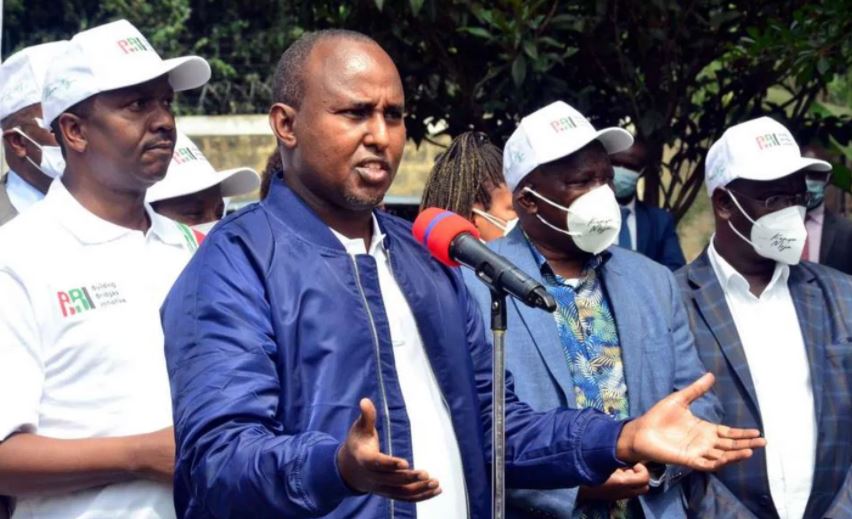 Through Minority Whip in the National Assembly Junet Mohamed, the party issued an ultimatum to President Uhuru Kenyatta to remove Kibicho.

Junet told the Sunday Nation the President has to choose between their input in the push to amend the Constitution and his powerful PS whom they accuse of hijacking the BBI secretariat and sabotaging it.

“If he must continue meddling in the work of the secretariat if he must continue dictating how we do the work, if he is that indispensable, we will be left with no choice but to abandon BBI. (Mr) Kibicho is causing political constipation and we are not afraid of telling him that,” Junet told the daily.

The Suna East MP, who is also the co-chairman of the BBI Secretariat, warned that allowing Kibicho to run the show would not only complicate chances of a favourable referendum outcome but also make the BBI appear as a State project.

“You remember Uhuru (President Kenyatta) had to pitch tent in central Kenya to save BBI in the county assemblies thereafter (Mr) Kibicho bungled it. He can’t be playing politics and he’s a civil servant. We do not want him anywhere next to the secretariat’s work. He has to take a back seat,” he said.

Junet further accused the PS of making the BBI about provincial administration.

“He wants us to be part of the chiefs and county commissioners he orders around,” he said.

Adding: “Our position is clear, if he has to continue being part of the process, we will leave it to him. He has created a separate command structure through which he thinks he can bulldoze us around.”

Ruto – My Main Rival is Raila. The Rest are Opportunists < Previous
4 Reasons To Get CBD Wholesale & Become A Distributor Next >
Recommended stories you may like: