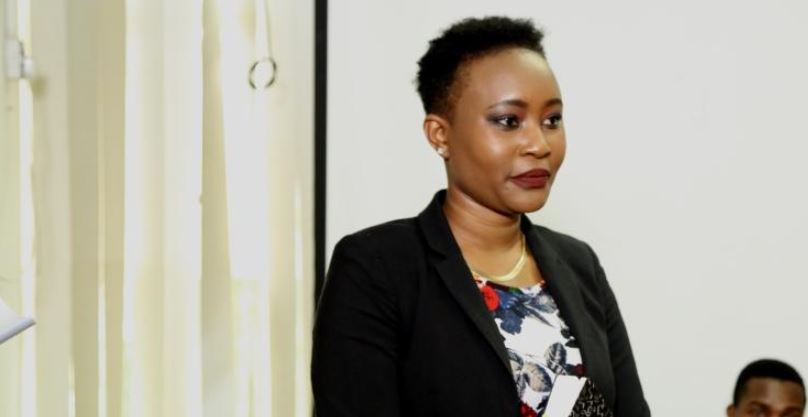 The 30-year-old who started her career selling phones at a Safaricom shop holds a Bachelor of Business Administration (BBA) majoring in Marketing and Finance from Mount Kenya University Kenya.

My childhood was very adventurous and enjoyable. I was born and raised in Umoja 1, in a Christian family. I am the last born out of nine children. Growing up, I was a very cheeky child, I guess it was because being the last born and having seven brothers meant I was guarded and untouchable in the estate.

My educational journey started at Unity Primary School in Umoja where I sat my Kenya Certificate of Primary Education. Thereafter, I joined St Francis Secondary but later transferred to Moi Girls Kamangu, where I completed my secondary school education.

After high school, I enrolled in a computer certificate and diploma course at Kenya Methodist University. I later joined Mount Kenya University, where I studied business management and administration, majoring in marketing and finance.

I started my career journey working as a promoter at Neo Marketing, where I sold Blackberry phones at a Safaricom shop on Kimathi Street in Nairobi. I earned Sh500 a day for two weeks. My drive and determination saw me rise to the role of a project manager, where I was in charge of handling different brands such as Safaricom, Multichoice, Mumias, iPhone, Blackberry, and Creambell (Daima).

I was eager to try my hand at a difference experience, so I joined Despec, where I was part of the team that successfully introduced Obi Mobiles, which was founded by former Apple CEO John Scully, into the African market. The brand performed extremely well. 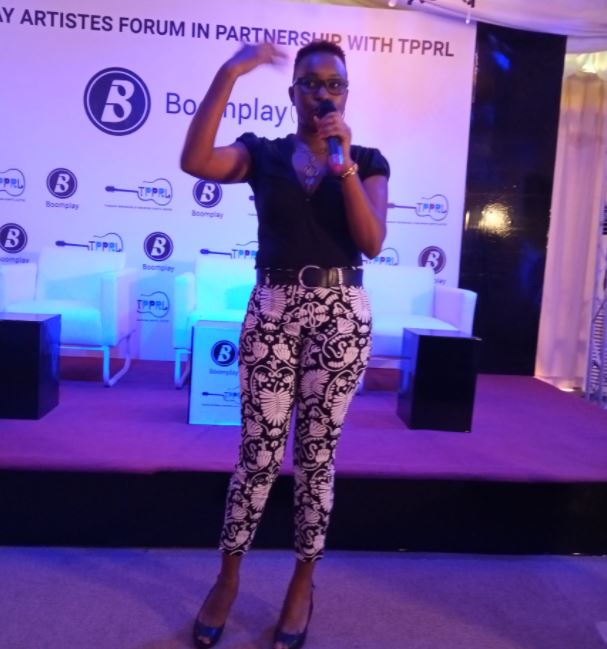 With my never-die spirit and interest in the tech space, I joined Mdundo as head of marketing for East Africa. In 2017, I joined Boomplay as senior marketing manager, for East Africa. Two years later, I was promoted to general manager-Kenya. At the end of 2019, I was appointed as the managing director, East Africa, a role I currently hold.

When I look back on my career journey, there are several highlights. However, the one that stands out the most is coordinating and planning the Safaricom Open Day across 13 cities from 2013- 2014. I hardly slept during that period! In 2014, our target for the first half was Sh530 million, which we surpassed! It was a huge celebratory moment for the team and me.

Communication, discipline, teamwork, leadership and curiosity to broaden by knowledge have been the driving forces in my growth over the years.

Some of the people who influenced my career trajectory are my former boss Andrew Kangethe, managing director of Neo Marketing, who pushed me to get out of my comfort zone.

He was tough but taught me discipline, plus how to break boundaries. So did Anne Njathi who headed the client service department at the time. She was very tenacious and taught me the importance of striving for more knowledge. In the tech arena, Waithera Kabiru, the ‘digital diva’, ignited my curiosity in the digital business and strategy space. I look up to Michelle Obama. She is an unerring representation of strength, resilience, knowledge and power.

A message to my younger self would be to, ‘Always listen to your intuition, be disciplined, and patient.

My plans? It would be too cliché to say ‘the world is my oyster?’ because that’s exactly how I feel. I’m ready to continuously break boundaries as a young woman in the industry, while also mentoring young women to find their career breakthrough. I also look forward to celebrating more milestones for Boomplay as we affirm our position as the pacesetter in the continent.

A message to my younger self would be to, ‘Always listen to your intuition, be disciplined, and patient! Also, don’t worry everything will be fine! Oh, one more, don’t be shy, speak your mind!

To the youth, always be disciplined (I can’t empathize this enough), strive to get more knowledge, don’t be fearful to try out new things. Work hard, but most importantly, work smart. Life is easy if you have a plan, life is hard if you don’t have a vision.

In the near future, hopefully, marriage and children- just 3.