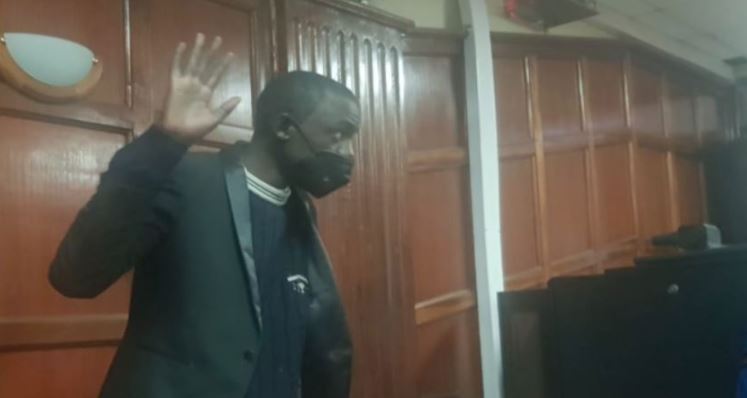 A man who released a video of Lamu Senator Anwar Loitiptip smoking shisha has been sentenced.

Last month, Jones Ochieng Mbolo pleaded guilty to attempting to extort money from the senator and his female companion Aeedah Bambi Ahmed. He had tried to extort Sh200,000 before he was arrested and charged.

Magistrate Martha Mutuku made a ruling on Thursday, March 18, sentencing the accused to one-year imprisonment.

The magistrate noted that Mbolo was not remorseful despite his guilty plea and was therefore not suitable for a non-custodial sentence.

The court also noted that even after giving him time for soul searching he was still not remorseful for his actions.

Mbolo had pleaded for a non-custodial sentence saying the reason he released the video was because the senator insulted him.

He also claimed that a probation report on his financial status which indicated he does not have any money was not correct. He claimed he has Sh3.5 million in locked savings at a local bank and if given his phone he would show the court his balance.

A probation officer had noted that Mbolo has a lying problem and pretending he lives a lavish life which he does not.

Magistrate Martha Mutuku sentenced him to one year in jail or pay an alternative fine of Sh200,000.

Matatu Owners To Hike Fares Over High Fuel Cost < Previous
Police Nab 700 Kgs of Marijuana in Clean Water Bowser Next >
Recommended stories you may like: