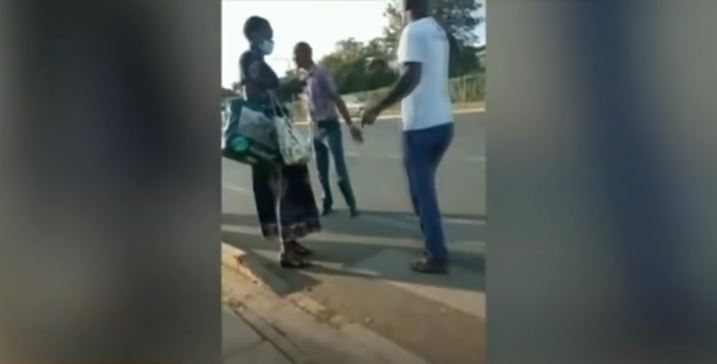 The National Transport and Safety Authority (NTSA) has taken punitive action against Grand Travellers Solution Sacco and two of its crew after they were filmed harassing two passengers in Nairobi.

The commuters – Alice Sanya and Mercy Kiplamai, had on January 4, 2021, confronted a matatu tout for carrying excess passengers in contravention of COVID-19 measures.

Sanya and Kipkamai, who are Royal Media Service employees, boarded the matatu(KAS 349 L) at Prestige Mall along Ngong Road on the way to Ngong Racecourse.

During the journey, the tout added more passengers forcing them to seat three on each row.

“We sat two people each as required but after getting to Adams (Arcade) the conductor insisted on carrying three passengers each,” Sanya said.

When they confronted the tout for disregarding Covid-19 rules, the matatu crew kicked them out and threw their luggage out of the vehicle.

Kiplamai caught the incident on camera before they reported the matter at Kilimani police station.

NTSA has confiscated both the driver’s and the tout’s license for six months. Upon completion of the suspension, the driver will be required to retake driving tests while the tout will have to obtain a Certificate of Good Conduct from the Directorate of Criminal Investigations (DCI).

The matatu crew are also expected to be arraigned in court once investigations are completed.

NTSA also said it will investigate the Sacco, test all its drivers and vehicles before deciding whether to suspend it or allow it to continue with its operations.

Sh444 Million Stolen By Ex-Kenya Power Boss To Be Returned To Kenyans < Previous
All The Trending Pics This Friday Next >
Recommended stories you may like: