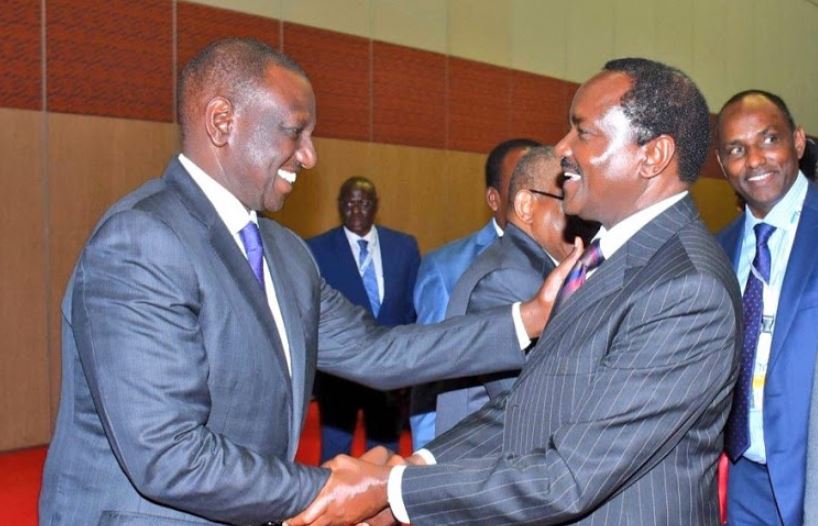 Wiper party leader Kalonzo Musyoka has once again hit out at Deputy President William Ruto, challenging him to undergo a lifestyle audit.

Just days after he accused the DP of nepotism and hypocrisy over the rotational president debate, Kalonzo on Monday alleged that Ruto has a known history of land grabbing and corruption.

“I challenge DP Ruto alias ‘Arap Mashamba’ well known for his unbridled greed for both public and private land, to offer himself for investigation concerning the scandals that are in the public domain,” said Kalonzo.

The former Vice President went ahead to list some of the scandals linked to Ruto, including Weston Hotel land, attempted land grab of Lang’ata road school playground, fake arms scandal, Arror and Kimwarer dams scandal, among others.

“We, therefore, demand on behalf of all Kenyans that the DP subjects himself to a transparent lifestyle audit. Let us be honest with ourselves, as leaders we must learn to be accountable for all our acts of omission and commission and this is what is required of us under Chapter 6 of the 2010 Constitution.

“In this regard, I urge Arap Mashamba to stop being hypocritical and to take responsibility for his misdeeds which stink to the high heavens! It is so sad to know that DP Ruto has been fomenting divisions and indeed a class war instead of preaching unity and cohesiveness. As a disruptor of law and order, he is easily comparable to the outgoing President of the United States Mr Donald Trump,” Kalonzo fired.

He was responding to claims by DP that he (Kalonzo) grabbed that Yatta land where his house sits.

When Western Bypass Is Expected To Be Completed < Previous
‘Hustlers In Choppers’: Junet Mohamed Bashes DP Ruto Allies Over Helicopter Ride Next >
Recommended stories you may like: